Lazy Susan's Tapas Bar is a new small plates restaurant with an old school vibe, and it's built to encourage people to spend quality time together. 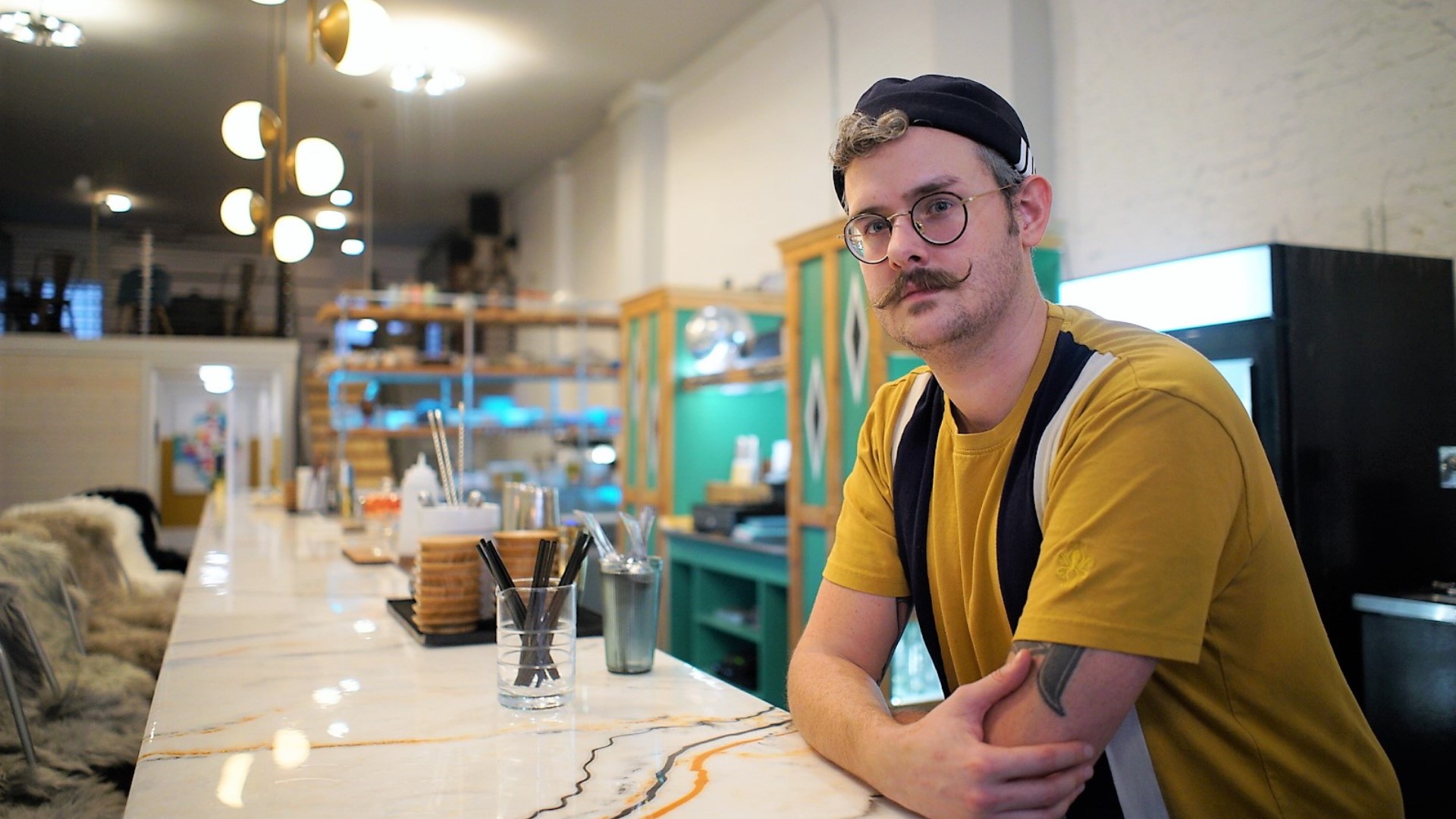 MACON, Ga. — A new tapas bar is open in downtown Macon, and one of the owners says he’s ready for folks to come in and sit a spell.

Co-owner and manager Ryan Smith said he was inspired to open this eclectic, mid-century modern spot after he went out to dinner with his wife and noticed a lot of patrons were on their phones during the meal.

“We kind of wanted to go back to analog,” he said. “Everything in here is trying to bring some mid-century into our modern era. We don’t do free Wi-Fi. We don’t have TVs. All of our music is vinyl.”

With faux fur throws draped over the bar seats and couches lined up throughout the dining area, Lazy Susan’s takes folks back in time while presenting an at-home atmosphere. Smith says it’s all intentional.

“We just wanted to create an atmosphere, you know, food, and vibe that kind of encourages groups to come and hang out for a while and spend time with each other. Quality time,” he said.

The restaurant has tapas – tapas are small plates. Smith says instead of focusing on Portuguese, Italian, Spanish, or Southern dishes, Lazy Susan’s offers a blend of them all.

“We really want to make it about the experience of sharing food with your friends,” he said.

He says the Tosta is a must-try at the restaurant. It’s an open-faced sandwich topped with prosciutto, arugula, goat cheese, pepper jam spread, marigold, fresh pear, and mustard seed caviar.

Lazy Susan’s does not have its alcohol license yet, but Smith says they should have it within the next two weeks.

“It’s been not packed, but steady,” he said. “Not having our alcohol license and being a bar with great food, it’s been a great response so far.”

For now, people can bring their own beer and wine, and there’s a $10 corking fee for the first bottle. Subsequent bottles have a $5 fee.

“That way, people can come in and enjoy the tapas and enjoy our atmosphere, enjoy the food and the music and all that, without having to worry about not being able to have a drink.”

Smith says the food menu changes six times a year and, when they have their alcohol license, the drink menu will, too.

Right now, they make their own flavored tonic and soda water from scratch. Smith plans to have spritzers, a mix-and-match your cocktail section, and more on the drink menu.

“We’re just trying to make it whimsical and fun,” he said.

He also says the restaurant will hold “Tasting Tuesdays” events. The tapas bar will have a separate menu on Tuesday nights with four- or five-course meals and suggested wine and cocktail parings.

“It allows our head chef, Brian Fitzgerald, to really flex his creative muscle,” Smith said. “And it allows people to come in and have an experience that they’re not going to see anywhere else in town and to kind of set aside as a date night.”

Smith plans to transition his spot into a wine bar as well.

People can also bring their own records when they come to Lazy Susan’s. Smith says he’ll play it while you’re there – only if the record is made between 1950 and 1979 – and you’ll get 10 percent off of your order.