The kindness of strangers | 13WMAZ viewers help out Tonya Wright

During the Macon Food Story, viewers noticed Tonya Wright was in desperate need of new appliances, so they stepped up to the plate and surprised her 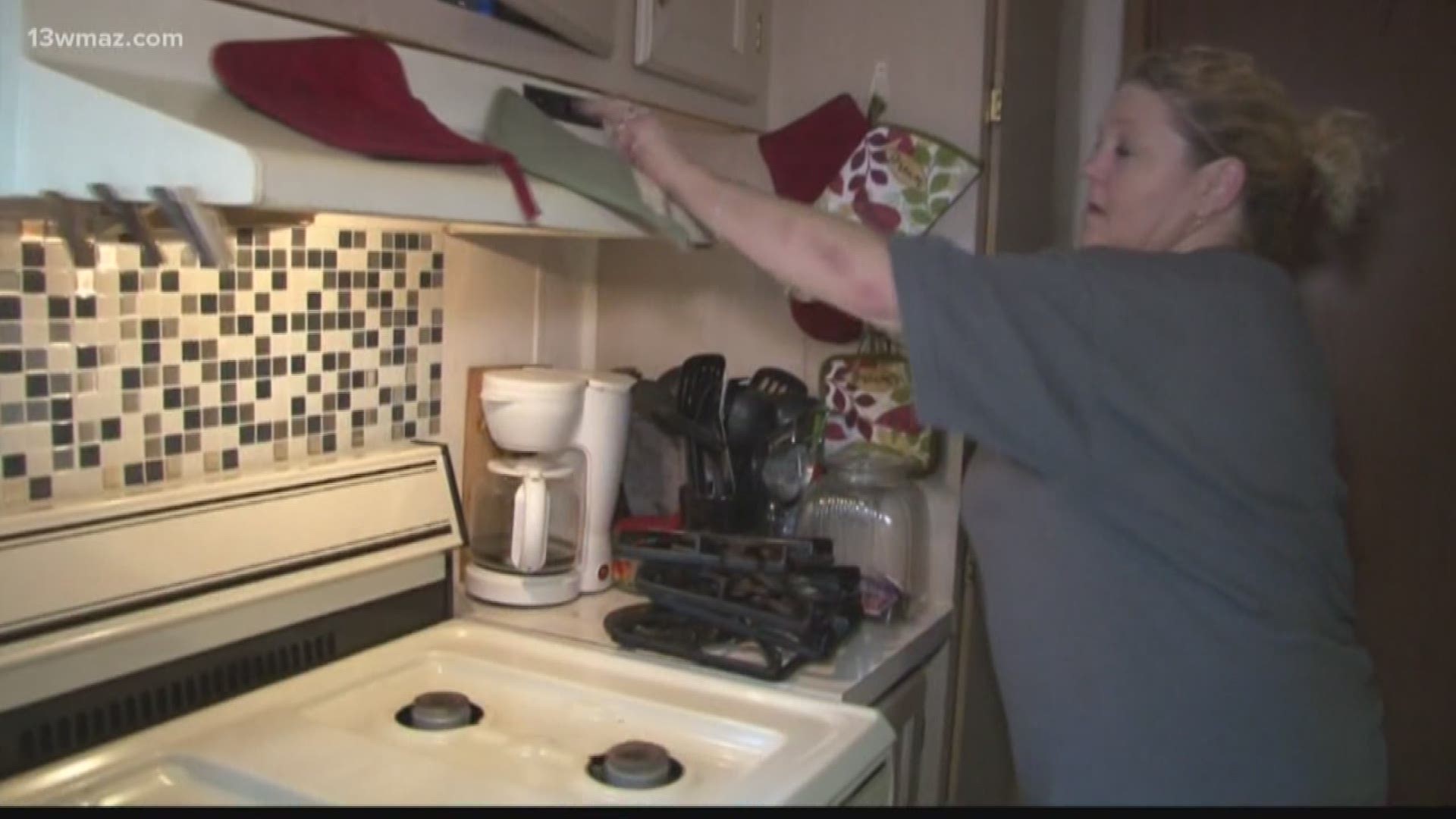 This week we are continuing the Macon Food Story.

13WMAZ, Mercer University's Center for Collaborative Journalism, Georgia Public Broadcasting and The Telegraph are all working together to bring you the stories that feed our soul.

This week, we’re taking a step back to catch up with someone who shared her story with us when the series first began.

As part of the Macon Food Story, Tonya Wright in Centerville shared her struggle to keep food on the table for herself and her son, but that’s not what stood out to two very special viewers who decided to help.

“I don’t know what to say besides thank you. Thank you, Jesus," she said.

Tonya’s had five strokes over the last few years, and is now the single caretaker of her son, Aubrey.

Both suffer from a neurological disorder called Leigh’s Syndrome. While sharing her story about food, two Macon Food Story viewers noticed something else -- appliances desperately needing an upgrade.

“The stove worked when I bought the house. It worked two weeks. It hasn’t worked since," she said.

What happened next overwhelmed her.

“I’m not used to having things done for me. I always took care of myself and can’t anymore," she said.

A new washer, dryer, microwave and stove were delivered and installed in Tonya’s home at no cost to her thanks to viewers of the Macon Food Story Special.

“I love them. What a blessing. There are still good people on this earth and I don’t know what else to say besides thank you," she said.

The two viewers who donated the new appliances to Tonya said they did not want to be the focus of the story.

Still, Tonya says she is very thankful and is looking forward to being able to cook an entire meal for her family over the holidays.