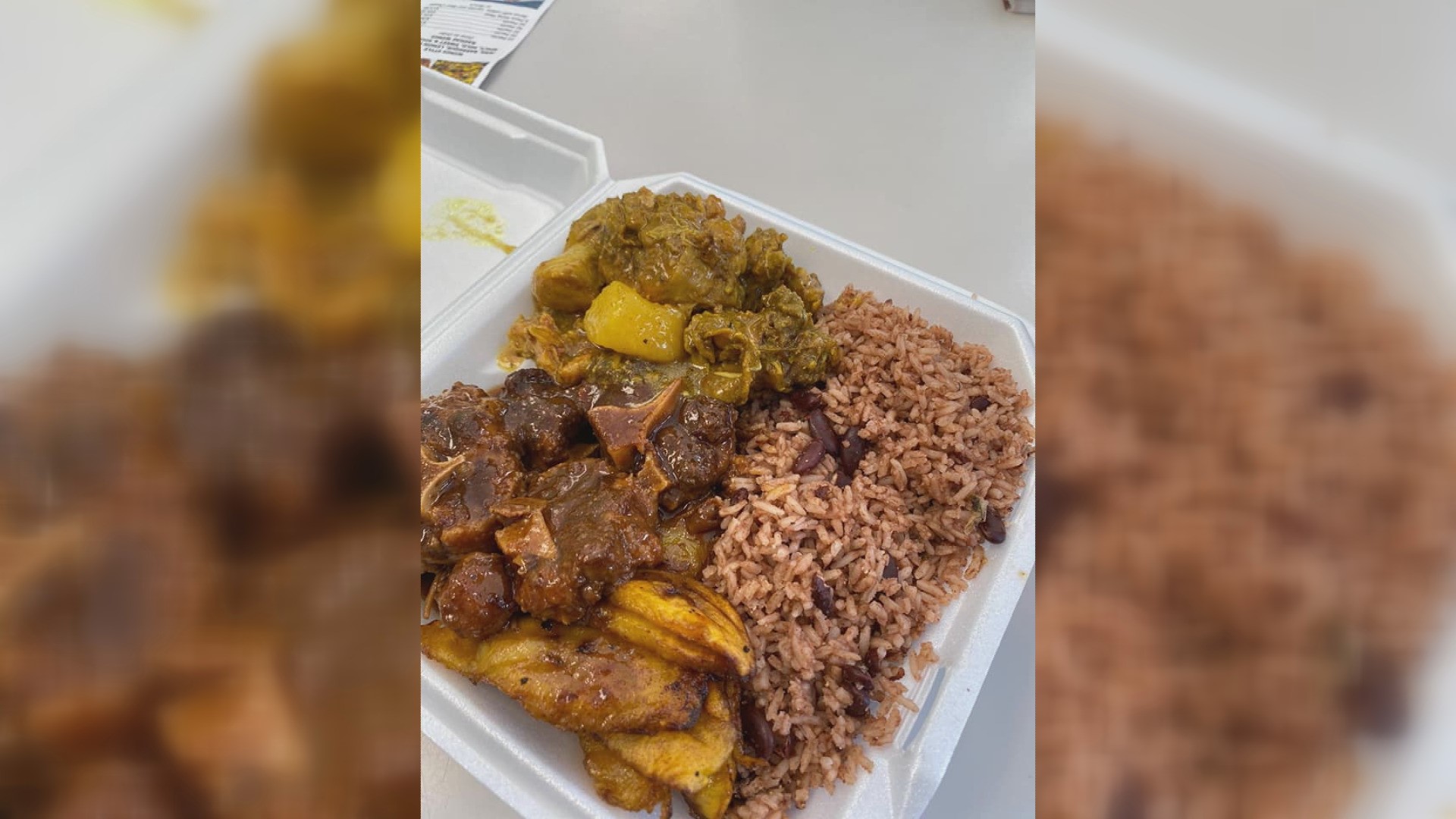 MACON, Ga. — A new Jamaican restaurant is open on Pio Nono Avenue, and one of its owners says it has authentic cuisine.

“Our first day, I would say, was excellent,” co-owner Lovane Carty said.

Carty says they have plenty of vegetarian dishes too. Ital stew, which is made from vegetables cooked down in coconut milk, is a popular dish.

But she says the reggae pasta is a must-try.

“I have people from all over coming in trying to try the reggae pasta,” Carty said. “And now they’re not just taking a side order, they’re taking a medium box or a large box.”

Island Pot is a joint effort between two married couples. The restaurant has four co-owners – Lovane Carty and her husband, Michael Stewart, and Paul and Jacquline Black.

Both Carty and Stewart and the Blacks are originally from Jamaica.

Posted by Islandpotja on Saturday, August 1, 2020

“One day we were sitting, and we were discussing about, you know, we want to open a restaurant, but we want it to be authentic, you know the real Jamaican taste,” she said. “So, we had to get up all of the spices, all of the Jamaican herbs and stuff like that in order to keep that taste.”

Cary says being able to bring the taste of home to Central Georgia feels “awesome.”

“It’s a wonderful feeling. I tell you, it’s amazing to know, you hear the customers feedback and to know that they’re well satisfied, they’re pleased with the food,” she said.

She says the restaurant authenticity coupled with its customer service sets it apart from the other Caribbean spots in town.

“We have such a warm welcoming team that is outstanding and is ready to please our customers,” she said.

Carty says so far, the restaurant has not faced any significant challenges due to COVID-19. They’ve strategically organized it so that people can stay socially distant, added separation glass at the register, installed sanitation stations, and employees wear masks while working, she says.

Head to the restaurant's Facebook page for the full menu.