The owners want to educate people about wine and help make drinking it seem more fun and approachable. 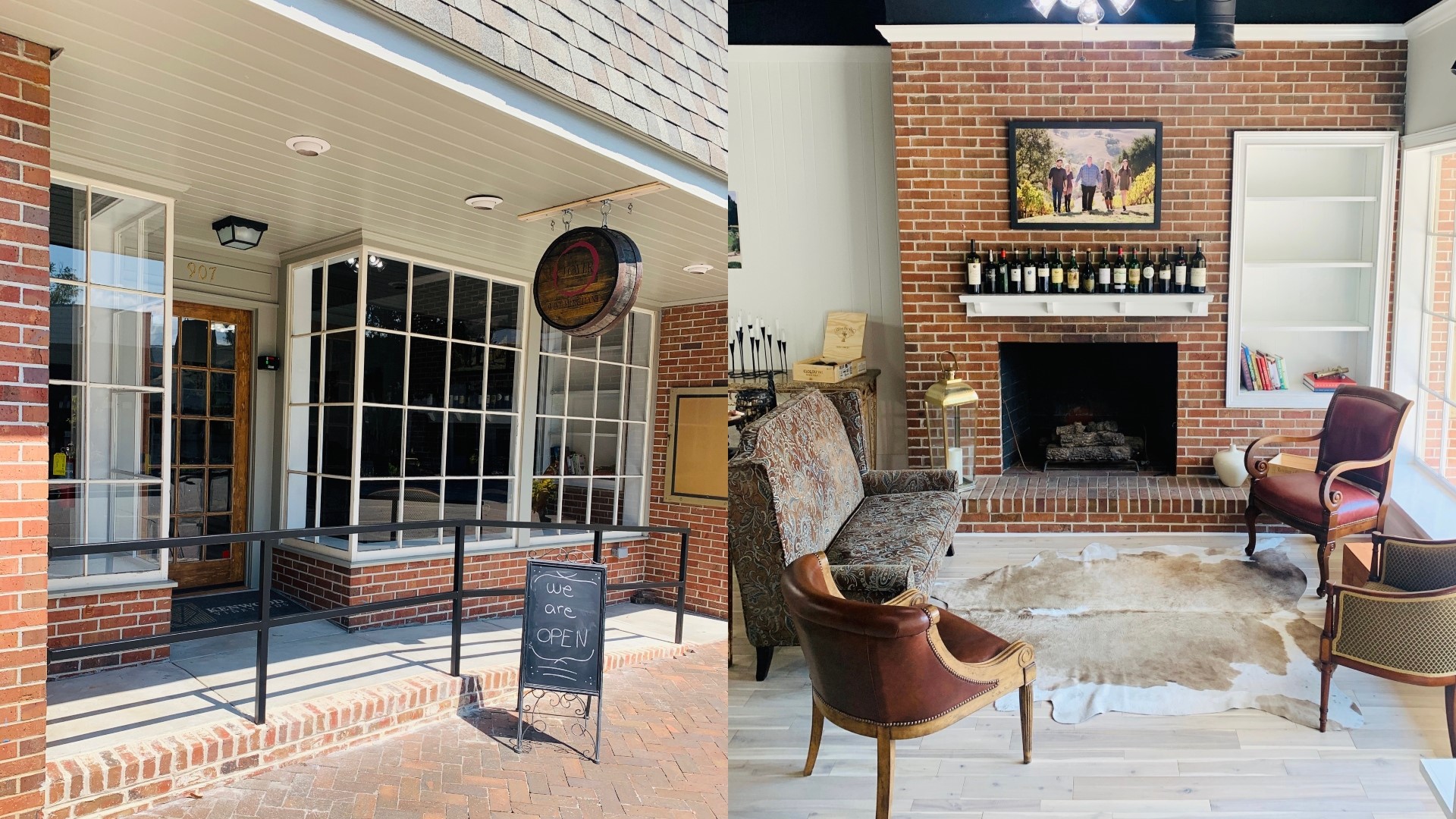 PERRY, Ga. — A new wine store with a tasting room is now open in downtown Perry.

Clover Wine Merchant opened this summer. Michael Tomlin and his wife of nearly 27 years, Lannette, opened the brick and mortar this summer.

“We own and operate everything,” Michael said.

Michael says they’ve both been in the food and beverage industry for nearly 30 years and started Clover as an online company in California.

After moving back and forth from Central Georgia to California several times since 1993, Michael says the couple decided to return to Perry in April to join their daughter and granddaughter – the business' namesake.

At Clover, customers can walk in, browse through an extensive wine selection, and even sit down for a tasting. If people are not familiar with wines, the Tomlins are happy to make a recommendation.

“Pick peoples brains and ask them questions and you see what they like and what they normally drink,” Michael says.

Since Clover is a store and wine wasting room, they don’t carry their own wines like a winery or serve food like wine bars, but they do welcome children inside and offer pre-packaged charcuterie platters with wine tasting.

Michael says they want to educate people about wine and help make drinking it seem more fun and approachable.

Wine prices at Clover start at $22 and go up to $200. Michael says one item they carry that stands out is Pol Roger Champagne.

According to Forbes, it’s the same champagne that was served at the Royal Weddings of Prince William and Kate Middleton and Prince Harry and Meghan Markle.

“It was on my website in California and when I got here, of course, I had to track it down and sell it here as well because it’s delicious,” Michael said.

Michael says he’s proud to open a business in Perry and he’s thankful for the community’s support.

“I can’t say enough positive things about the City of Perry, all of the council people, and how hospitable these people were in making everything happen,” he said.

People can also book private events at Clover. Michael says, due to the pandemic, they are only booking parties of 25 in their back room, which normally seats up to 45 people.

Clover is located at 907 Carroll Street in Perry.