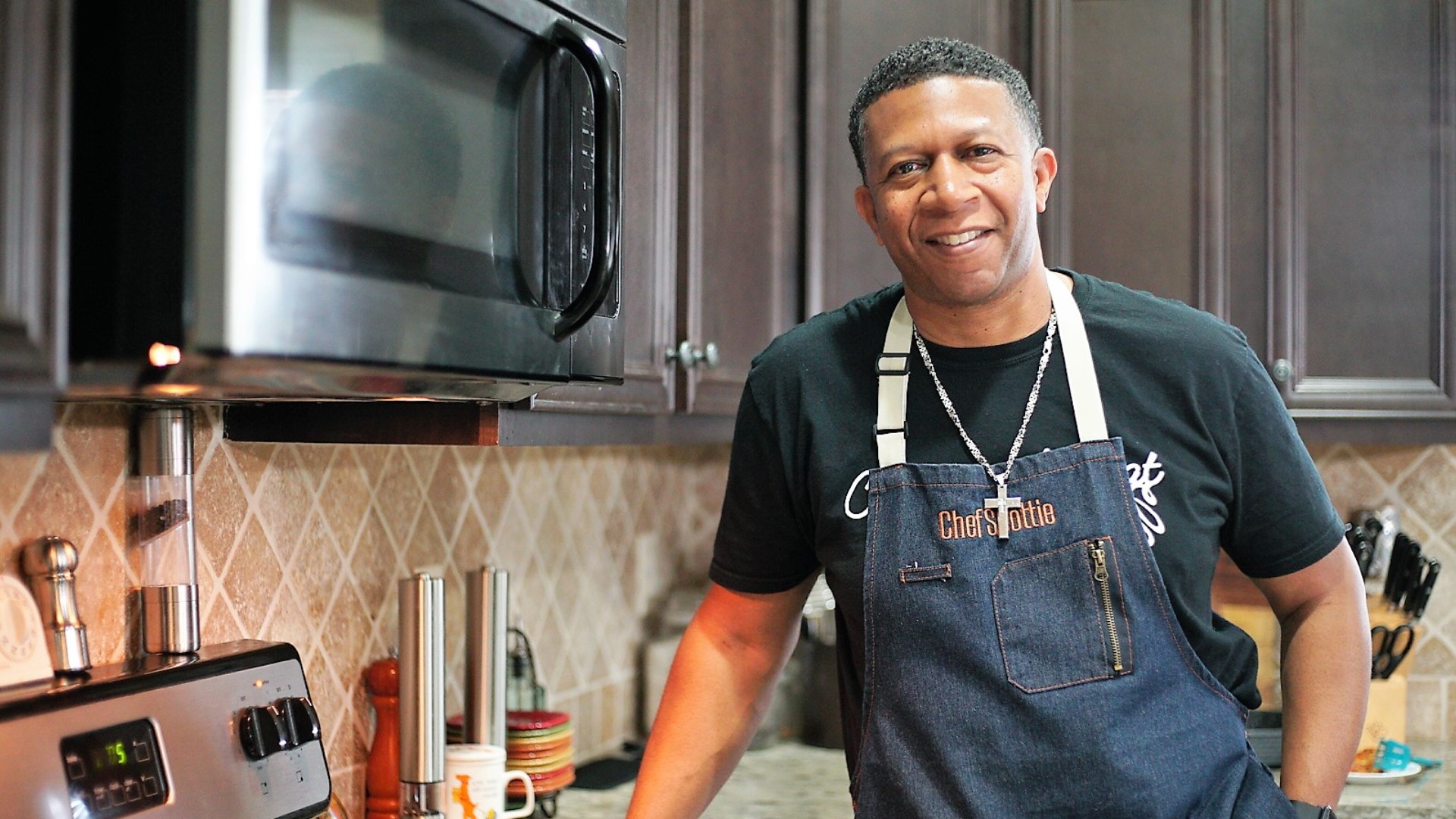 He submitted his bio and information to the 2019 Georgia Seafood Festival Competition. About two weeks later, he got an email saying he was accepted to participate.

“I said, ‘You know, let me try.’ I don’t usually do competitions,” Johnson said. “But I said, ‘You know what I’m going to do this and have fun and see what it’s all about.'"

On Nov. 9, Johnson was crowned the winner at The Battery in Atlanta.

Now, he’s looking forward to heading to Dallas in 2020 to participate in the World Food Competition.

Being a chef is new to Johnson. He grew up in Chapel Hill, North Carolina, and ended up in Central Georgia after more than two decades in the military.

“I was an artillery guy,” he said. “A combat soldier doing numerous deployments.”

In October 2015, Johnson retired. At his retirement party, he announced he was heading to culinary school.

“I never cooked in the military,” he said.

Johnson is a graduate of Helms College in Macon. He says he has many signature dishes, but one of his favorites is shrimp and grits.

“Who doesn’t love seafood?” he said.

He says he loves cooking with seafood because it gives him a chance to blend his wife’s culture with his own. His wife, Lowanda, is from Baton Rouge, Louisiana.

“I tell people I do Southern-Cajun cuisine because we tie the two together in with the Baton Rouge, North Carolina,” Johnson said.

Four chefs competed in three rounds during the seafood competition.

Johnson made Seafood Succotash for round one, Tequila Salmon Carre for round two, and finished off the contest with Grilled Lobster Opelousas with Squid Ink Pasta for round three.

“It was a fun day,” Johnson said. “And it was long, and I came out on top. That made it even better.”

Johnson is currently a private chef and owner of Blessed and Highly Flavored Private Chef Services. He says the best part of his job is meeting new people.

“People. People inspire me. My clients inspire me because they enjoy what I do,” Johnson said. “So, by me providing what I think is a gift — I say a gift from God that was given to me — to be able to showcase it and show people, and when they enjoy it what’s what inspires me to do it more.”