Georgia Artisan is turning old into new, using the salvaged wood from the remnants of historic Macon homes that caught fire last year 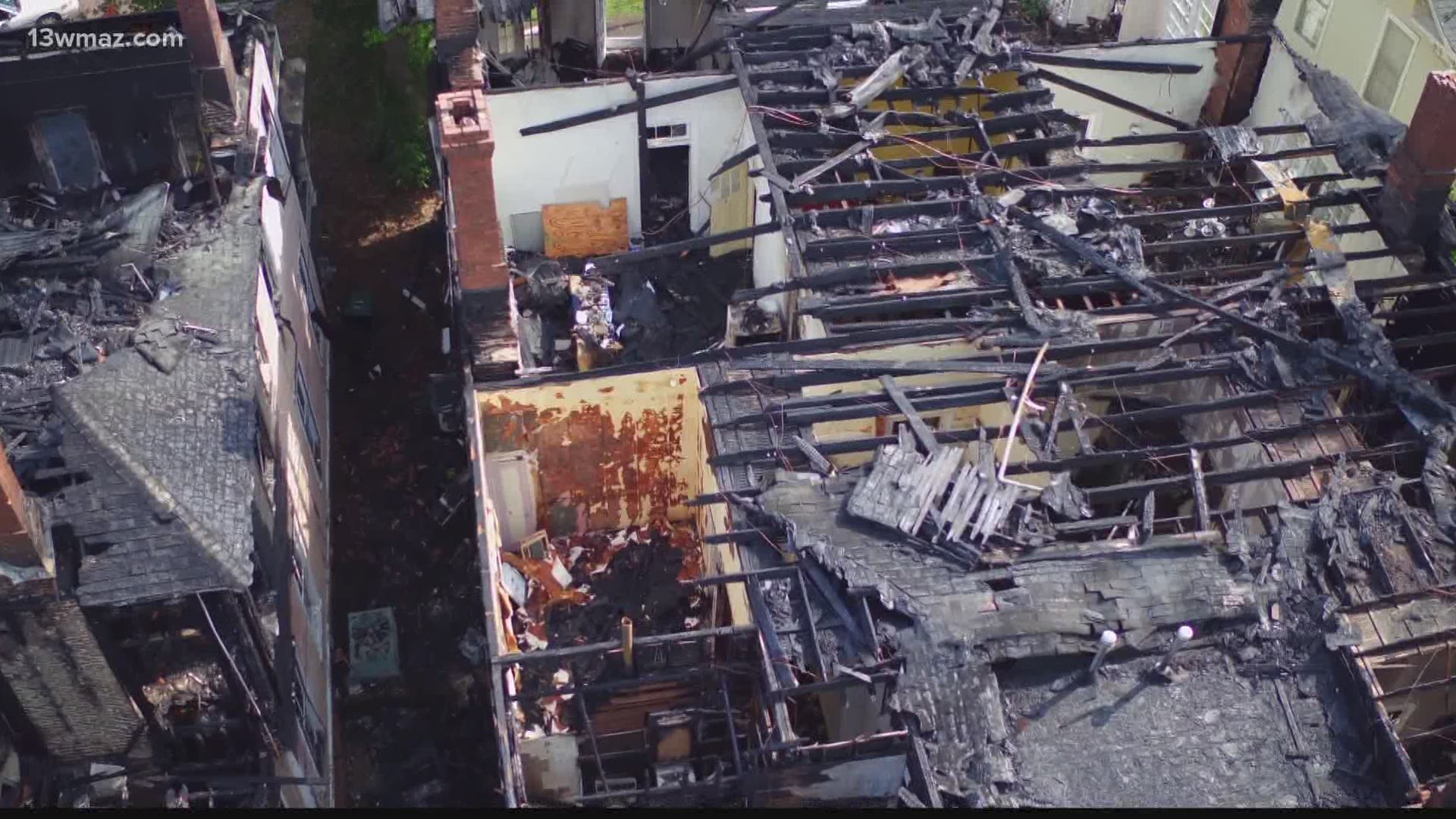 MACON, Ga. — They say one man's trash is another's treasure.

Three homes on High Street in downtown Macon went up in flames on a Wednesday night in 2019, sending five firefighters to the hospital.

"It was a house under renovation that wasn't being occupied and it was a pretty bad fire. It totaled that house. It totaled this house," said Andrew Eck while pointing to the remnants of a downtown Macon home.

Two of those structures were considered a complete loss, but now, over a year later, the wood from those homes is being salvaged and used to make furniture that will live on in other houses.

Eck is the owner of Blight Busters, a demolition business. Blight Busters is working to tear down the houses severely damaged in the High Street fires without bulldozers and excavators so the wood and other materials from the homes can remain intact.

"That actually salvaged the wood out of these houses," Eck said.

"So we sell tables, chairs, beds, all kinds of stuff made out of reclaimed wood coming out of houses like this," he said.

Eck says the salvaged wood is going to head to Georgia Artisan's production shop, where it will be dried, inspected, cut and built into furniture.

"This kind of wood is going to be more of an indicator because it's going to have some charred marks on it," he said.

For the next three or four months, Eck says the furniture produced out of Georgia Artisan will be made entirely with products from those damaged structures.

Georgia Artisan ships its furniture out to metro areas across the United States.

Eck says most of their sales come from outside of the state and these pieces, made from the weathered parts of former Macon historic houses, will live on in new homes across the country.

"That's kind of us as a whole mentality," Eck said.

"The entire company and everyone in it is like that. We've got a lot of people that come from different backgrounds," Eck said. "So we hire a lot of people that are untrained and unskilled starting out, whether it's here on the demolition or in the production setting and able to train them up and give them jobs. Give them careers."

"It's great doing these demolitions because it gives dignity to the neighborhood. We're hiring people from the neighborhood oftentimes, showing that, 'Hey...your house has value,'" Eck said.

'We owe a lot to them:' Neighbors thank firefighters who battled downtown Macon fire