Georgia woman receives nearly 10,000 cards from around the world for her 105th birthday

Helen Mangham received cards from all 50 states in the US, Australia, the UK, Canada, France, Switzerland, Belgium, Puerto Rico, and more! 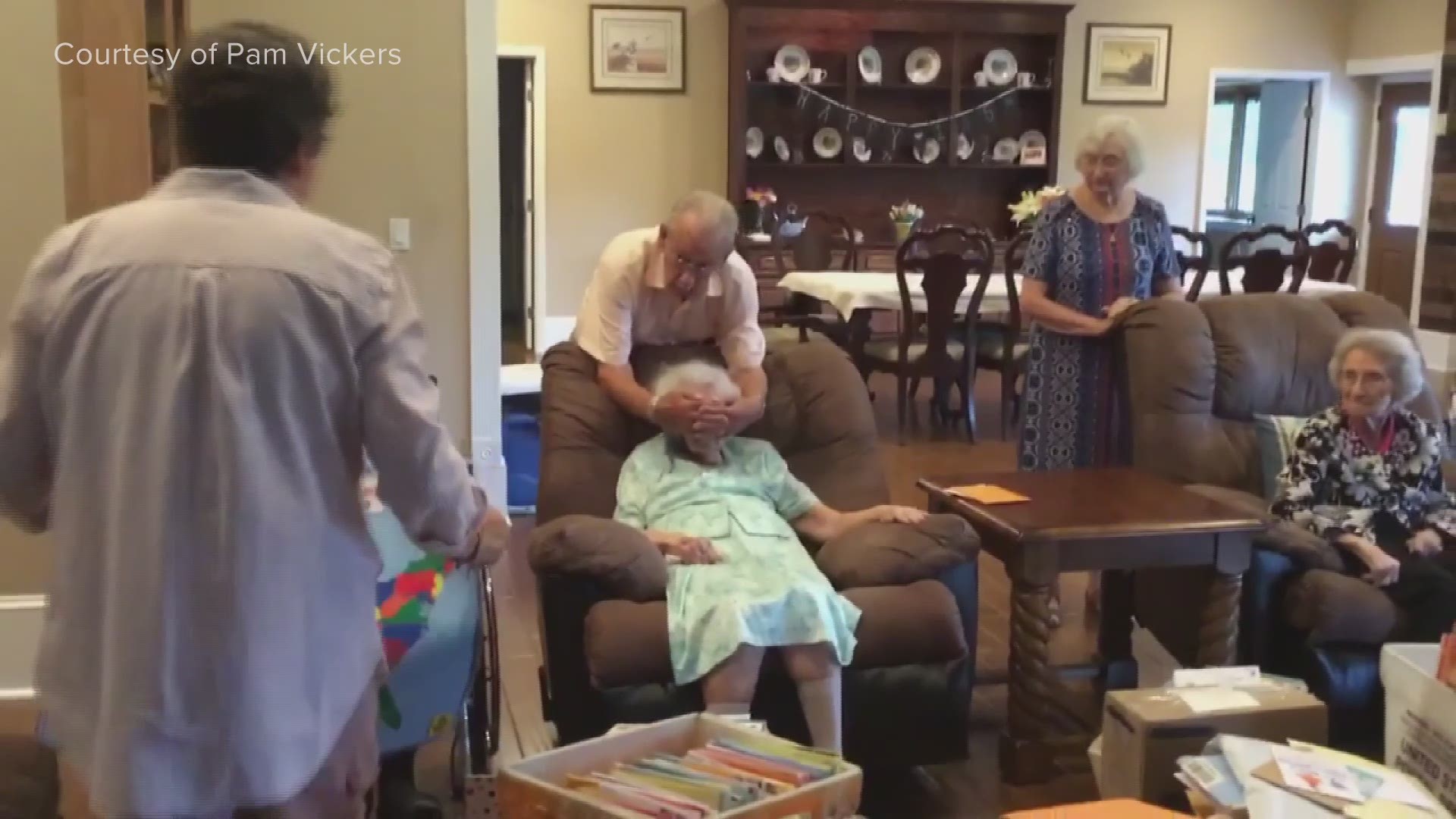 PIKE COUNTY, Ga. — A Georgia woman now has almost 10,000 cards to look through for her 105th birthday after her family asked people across the world to mail in celebratory cards.

It was all part of an effort to surprise Helen Mangham in Lifsey Springs, Pike County, Georgia for her 105th birthday on Aug. 2.

“It was very overwhelming to begin with,” said Mangham’s granddaughter, Pam Vickers.“I went through every single card and tallied up where the cards were from.”

The family planned to hold a large reception for Mangham’s 105th, but due to COVID-19, they decided to ask the world to join them in celebration since they couldn’t hold a large party.

Vickers says she was stunned at how many people around the world took the time to wish her grandmother well on her birthday.

RELATED: Family of 105-year-old Georgia woman asks for cards to celebrate her birthday

Credit: Pam Vickers
Thought you might like the following picture. This is how many cards/gifts by state and country.

Some people even sent in gifts.

“She was absolutely amazed that all of these people actually cared enough to send her a card or a gift. I mean she was just really touched,” Vickers said.

Vickers posted a video of Mangham’s surprise on Facebook. Her family sang 'Happy Birthday' on Sunday as Mangham sat looking at the cards in awe.

“It looked like she almost cried. She just grabbed her face. You know, she just could not believe it,” Vickers said.

The mail carrier delivered the cards in big mail crates for days, Vickers said. Some days there were up to five large crates filled with cards.

Vickers says she tallied up 9,668 cards, but there could be much more.

Mangham even received an autographed photo of Vanna White and Pat Sajak from Wheel of Fortune, one of her favorite shows.

“On behalf of her and behalf of my family, we’re very humbled by the outpouring of love and the showering of gifts that she has received,” Vickers said.