"I got to the red light and saw flames up from underneath the car.” 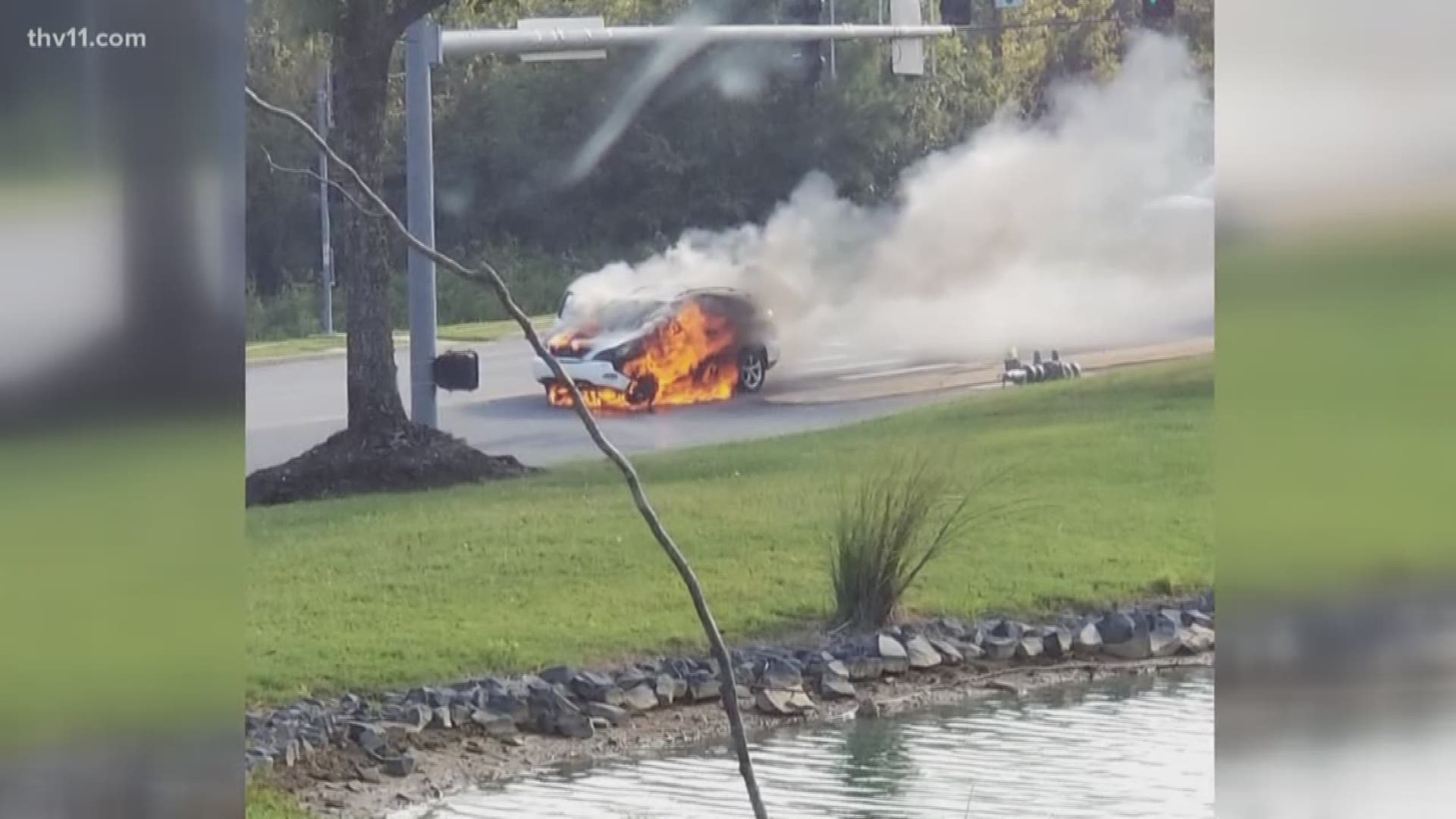 NORTH LITTLE ROCK, Ark. — What would you do if you saw a car on fire and a driver inside? Would you stop and help or assume someone else will intervene?

It's exactly the scenario that happened a few weeks ago in North Little Rock.

LauraLee Neldon was stopped at the light in front of New Life Church in North Little Rock one Tuesday evening.“I was in front of the church. I was at the stoplight waiting to go to Women’s Ministry,” said Lauralee Neldon.

It was while at that light when Neldon said she heard someone honking their horn. “I don't turn around and look because all I’m thinking is ‘people it is 5 o’clock, it’s 5 o’clock traffic, have some patience,’” said Neldon.

The honking wasn’t an impatient driver. Unbeknownst to Neldon, it was someone desperately trying to get her attention.

"I got to the red light and saw flames up from underneath the car,” said Wyatt Conner.

Seventeen-year-old Cabot High senior Wyatt Conner was on his way home from work when he saw smoke and flames coming from a vehicle stopped at the light.

“I thought me being a couple of car lengths behind someone would come but no one did so I just laid steadily on the horn until I caught someone’s attention,” said Conner.

It eventually did. Across the intersection, Sergeant First Class Gryphon Dickerson heard the horn and knew something wasn’t right.

“I paid attention for a second and I could also see some flames underneath the car. People were driving through driving by, videotaping. There were a lot of spectators while this was going on, but nobody got engaged,” said Sgt. First Class Gryphon Dickerson.

Sgt. Dickerson ran the light and got Neldon out of the car just in time.

“We go up two car lengths and turn around and that’s when the roaring flames are engulfing the driver’s side,” said Neldon.

Neldon’s car was consumed by flames in minutes, but miraculously, her bible was nearly untouched.

Sgt. Dickerson and Conner don’t consider themselves heroes. They just believe they were in the right place at the right time and took action.“In this scenario, you don't really have much time to think you have to just make a decision and roll with it,” said Sgt. Dickerson.

Neldon, however, thinks differently. “I honestly think that they are heroes and they should be recognized as such,” said Neldon.

Friday, October 4th on THV11 This Morning, the North Little Rock Fire Department presented both Sgt. Dickerson and Conner with a Letter of Appreciation and a Challenge coin.

Neldon was surprised with a new car from her church friends.

RELATED: 'Crying. Screaming. I Want My Mom, I Want My Dad' | Man's Trip to the Bank Becomes Rescue Mission After Bus Crashes

RELATED: ‘I became a mother on Skid Row’: After miscarriage, couple throws parties for homeless kids