Father and son complete bike trip across America | Get Uplifted

The two started in Washington State and just arrived at their destination: The Empire State Building in New York. 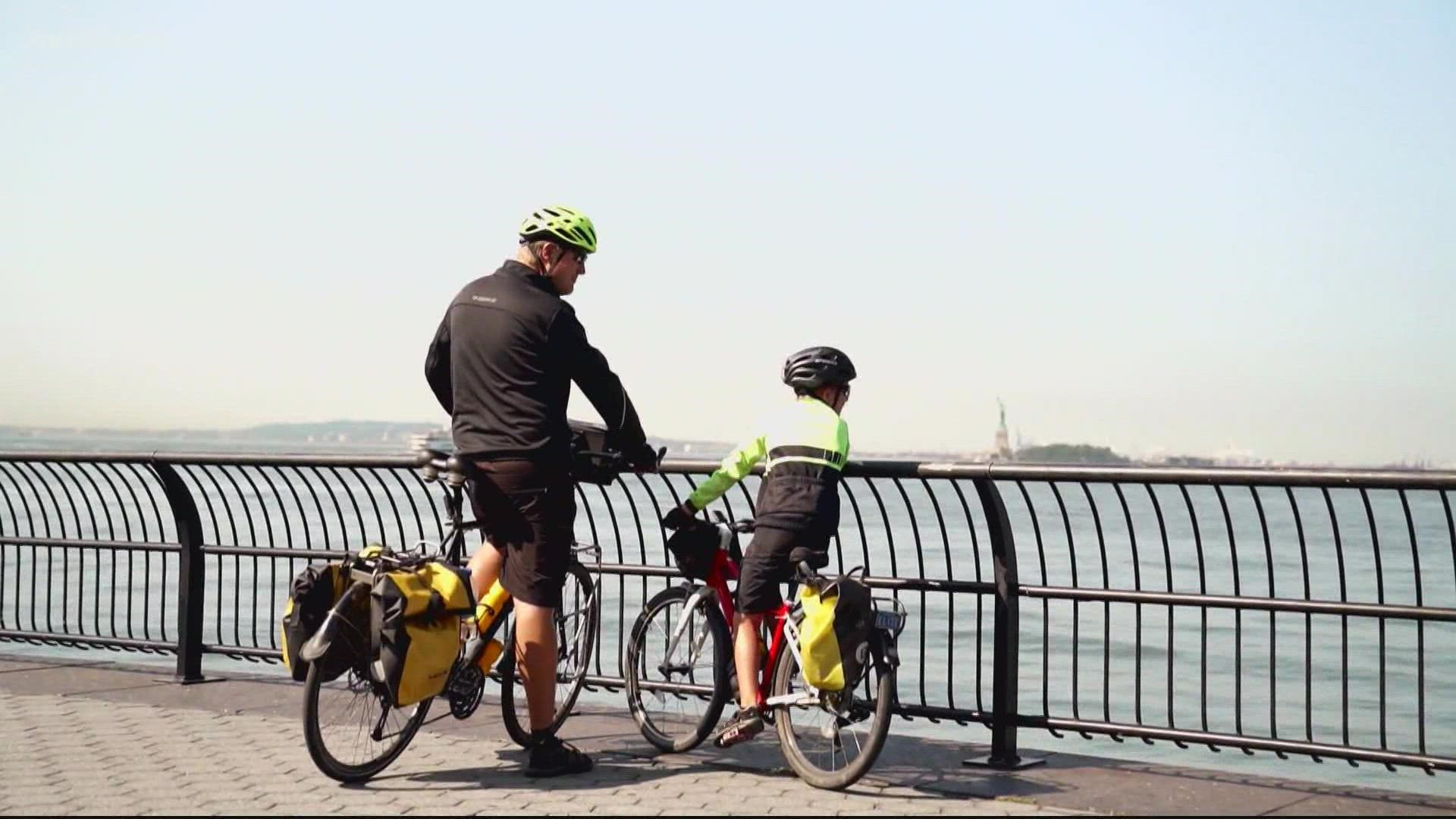 WASHINGTON — A father and son have spent the past several months biking across the country and now, they have arrived at their destination.

We first introduced you to James Colver and his son Shepherd in June, when they had just started their cross-country trek.

Their trip started in Washington state, and they have reached their destination this month, just as planned.

The trip was Shepherd's idea two years ago.

His father said that the trip would take all summer, to which 9-year-old Shepherd responded that it sounds great, spending all summer riding together.

Their journey was cut short in 2019 when Shepherd was diagnosed with type one diabetes.

Fast-forward two years, Shepherd has his Insulin, and the two are making their way across the country once again.

Shepherd was asked what's been the highlight of their journey so far.

His dad said the time together has been great, and he'll be disappointed when the trip comes to an end.

"Part of me is kind of dreading the fact that there's only 1,600 miles left. I'm going to feel pretty sad when we have to stop," James Colver said. "I've really had the time of my life."

Be sure to subscribe to the Get Up DC newsletter, where we'll be sharing an uplifting story every morning as well.

RELATED: Fairfax dog reunited with owners after months of searching | Get Uplifted