An 18-wheeler driver was in big trouble until a good Samaritan named Nathan risked his own life to save him. 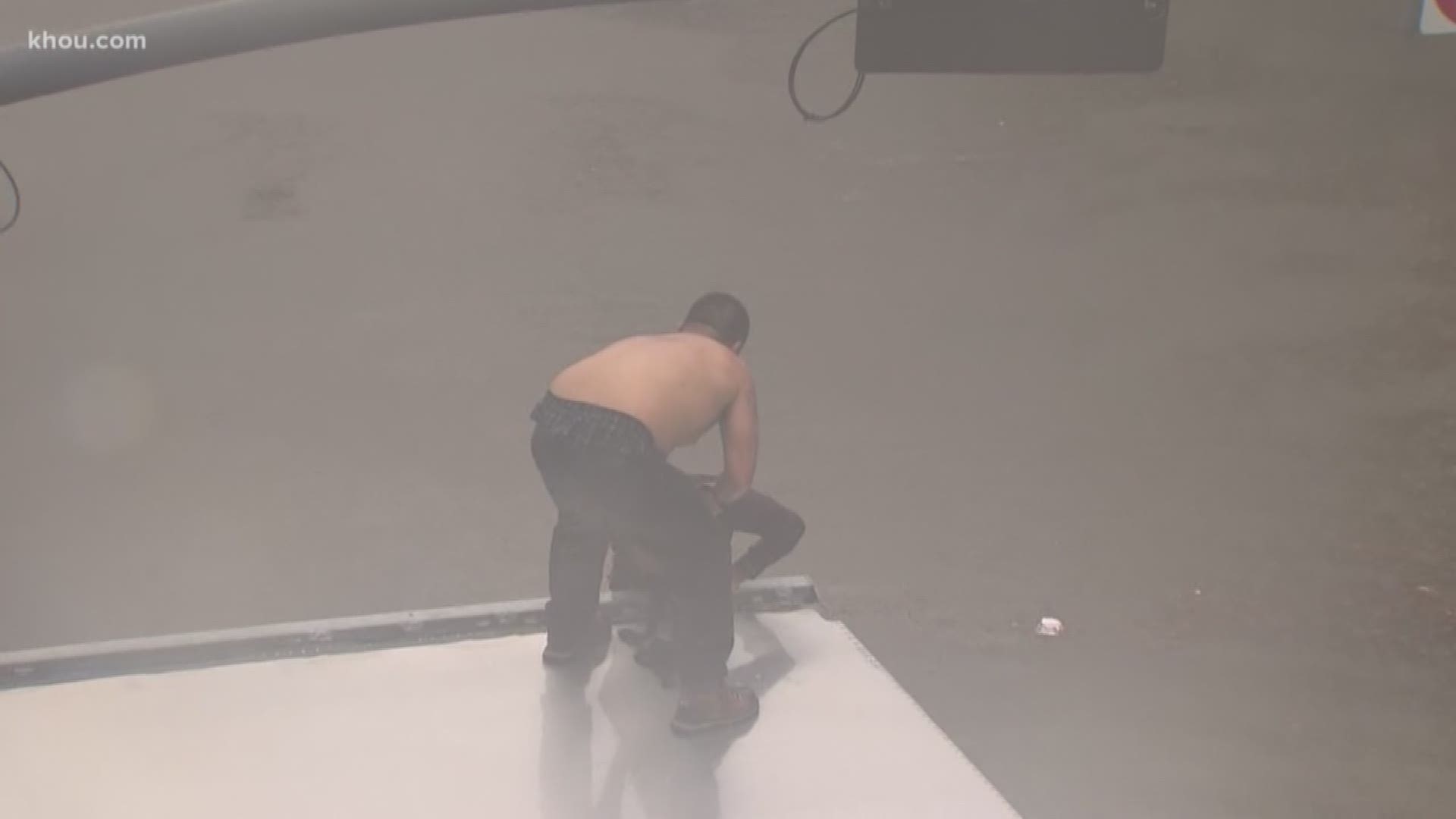 HOUSTON — A big rig driver made a mistake that nearly cost him his life Thursday afternoon in north Houston. But a hero with a hammer came to his rescue

The trucker drove directly into floodwater on the 59 northbound feeder road, near the Beltway.

A man named Nathan was walking above on 59 and saw it happen.

Correa also saw what happened but when she tried to call 911, she couldn't get through.

Within seconds, the water was up to the 18-wheeler's windshield.

Like Super Man in action, Nathan grabbed a hammer from his truck and jumped over the guardrail and on to the top of the 18-wheeler. He used his hammer to  break a window of the cab and helped the driver out.

Another man who had a rope in his truck stopped to help. He and a Harris County Sheriff’s deputy pulled Nathan up first. 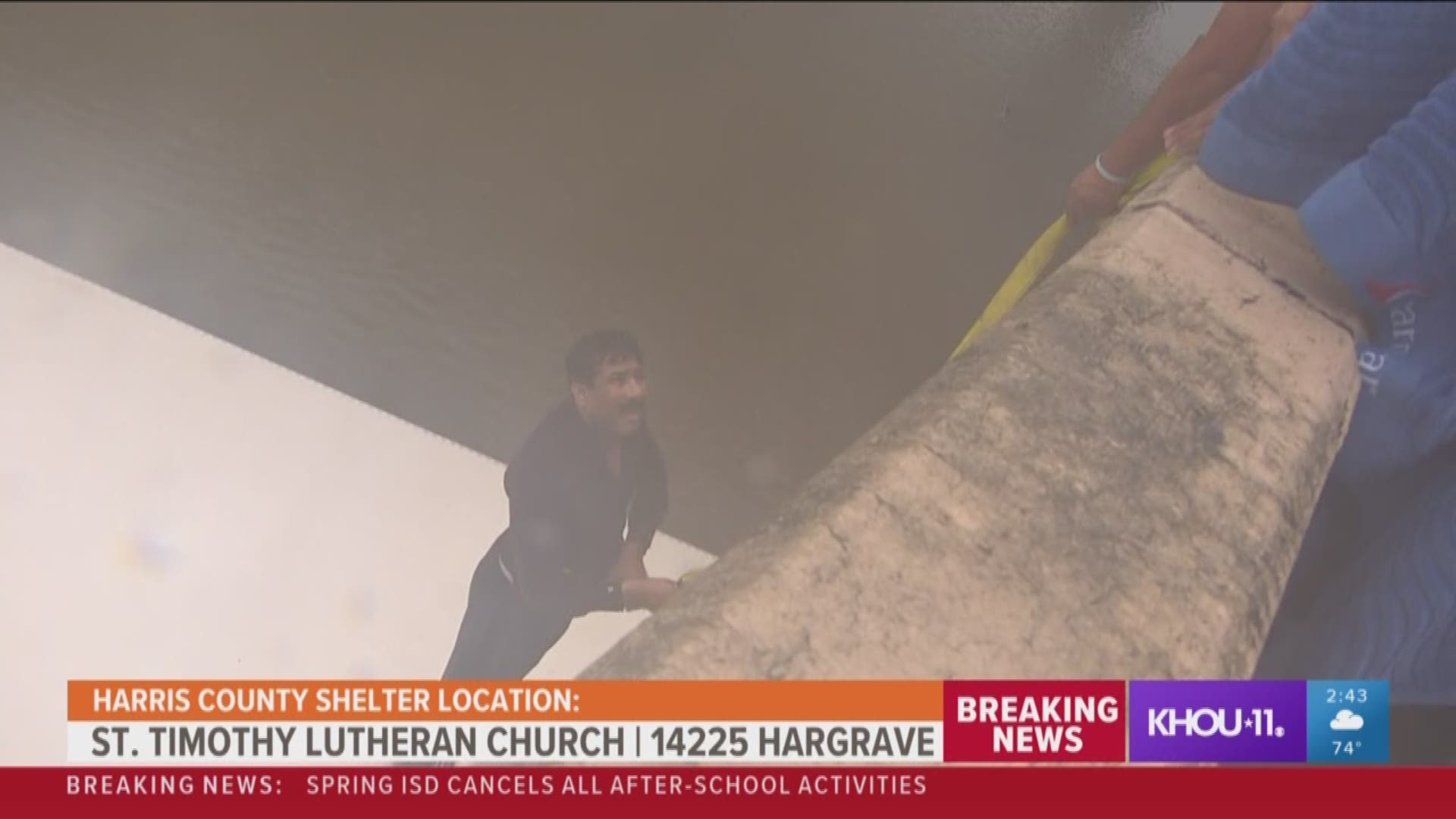 Then, the three men pulled up the trucker.

The driver said he's new to Houston and didn’t realize how high the water was.

Then, it was too late and he couldn't open the door or roll down the window.

“Everything just shut down," the trucker told Correa.

This was one of hundreds of rescues in the Greater Houston Area Thursday and the reason we always remind you to, "turn around, don't drown." 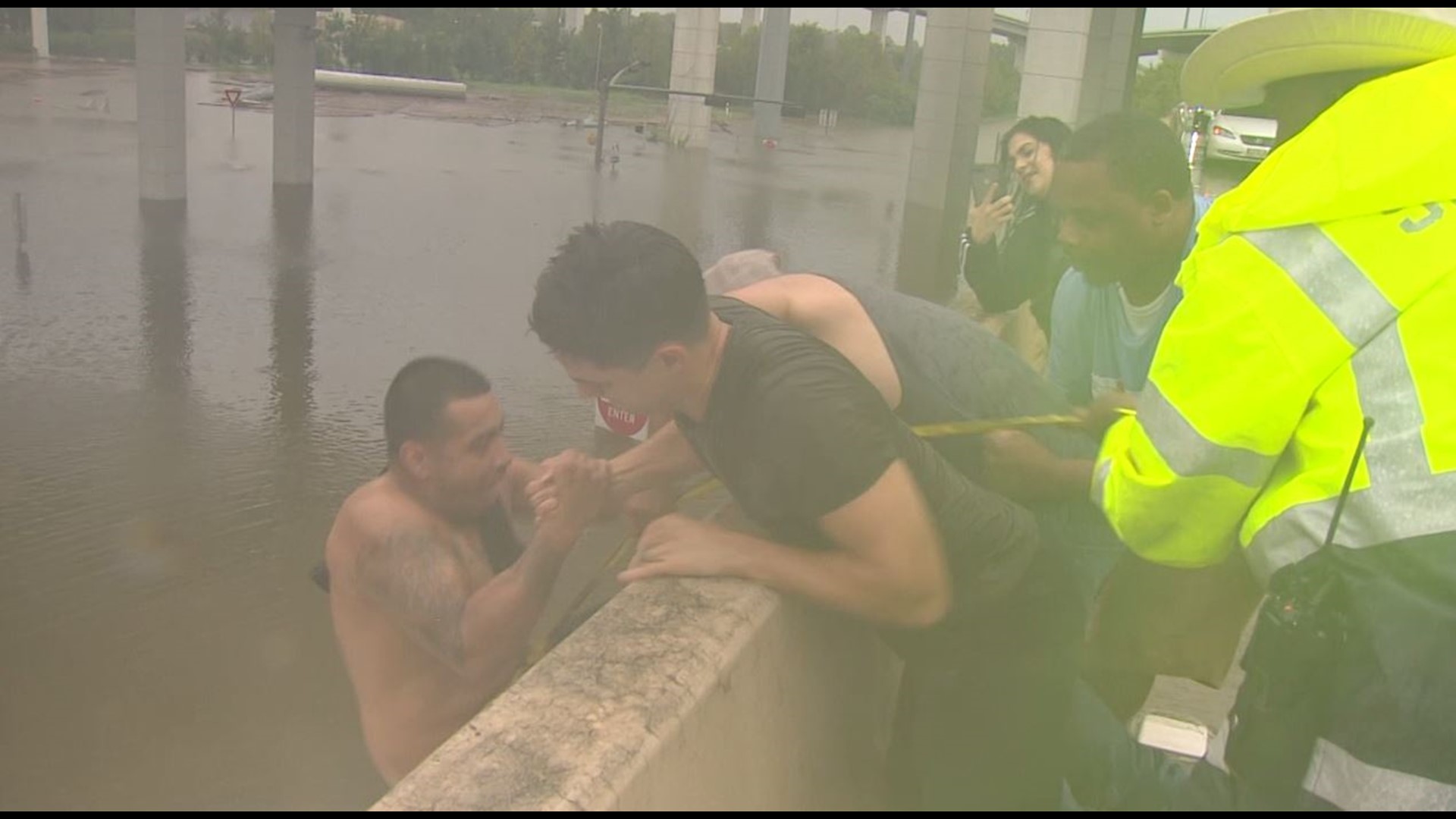