Dr. Jason Smith made a deal to get an eighth grader, who was ashamed of his haircut, back in the classroom. 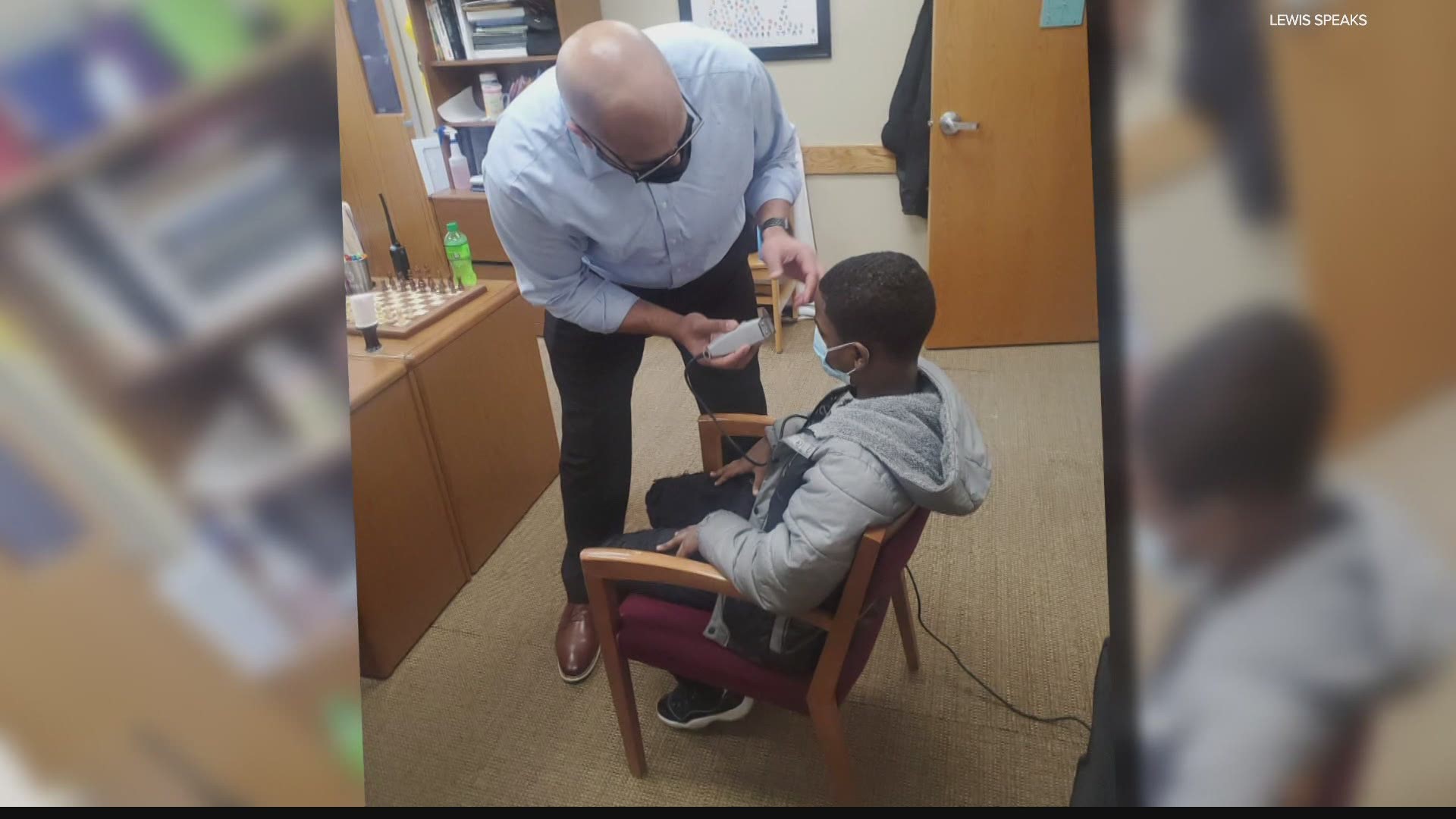 INDIANAPOLIS — An Indianapolis principal is getting a lot of love for how he handled a situation with one of his students who was sent to his office for not complying with school rules.

Dr. Jason Smith, principal at Stonybrook Intermediate School, has gone viral. He struck a deal with the student, which included making a trip on the icy roads to hold up his end of the bargain.

A photo posted by a school police officer showing a black beanie sitting on a counter in Smith's office is not only worth a thousand words, but also thousands of views on social media. The beanie belonged to an eighth grader who refused to take it off and ended up in the principal's office.

"His barber messed his hairline up. Me and Miss Rivers thought that his hairline looked fine. But he was adamant about not taking his hat off," Smith said.

Instead of penalizing the student, Smith struck a deal with him.

So Smith left school, despite snow-covered roads, to get his hair clippers from home.

"Coming back to school I almost got stuck in the front of my house, because the side streets haven't been cleared," said Smith.

During the haircut, Warren Township School Police Officer Lewis Speaks snapped photos and asked permission to post them. Within hours the post went viral. But more importantly, Smith has a relationship with the student about his future.

"I try to bring up possible careers and things like that to try to get him to think about the future and to dream and set goals," Smith said.

Smith is an Arlington High School alumnus. Years ago, now-retired principal Dr. Jackie Greenwood pushed him to a career in education. Smith was a volunteer at Arlington and every time they passed each other in the hallway, Greenwood told Smith to consider teaching, because young Black boys needed to see men like him in the classroom.

Eventually,  that seed planted by Greenwood grew and Smith obtained his teaching license. Now, he is finalizing a doctorate degree serving as principal. In all, Greenwood inspired Smith, Dr. Brian Dinkins with the Indianapolis Public School Central Office, and Dr. Jeremy Coleman, who serves as the principal of Brookview Elementary School in the MSD of Warren Township.

"We work really hard at building relationships and making connections with our kids and doing whatever it takes for them to be successful," Smith said.

Smith told 13News that since the haircut, the student is already doing better in school. As part of their ongoing relationship building with students, Smith hopes to duplicate a successful haircutting program he learned about at another middle school.