Charles and Alma Triplett had only spoken on the phone since the coronavirus pandemic put their retirement home on lockdown. 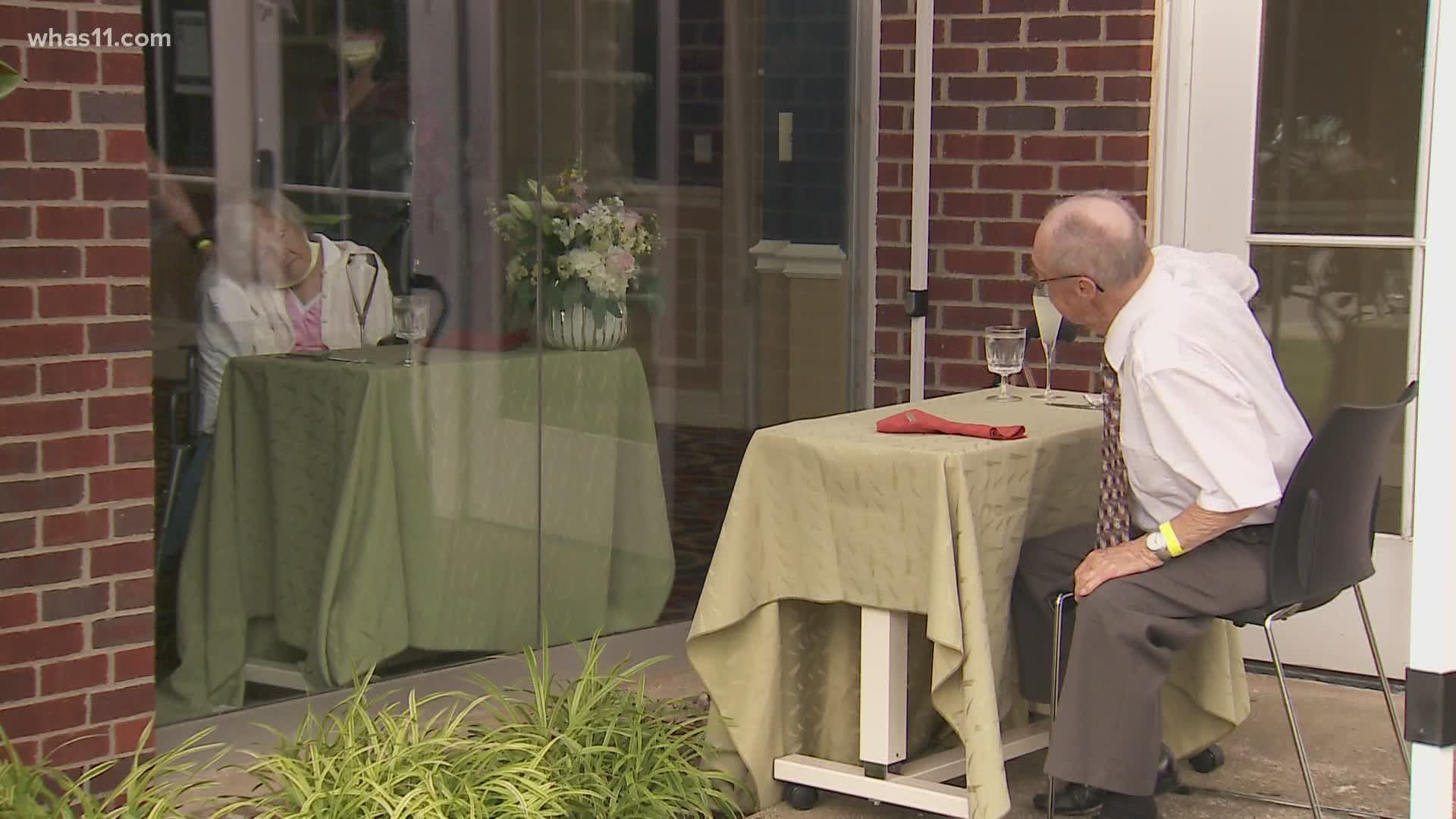 LOUISVILLE, Ky. — Nothing, not even a pandemic, could stop Charles and Alma Triplett from celebrating their 72nd wedding anniversary.

The two met in high school, Charles attending Valley while Alma went to Fairdale. Charles said his school had to borrow some chairs for a play and he immediately thought she was pretty.

The two were married at his parents' home, and were inseparable until the COVID-19 pandemic forced them apart. Charles said the two are in different levels of care at their retirement home, so they could only speak on the phone.

While the Masonic Homes Sam Swope Care Center has not reopened, the center said staff helped put together a plan that would allow the couple to celebrate their anniversary safely.

"I had no idea they was gonna do this," Charles said. "This is terrific as far as I'm concerned."

Charles' advice for staying together this long?

"Of course you don't agree on everything, but one of you has to quit arguing about whatever you disagree on, because if one of you shuts up you can't argue with yourself," Charles said.

The Masonic Homes said the Tripletts have four sons who visited them often before the lockdown.