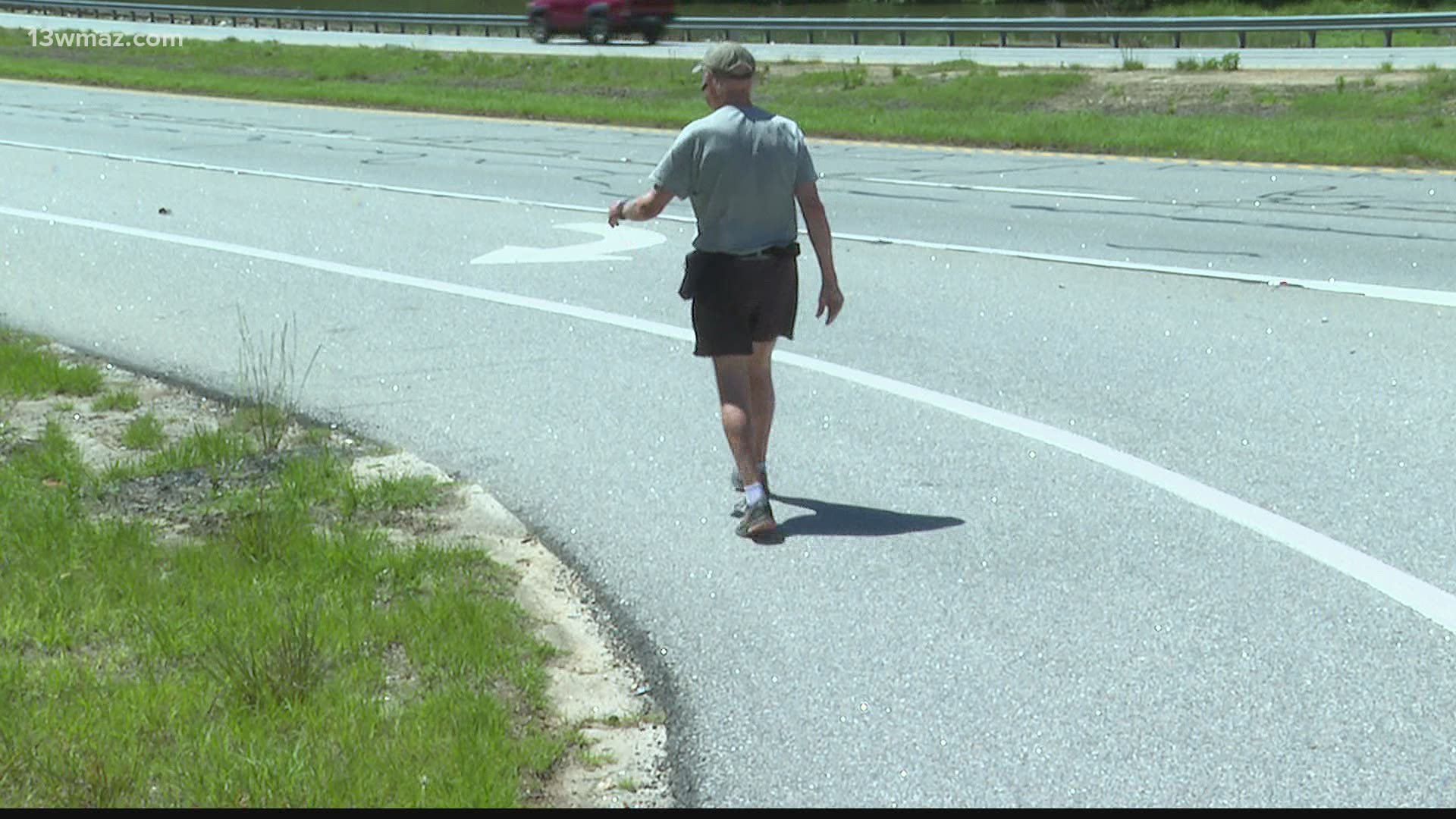 PUTNAM COUNTY, Ga. — A community is no longer looking for their friend and inspiration, the man they see every day walking outdoors.

They call him "the Walking Man," the one who gets his heart rate up averaging about 290,000 steps a week.

He was once a businessman, and is now a retired marathon runner.

Rain or shine, this 75-year-old man, Minor Carter, walks about 20-plus miles a day.

Minor said, "The whole thing is to try and stimulate your mind a little bit and say, 'I wonder what's here,' and, 'I know, I'll find out.'"

Most of the time, he goes across 441 from Putnam County into Baldwin County.

"I start out trying to decide what tentacles I want to take," said Minor.

Then, he starts estimating the distance.

However, one week, folks like Paula Thompson noticed he was nowhere to be found.

Thompson said, "We always see him every day. Then, there was a couple of weeks and we were like, 'What has happened to him? We haven't seen him.'"

So they got on Facebook to track him down.

Thompson said, "About five days later, I saw him walking and I got so excited. I rolled down my window and there he was!"

Minor said, "I had people stop and say, 'Oh, I heard you were in California for a month,' and, 'They were asking about you at your church.' I would go in a store and people would say, 'You're that guy that walks!'"

He thinks it's nice people care.

Sometimes, he just listens to the birds, and other times, he walks and talks!

"I haven't spoke to him much, but he's an inspiration," said Thompson. "I mean, you see him walking. He just gives joy and light to the world.'"

He is always exploring new paths and staying fit, not even stopping while in California.

Minor also served in the Navy from 1984 to 1988 and only moved to Central Georgia two years ago.

His ultimate goal is to just stay active and enjoy life outdoors.