'She's one of us': Baldwin County bakery struggling in pandemic reopens with support from customers

She filed for unemployment, but eventually, those deposits stopped coming. That's when her community rallied in support. 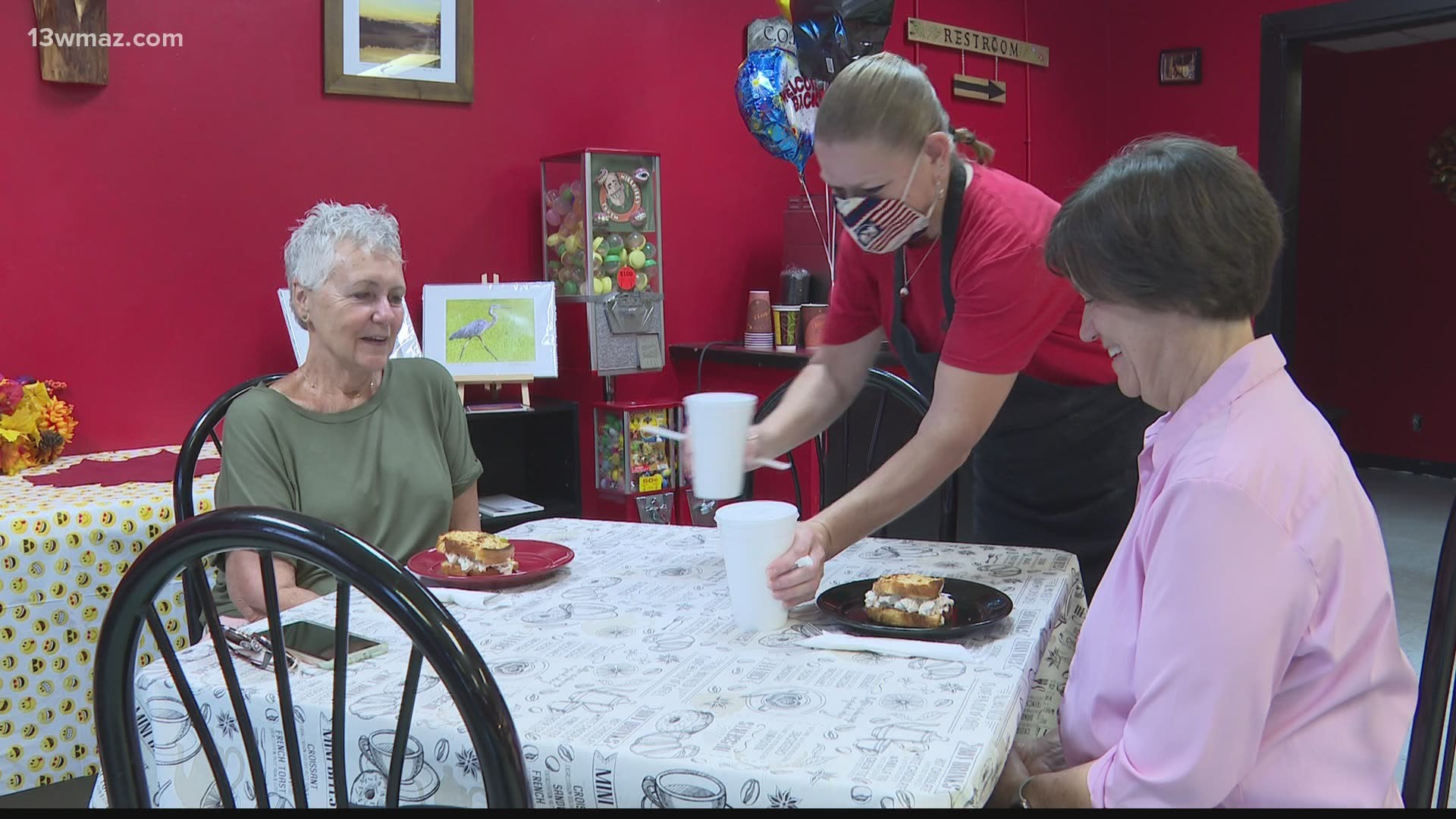 MILLEDGEVILLE, Ga. — A bakery right outside of Milledgeville was nearly forced to permanently close its doors.

However, regular customers were determined to help it stay open.

At an early age, Jennifer Kenney found her passion for cooking with her father.

"Sunday was such an important day for my dad," said Kenney. "We would always make lunches and help him."

After her father passed away, she switched careers and opened Jen's Bakery.

"It's fixing to be nine years later," said Kenney.

It was so successful that her tables were always full.

However, in March of 2020, her customers stopped coming.

"When the pandemic hit, like I said, everybody was scared," said Kenney.

She filed for unemployment, but eventually those deposits stopped coming. That's when her community rallied in support.

Meg Reed said, "We definitely wanted to support her. Most of us came and bought from her carry-out through this whole past year on a very frequent business to help keep her afloat. We talked about rounding up."

Elena Putnal said, "Any time we have family coming, like this coming weekend, we have a big group, so I've already placed my order for Trixie bars."

Jen's Bakery back open for business

"Some of the girls would come in here and get chicken salad or tuna salad to serve at our parties at home," said Beth Cormier.

When Reed, Putnal, and Cormier were asked why they did it, they each had heartfelt reasons.

"I have missed her business being open during the pandemic," said Reed.

Putnal said, "She just comes to the table and makes you feel like you were her only customer of the day."

"She's one of us," said Cormier. "Whenever one of us needs something, we step up to the plate and we did that with Jen."

"If the community had not come together, I was going to have to close my doors," said Kenney.

She's now back open, ready for folks to dine in!

Jen's Bakery is located off of North Columbia Street, near Little River Park and Lake Sinclair.

On Wednesdays, you can grab a bite to eat and play mah-jongg in support.