A huge party was held for Aiden Rozier, who goes by the name, "Tank." Zaxby's is his favorite restaurant 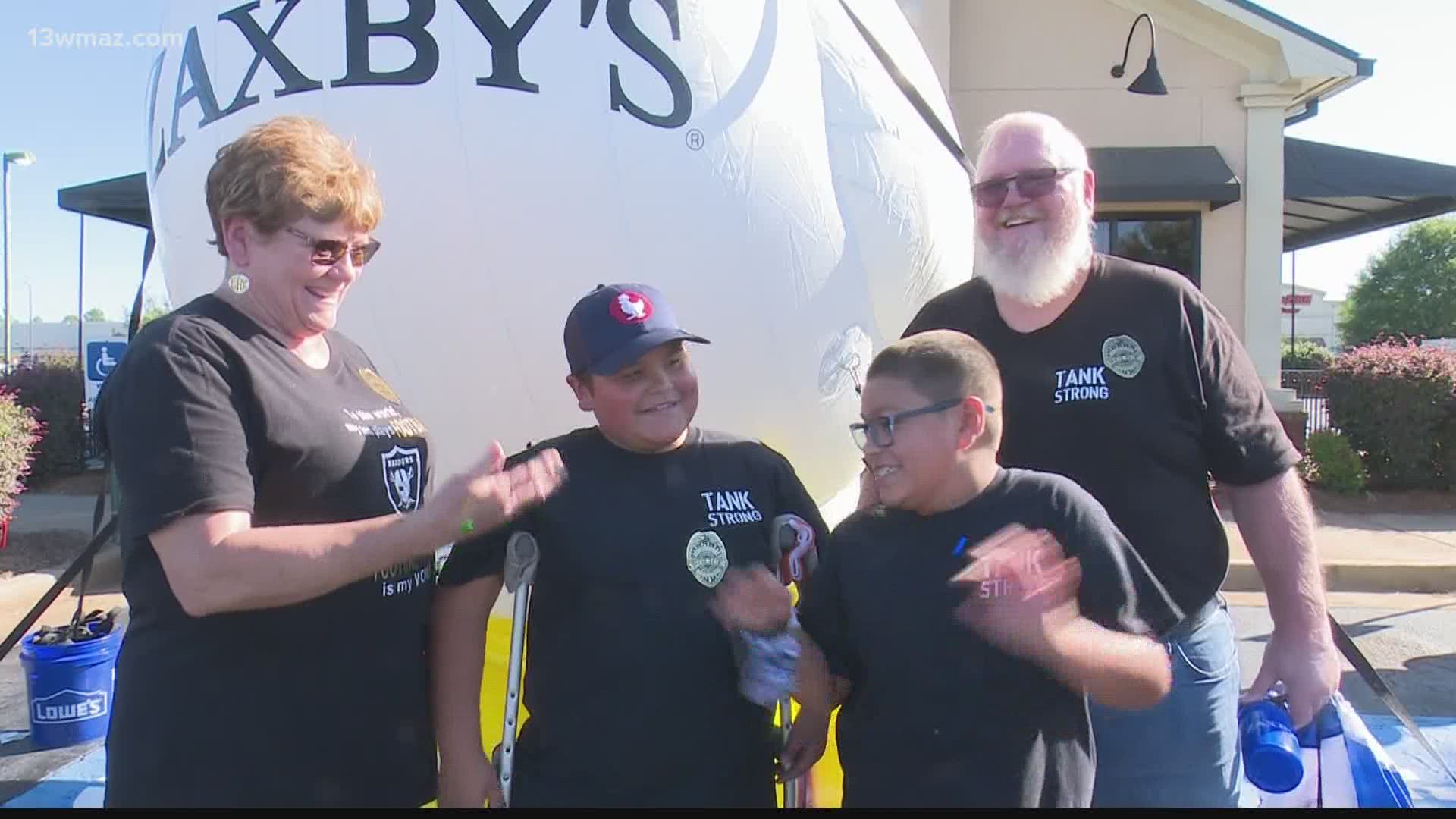 A huge party was held for Aiden Rozier, who goes by the name, "Tank." Zaxby's is his favorite restaurant, so the Watson Boulevard location made him an honorary employee. Tank even had a chance to enjoy a tank at his party, thanks to a local business in called "The Dent Guy."

His parents says they have a had great support from the community, and Tank had a message for anybody else that may have cancer.

"It's all going to be OK and the doctors will take good care of you, because they took good care of me. Just always keep your hopes up," Aiden said.

Aiden's parents say they would like to thank everyone for the great support.