1-year-old Alayna is joining three siblings at home, including her 3-year-old biological sister. 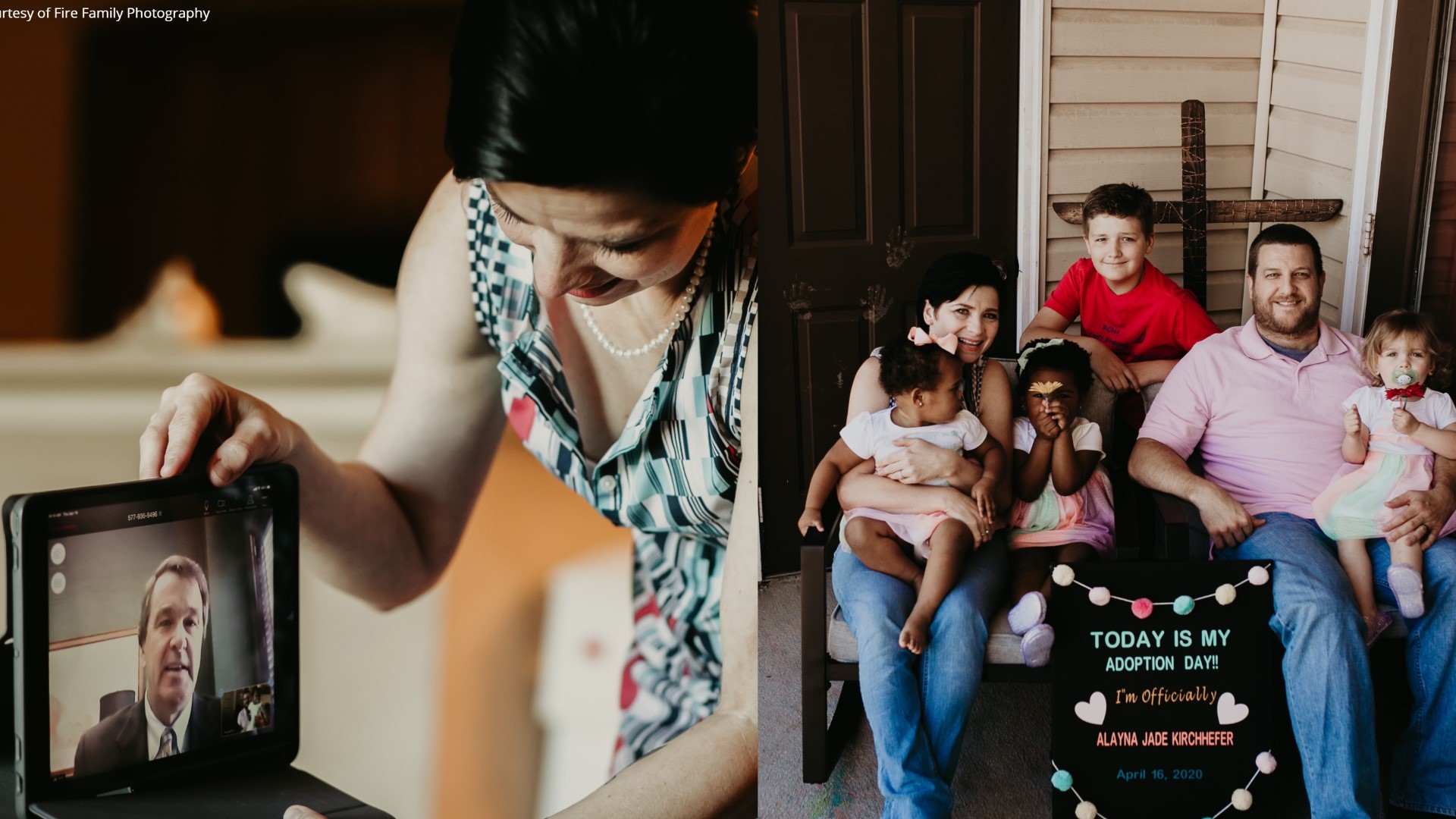 HOUSTON COUNTY, Ga. — After over 500 days in foster care, a 21-month-old Houston County toddler is officially with her forever family.

“I just wanted her day to be just as special," Hallie said.

Concerns about COVID-19 postponed Alayna’s adoption by almost a month.

“It was very disappointing because we had to wait so long, but we understood the safety of everybody with the coronavirus,” Hallie said.

Alayna was born on July 30, 2018, on Hallie’s birthday, and came to the Kirchhefers less than two months later.

Over a year of case plans, hearings, counseling meetings and more went by before the family finally had a set date for an in-person adoption. It was supposed to take place on March 24.

“Just the waiting. Just to be at that done mark – we’re finished. You’re already ours, but we are ready for it to be official,” Hallie said.

On Tuesday, Hallie and Brian got notice that the adoption would take place over Zoom, a video conferencing computer application, in just two days at 10 a.m.

“We pretty much jumped on really quick and raised our right hand, we got sworn in,” Hallie said. “Our lawyer, he spoke about the history, got the Houston County judge up to date. After that, we then went ahead and confirmed the adoption and he signed it.”

Alayna is joining three siblings at home: 10-year-old Jackson, 2-year-old Everleigh, and her biological sister, 3-year-old Skyler, who was adopted by the Kirchhefers in 2018,

Hallie says she is glad they can keep the biological sisters together.

“It was a blessing for us,” she said. “For Skyler to not only have her siblings that she knows, but to have an actual biological sibling with her.”

Hallie says she struggled with fertility issues, and the couple started looking into adoption.

While fostering Skyler, Hallie learned she was pregnant. Then Everleigh was born, and Alayna came next.

“God had other plans,” she said.

Hallie says it means the world to her and Brian to have their family together.

“It’s amazing. It’s a big weight off of our chest. Because, now, our family will not be broken,” Hallie said. “And it is that forever bond that nothing will come between it.”

'Spread love however you can:' Central Georgians find ways to celebrate birthdays during pandemic

'Stay safe and care for each other': Baldwin County student makes 'Quarantine Fun' tutorials for his peers