HENRY COUNTY, Ga. — Uber driver Lauren Mulvihill picked 89-year-old Ronald Dembner up from the hospital and thought she would earn a quick fare.

Lauren knew Mr. Ronald needed help right away. He was in bad shape when she picked him up at the hospital, and when she got to his Henry County home, she found out it was even worse.

Ronald Dembner is all alone. His Uber driver, Lauren walked him to the door and was horrified at the conditions he was living in.

"I said, 'Do you have anybody who is here to help you? Do you have anyone who checks on you?'" she said. "And he said, 'No.' He has absolutely nobody."

When Uber driver Lauren Mulvihill picked up 89-year-old Ronald Dembner from the hospital, she knew right away that he was going to need some help.
Lauren Mulvihill

Lauren spent hours on the phone the day she dropped him off, trying to find someone who could help him. His wife and two sons all passed away, and it was clear he was struggling.

"Everybody said, mentally he's fine, he's just older. So nobody will help," she said.

So she started cleaning up herself. She got a pair of gloves on and cleaned his kitchen and bathrooms, before reaching out to her Facebook friends for help. They turned out by the dozens.

"Every day, I am so thankful that these people who give so much of themselves are willing to come and help an otherwise perfect stranger in their time of need," Lauren said.

"They love Homer, and Homer loves them," she said. "They take care of Homer as if they've known him for so long." 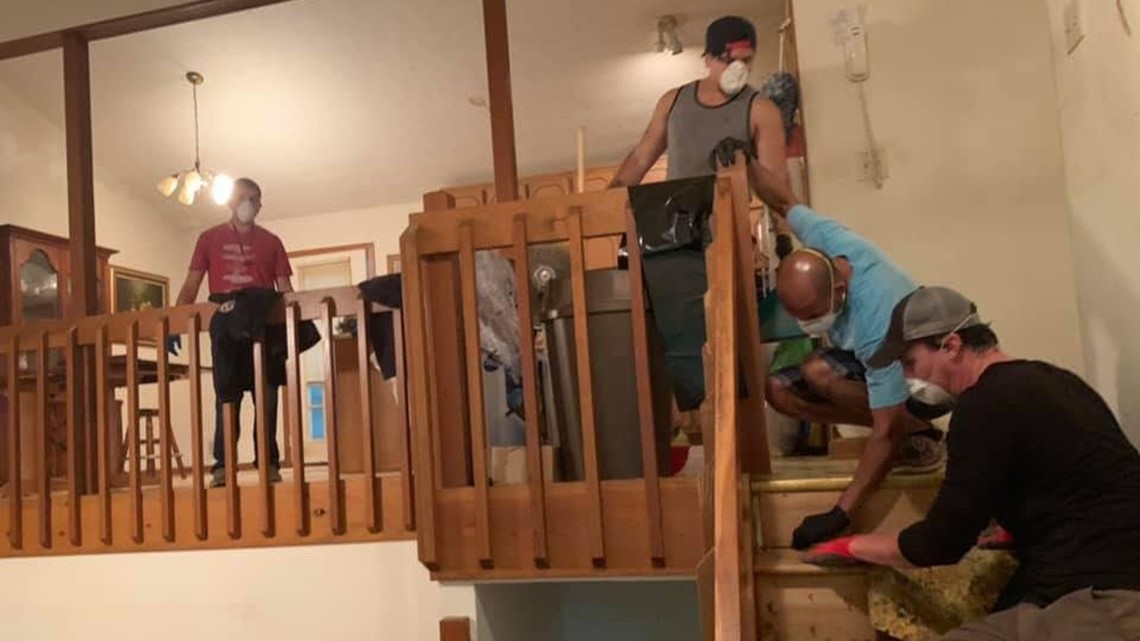 A rescue group is getting Homer food and all his shots. The volunteers cleaned his house and ripped up all the carpets. But out of all that work, Mr. Ronald says he's most grateful for their time.

"Friendship; to be together with people who care - genuinely care for another person's concern," he said. "That's what I was most thankful for."

He says the past few days have been some of the best of his life.

"The things that are happening are so profound and being done so quickly and efficiently, I just don't have the words to explain how grateful I am, how thankful I am," Mr. Ronald said. "God bless them all for what they've done."

Lauren says Mr. Ronald has been a blessing to all of them as well.

Lauren set up a Facebook group called Helping Mr. Ronald - and there's still plenty to do.

They're trying to organize a meal train and get him a new mattress. They also want to build a fence for his dog, Homer.

Man with Down Syndrome, recognized for working at same McDonald's for 27 years dies

Here's what will happen next for newborn found abandoned in woods

Sophie's Nightmare: How a Georgia mother allowed her boyfriend to impregnate her 10-year-old daughter