"I wanted to be buried with them one day," Patrick Waddell told NBC Charlotte. "It sucks not having them is the easiest way to put it." 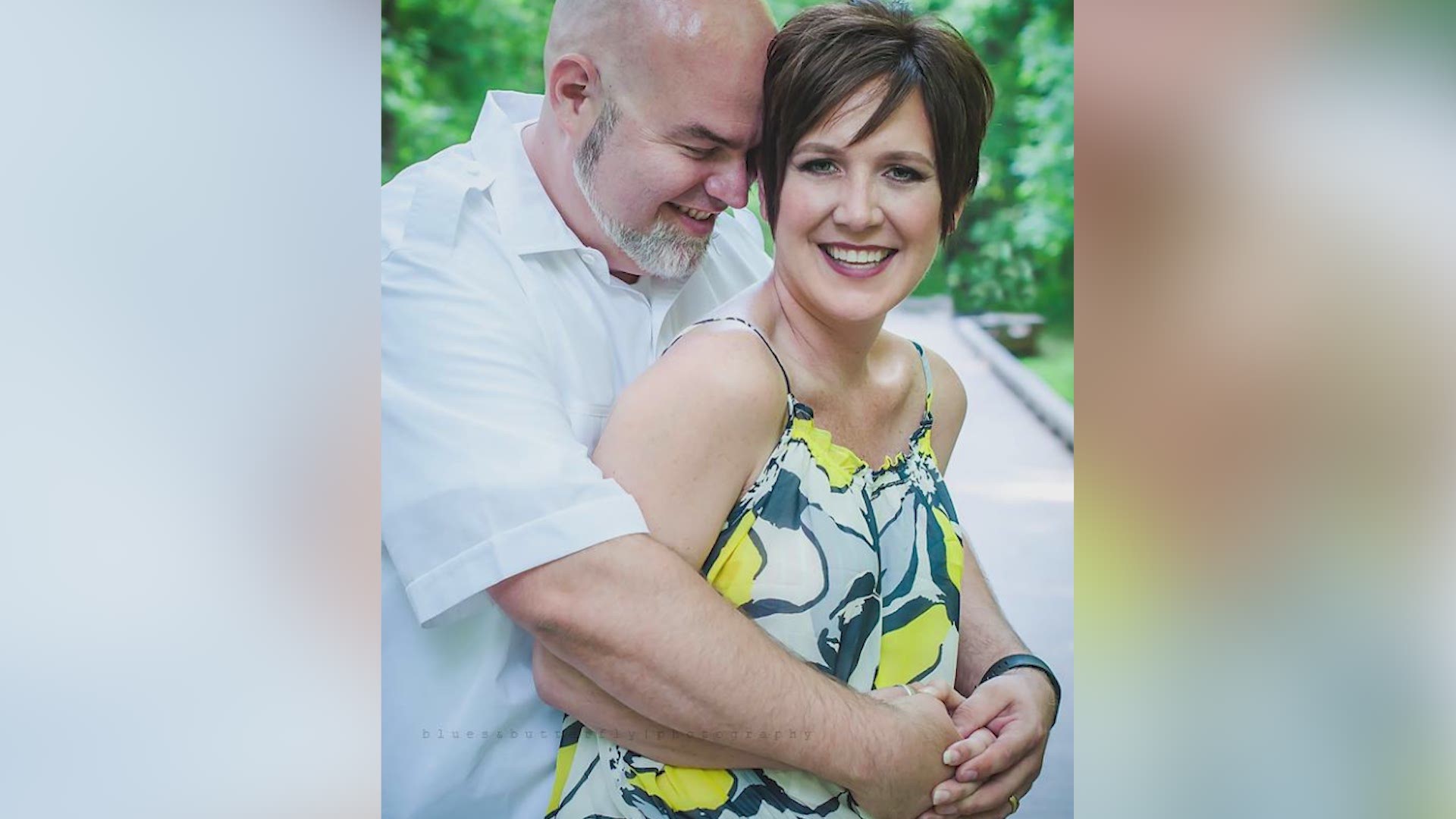 CHARLOTTE, N.C. — A Charlotte man was reunited Tuesday with the lost wedding rings he had fused together in honor of his late wife.

Waddell said later that evening he noticed that he had lost the necklace that held the couple's wedding rings.

"It had mine and my late wife's wedding rings on it looped together so that they can't be separated," Waddell said.

Waddell told NBC Charlotte he lost his wife, Sherri, to colon cancer in November 2016. The rings mean the world to him.

"I wanted to be buried with them one day," Waddell said. "It sucks not having them is the easiest way to put it."

On July 27, Waddel posted a message about the necklace and rings on the campground's Facebook page, asking for help.

"If anyone picked them up I can't begin to tell you what it would mean to get them back. I'm just at Ocean Lakes for the night with our two kids but I'll be here with her family in North Myrtle until next Friday," he wrote.

Ocean Lakes posted about the incident as well.

"ATTENTION: If you find a chain with two interlocked engagement rings, please notify a teammate," the post read. "Patrick, the Ocean Lakes team is praying for you and that you find your token of the love you shared with your late wife, Sheri."

Waddell believed the necklace fell off while he was driving a golf cart around Ocean Lakes, and the rings would be easy to spot.

Graham Golf Carts called him to say the rings had been found in the parking lot. A family had spotted the jewelry on Saturday but didn't think it was real.

After seeing the post from Ocean Lakes on a friend's social media feed, the family went back to the business, picked up the rings, and gave them to a woman they knew there.

"My rings have been found! Slight ran over, but still together none the less. God is great!" Waddell posted on Ocean Lakes' Facebook page.

"We are so happy that the rings have been found and returned, Patrick," Ocean Lakes replied. "The Ocean Lakes Teammates and our wonderful guests have been looking, praying, and hoping everything would work out for you. God answers prayers every day, and we are so thankful that this was one of those answered prayers. Until next time, Patrick."

Waddell told NBC Charlotte the smaller ring had flipped inside the larger ring, "as if it were protecting it."

He said he could see a jeweler asking to "fix them and make them well again."

"To which I'll say the rings are like a marriage. They're real. They aren't perfect, but every flaw tells a story," he posted.

Childless millennials should be banned from Disney World, mom rants