Since 1967, owner 'Laughing' Lafayette Haynes has watched the world of music change from his downtown record shop 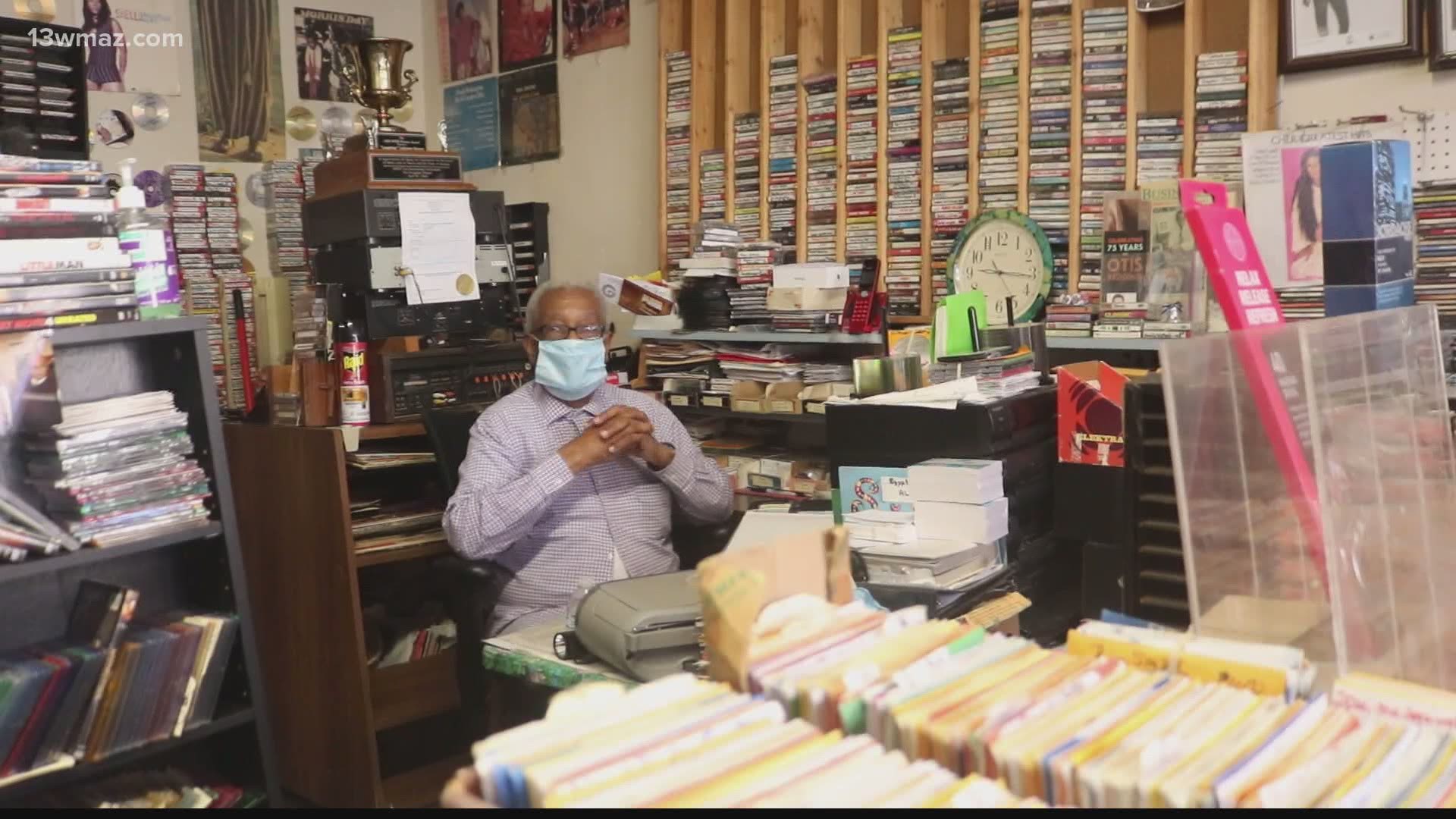 Whether through owning his shop or working as a radio disk jockey, Haynes' life has been a large part of Macon's evolving music scene.

"It's been amazing to see the difference that has taken place in Macon since I was a little kid," says Haynes.

The same month that he opened Old School Music, Haynes started at WIBB with "The Laughing Lafayette Show."

During his 13 years at WIBB, Haynes also helped shift the station from country music to gospel and rhythm and blues alongside 'King Bee' disk jockey, Hamp Swain.

"People used to tell me, 'We'd get off work just to listen to you,'" says Haynes. "When WIBB went to R&B, Black people had something to listen to, it was brand new."

"Little Richard used to come over to my house in East Macon," says Haynes. "Otis [Redding] used to be out in front of my shop in 1967 before he passed. I've seen many stars while I was on radio."

In the 53 years that the record shop has been open, Haynes estimates that he's sold over one million records and he doesn't plan on stopping anytime soon.

"Customers ask me when I'm going to retire and I say 'When God calls me home,'" says Haynes. "I love music and I'm going to continue to run this business."

You can find Old School Music Headquarters at 522 Second Street in downtown Macon.