Atlanta Police are no longer responding to accident scenes with no injuries due to COVID-19. However, this couple says it left them helpless. 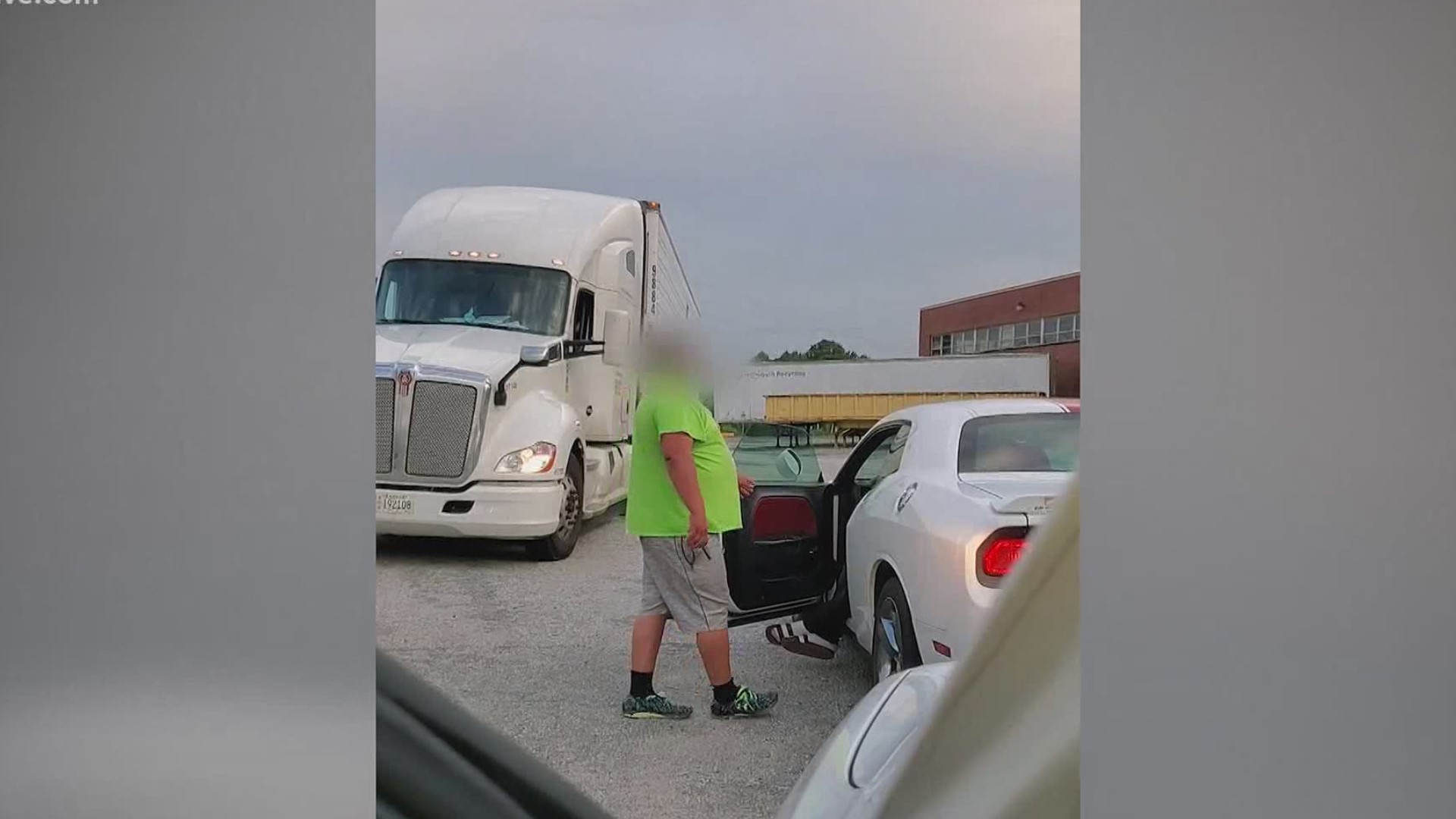 ATLANTA — Less than two weeks ago Atlanta Police sent out a tweet reminding the public that because of COVID-19 officers will not respond to non-injury car accidents. It is a safety measure has been in place since March.

But an Atlanta couple, Derreck and Octavia Roberts, experienced the effects of perhaps unintended consequences of the policy first-hand, after they said the driver of an 18-wheeler crashed into their vehicle.

The accident happened near the Hapeville Post Office at the intersection of Brown Mill and South Industrial Boulevard.

Derreck Roberts recounted to 11Alive how he called police and started recording on his phone. His wife asked the truck driver for his insurance information so the couple could properly file a claim, but they said the driver refused to give it to her.

"I called the police again and said, 'can you please send someone out?' And they were like, 'uhm, are you hurt?' I said, 'well, no I'm not hurt, but I'm a little banged up'," Derreck recalled. "My knee is still swollen and my knee and my back hurts."

The couple said they waited an hour, but no officer showed up - and the truck driver left the scene.

Then, Derreck said he was told by the Hapeville Post Office police about APD's response restrictions during COVID-19.

The couple understands APD's rules, but they said it could leave drivers in a potentially dangerous position.

"Both parties are going to be upset, and if there is nobody to referee the situation or official the situation, it can get ugly," Derreck said.

He added that while the driver left the scene, he was able to find the truck driving company. He also said had the driver not stopped, then Derreck would not have had the evidence for a police report or insurance claim.

The couple refused to leave the scene, and they said an officer showed up three hours later. The next day an APD officer contacted them to follow-up on the situation.

So, what are the requirements for drivers in situations like this? APD referred 11Alive to statute 40-6-270. It reads:

(1)  Give his or her name and address and the registration number of the vehicle he or she is driving;

(2)  Upon request and if it is available, exhibit his or her operator's license to the person struck or the driver or occupant of or person attending any vehicle collided with;

(3)  Render to any person injured in such accident reasonable assistance, including the transporting, or the making of arrangements for the transporting, of such person to a physician, surgeon, or hospital for medical or surgical treatment if it is apparent that such treatment is necessary or if such transporting is requested by the injured person; and

(4)  Where a person injured in such accident is unconscious, appears deceased, or is otherwise unable to communicate, make every reasonable effort to ensure that emergency medical services and local law enforcement are contacted for the purpose of reporting the accident and making a request for assistance.

The driver shall in every event remain at the scene of the accident until fulfilling the requirements of this subsection. Every such stop shall be made without obstructing traffic more than is necessary."