The 28-year-old had been training to become a paratrooper when he was killed in Georgia. 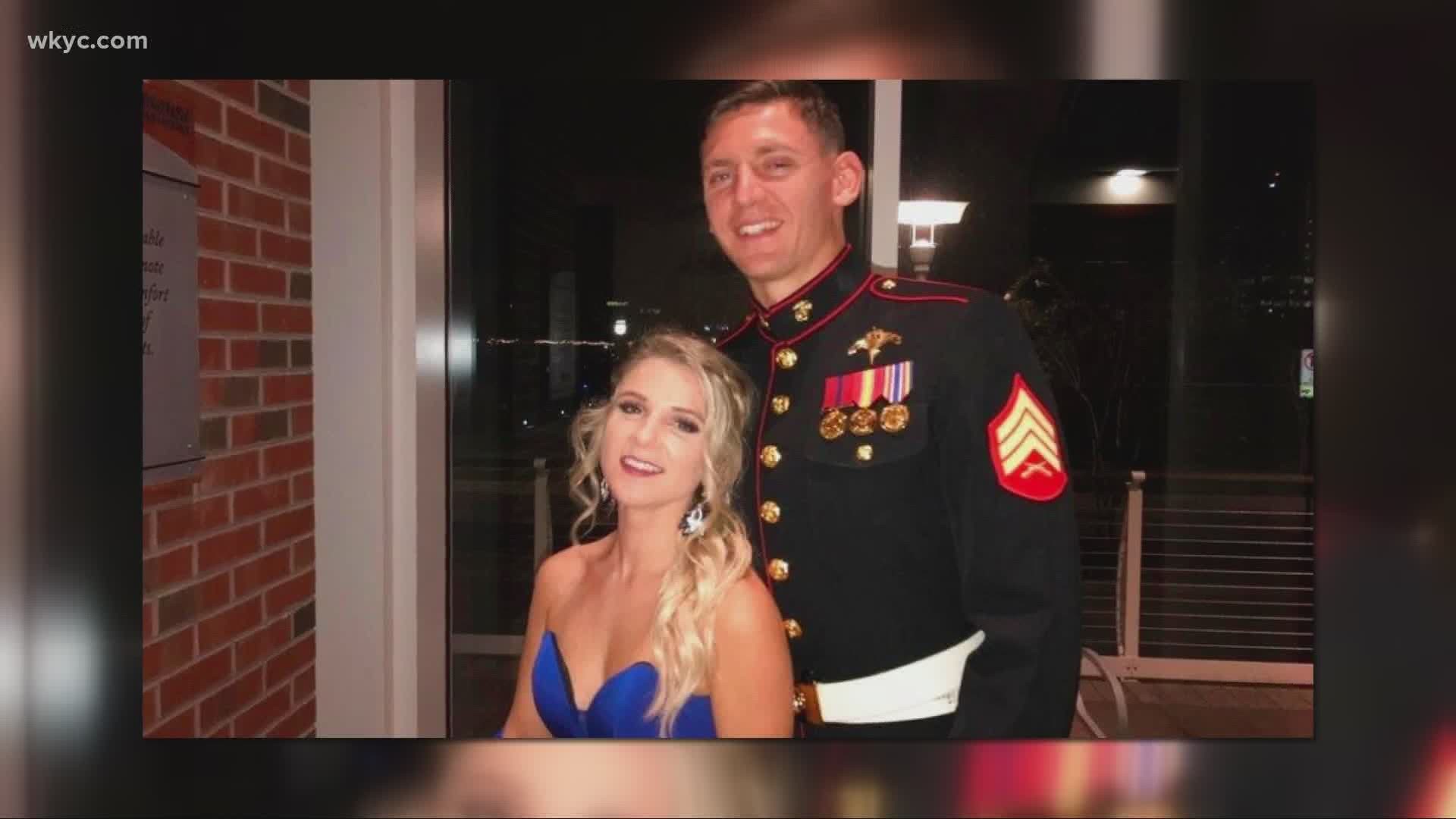 COLUMBUS, Ohio — Gov. Mike DeWine has ordered all flags at the Ohio Statehouse and across Geauga County to be flown at half-staff in honor of Sgt. Wolfgang Kyle Weninger, who was killed last week during a parachute training jump in Georgia.

The flags will be lowered until sunset on the day of Weninger's funeral, the exact date of which has not yet been announced. The order also applies to the Verne Riffe Center and Rhodes Tower in Columbus, while other building across the state can choose to lower their flags at their own discretion.

Raised in the Chagrin Falls area, "Wolf" Weninger was an All-Conference quarterback at Kenston High School and earned a football scholarship to the Catholic University of America before transferring to Valparaiso University in Indiana. He saw time as the Crusaders' backup, but felt he had a higher calling, and eventually told his father he intended to join the Marine Corps.

"I thought I was going to pass out," Ernst Weninger told the Associated Press, adding he tried talking his son into becoming an officer or joining the U.S. Air Force, like he did. "Nope, had to pick the toughest deal and I couldn’t talk him out of it."

Wolf Weninger reported to boot camp in 2015 and ended up graduating with honors, and following a stint as an armory custodian he met up with a group of Marine Raiders from Camp Lejeune in North Carolina. He reported there in January of last year and completed the arduous seven-month training, earning the prestigious special operator insignia.

Credit: AP
This photo provided by his family shows Sgt. Wolfgang "Wolf" K. Weninger with his girlfriend, Shannon Riggins, at the Marine Corps ball in 2019 near Camp Lejeune in North Carolina.

Weninger was supposed to graduate last Friday from the U.S. Army Airborne School at Ft. Benning, Georgia, as he was learning to become a paratrooper. Three days before the occasion, however, the 28-year-old died after a training jump went awry.

"Wolf was a larger-than-life personality that drew everyone in the room to him," Army Green Beret Staff Sgt. Nicholas Guy told the AP. "He was charismatic and boisterous, self-deprecating and convivial when he was with the people he loved most. His deadpan delivery of silly-one liners melted away when he couldn’t keep a straight face any longer."

The Marines have not yet detailed exactly what went wrong that led to Weninger's death. The incident is still under investigation.

James LaPorta from the Associated Press contributed to this report.