He was teaching at Mercer when a video he posted on YouTube went viral. Now, he’s a full-time YouTube creator.

Adam Ragusea noticed he was making more money as a YouTube creator than as a professor. He decided to quit his job at Mercer to make food videos on YouTube full-time 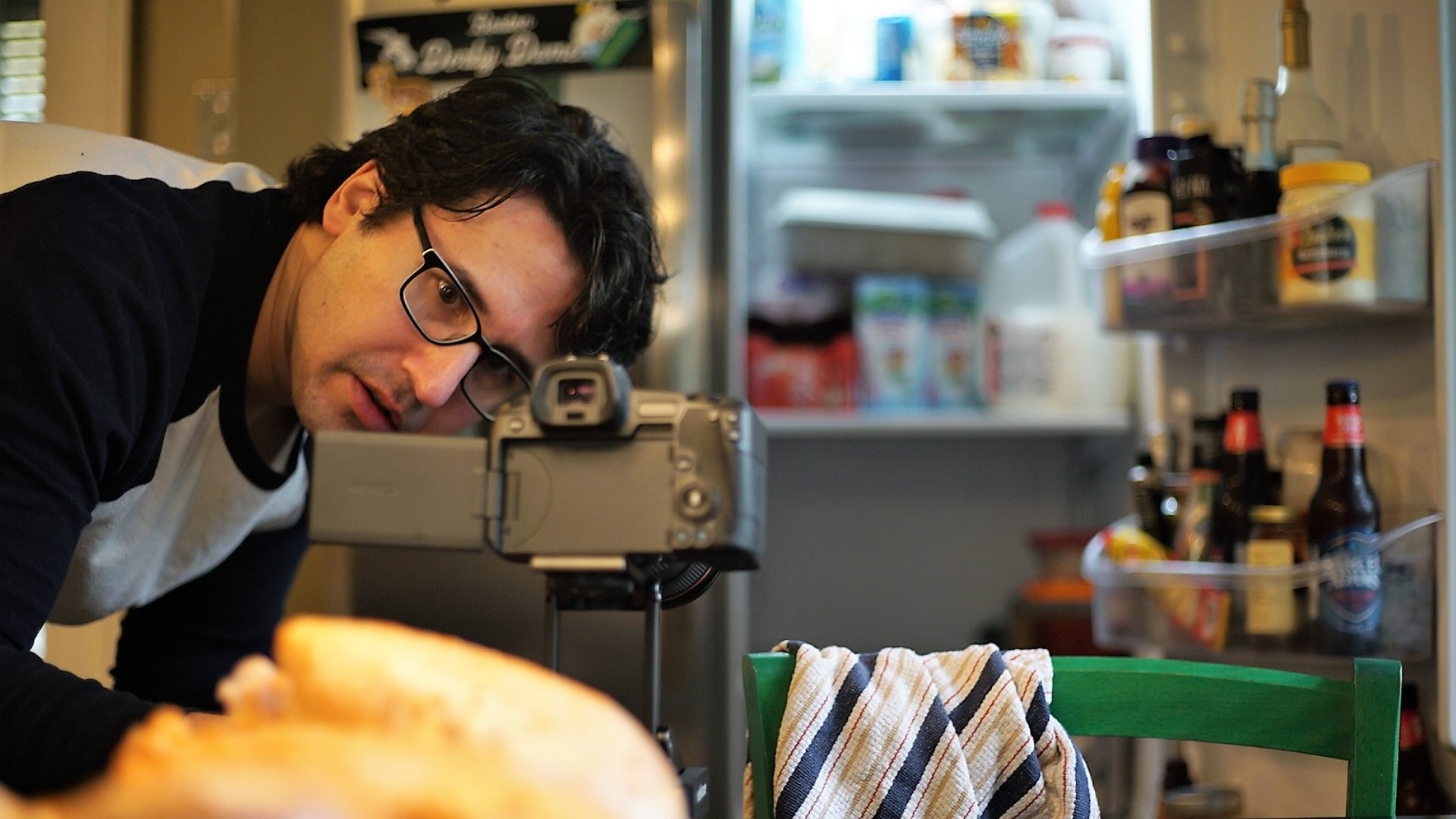 Adam Ragusea used to spend most of his time as a father, husband, and journalism professor at Mercer University, teaching classes like Journalism Bootcamp and Digital Audio.

“I really felt like I had won the lottery,” Ragusea said.

But he quit his job at Mercer and now, he is a full-time Youtube creator.

“Everything was going great,” he said. “But it got greater.”

Things changed in March 2019. A video he posted on YouTube months prior, demonstrating a homemade pizza recipe, went viral.

“I know that you don’t let an opportunity like that go by,” Ragusea said. “So, I made more.”

Ragusea decided to apply for monetization on YouTube and it took him about a month to get approved.

Then, a cookie recipe demonstration Ragusea uploaded was shared to Reddit. It quickly went viral again. This time, audiences were in awe with Ragusea’s straightforwardness.

Ragusea’s directness has become a part of his brand. The banner on his YouTube channel reads, “Man in kitchen w/ camera.”

People made an Adam Ragusea fan page on Reddit with a bio that reads, “Subreddit for our favorite straight to the point chef.”

Ragusea attributes his ability to ‘get to the point’ to his training in journalism.

“We know in journalism – for all our flaws in the journalism field – we do know how to write a tight lede,” he said. “How to get right into something.”

His journalism background is primarily in print and radio. He worked for Georgia Public Broadcasting before he started teaching at Mercer, but he says he wasn’t confident in his video production abilities.

“I needed to get better so that I could be better at teaching,” Ragusea said.

In efforts to improve his video skills, Ragusea brought home camera equipment from Mercer, then he shot and edited some recipe videos – one of which was the pizza recipe video that helped his rise to YouTube fame.

Ragusea says he didn’t intend for the video to go viral, though he did use skills he taught students at Mercer, like search engine optimization, to set the video up for success.

“I was still surprised when it did succeed,” Ragusea said. “It just kind of blew up.”

When he started earning “considerably more money” from YouTube than working at Mercer, Ragusea quit working as a professor and started being a full-time YouTuber.

“The choice was clear,” he said.

His ‘Making New York-style pizza at home’ video currently has over 8 million views on YouTube and his 'Broiled Chocolate Chip Cookies' video has over 2.5 million views.

Ragusea has over 500,000 subscribers on the video-sharing platform, he gets hundreds of thousands of views on each video, and almost every video he produces is sponsored.

Now, he spends his days shooting video and doing research for his content. On Thursdays he releases recipe tutorial videos and on Mondays he publishes other food-related videos – answering common kitchen questions and featuring experts who can answer those questions.

Ragusea says he doesn’t think this career will last forever.

“Immediately what I need to do is just hold,” he said. “Just hold on to that speeding train for as many miles as I can take it.”

His plan, for now, is to work on YouTube and save money while he has the chance.