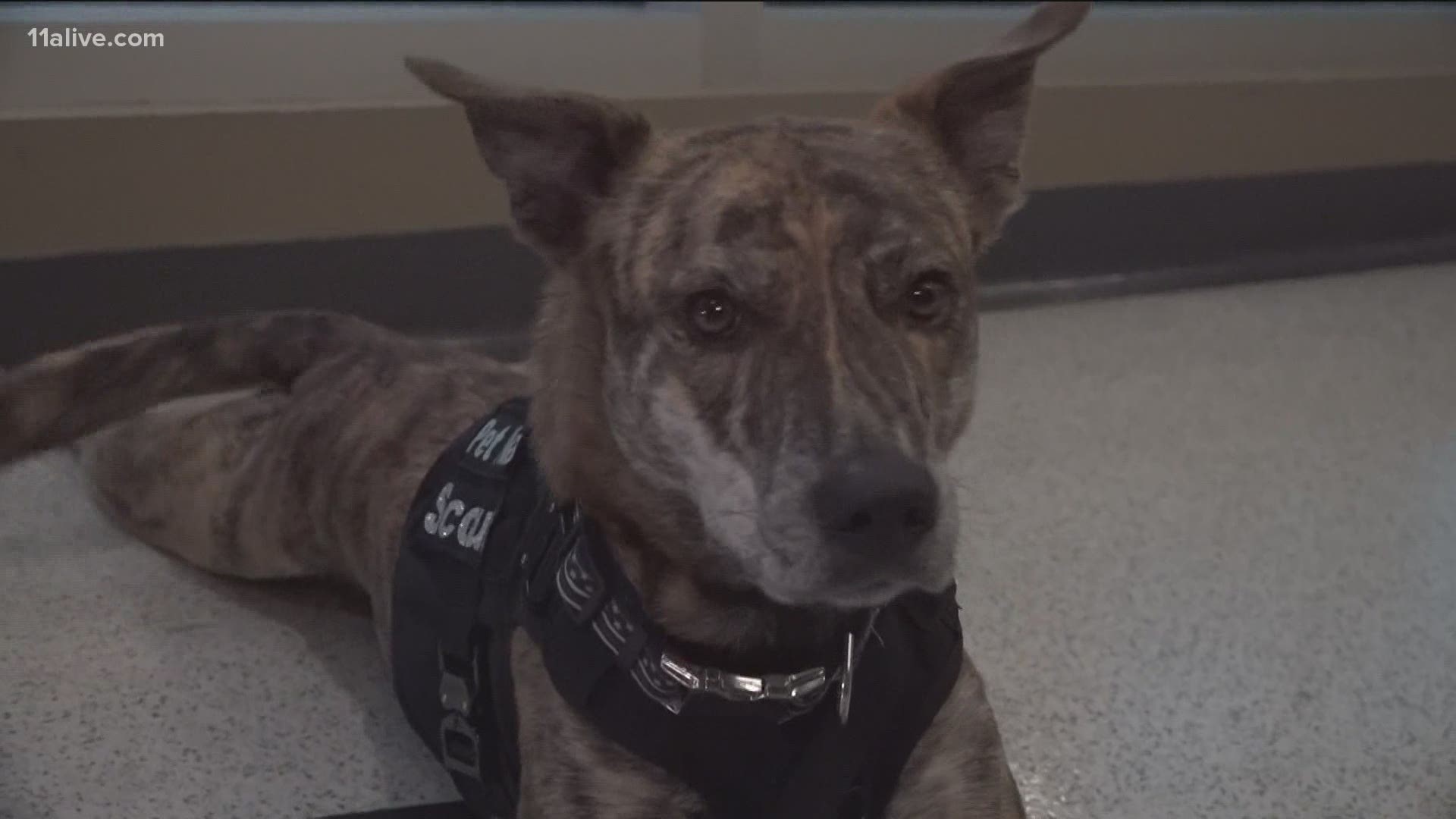 ATLANTA — A 2-year-old rescue dog is bringing a source of comfort to Atlanta Police Officers. Scout is the department's very first emotional support animal and will become the face of the agency's newest mental health initiative.

On Tuesday, APD announced the launch of PAWS or Police Animal Wellness Support Unit which will focus on promoting healthy relationships between police and community.

Scout's handler, APD Major LeAnne Browning, said the Tennessee Mountain Cur mix provided relief during a tough year, "during COVID and the protests, she was a huge help...just as a release to be able to pet the dog.”

APD said the plan is to eventually pair more officers with animals for the PAWS program through a partnership with the Atlanta Humane Society.

"The ultimate goal is that we want these dogs to not only help our personnel, our officers, and our civilian staff – but we also want to bridge that gap with the community," added Major Browning.

Across town, the Brookhaven Police Department said they've seen an uptick in mental health related 911 calls this year due to the pandemic.

“When the shutdowns happened and businesses started furloughing employees,  a lot of employees became concerned. Many of them were living paycheck to paycheck and that made them become hopeless. In turn, we were called to respond," explained Brookhaven Police Lt. Abrem Ayana.

Both APD and Brookhaven PD say they already had internal services in place to assist with stress management and post traumatic stress response.