Officials were able to locate the feline's home thanks to an implanted microchip. 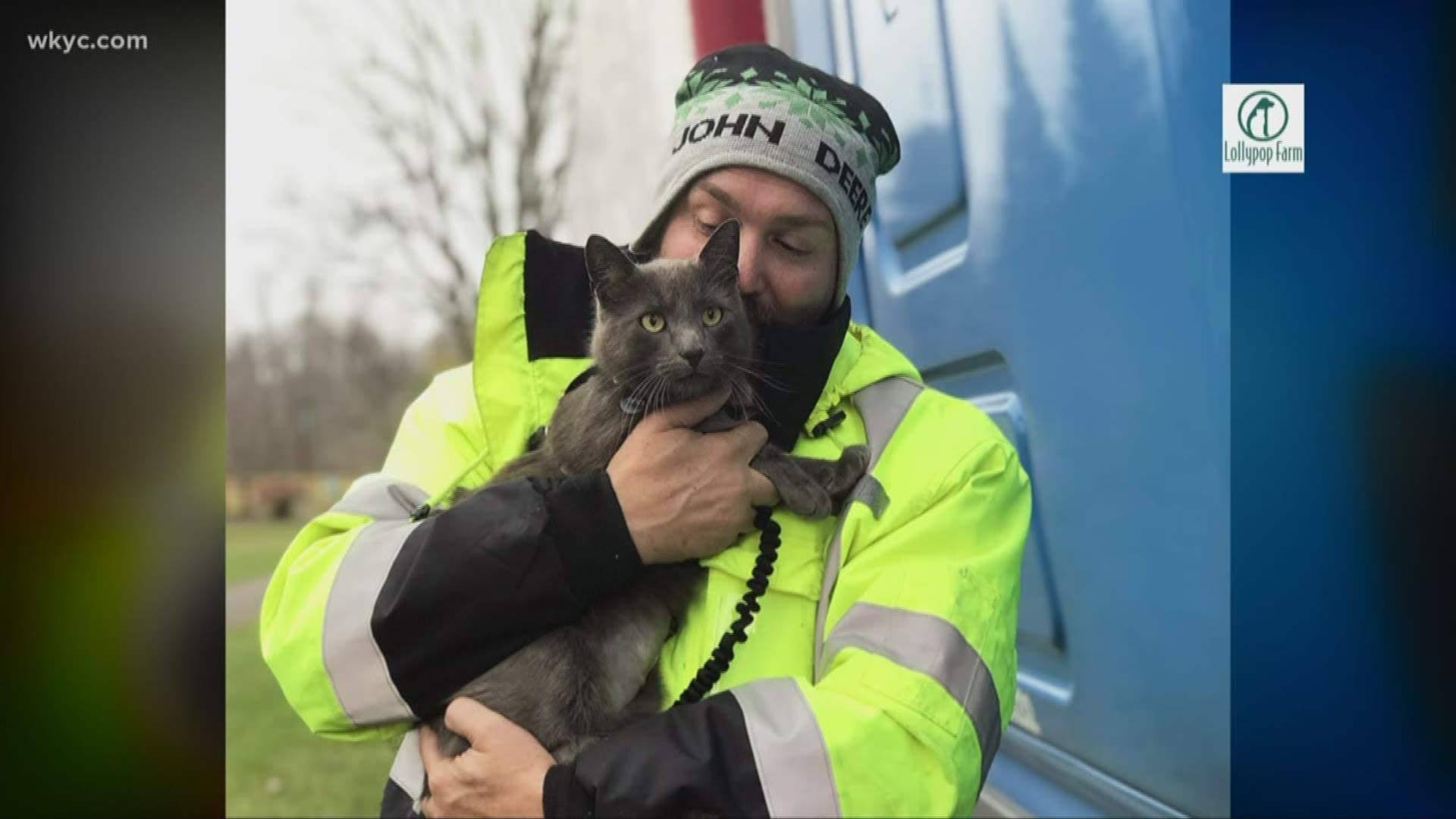 SPRINGFIELD, Ohio — It's being described as a "Christmas miracle."

Four months after going missing at a truck stop in Southwest Ohio, a cat has been reunited with its owner in Georgia. A trucker had apparently parked his 18-wheeler at Love's Truck Stop in Springfield when his feline and traveling companion, known as Ashes, got spooked and slithered away back in July.

According to the Humane Society of Greater Rochester, New York, a woman named Kimberly was moving from the west coast back to Rochester when she stopped at the very same location. While there, she noticed a hungry cat shivering in the cold, and decided to bring him to the Humane Society's "Lollypop Farm." She named him "Smokey."

"It was a difficult move for me," Kimberly said, "and Smokey was cuddled up in my lap the whole way home."

When the cat got to the farm, however, workers discovered a microchip implanted inside of him, and realized Smokey was actually Ashes and had been missing for some time. His owner was notified, and after Ashes received plenty of food and vet care, the two were reunited about a week and a half later.

"It’s that microchip—without it, I wouldn’t have ever gotten him back," Ashes' owner Matthew said. "If you love your pet, you just have to chip them. The women that found him saved his life, but the microchip brought him home."