Meet Theo: The special skill that has taken this Labrador Retriever across the country

The lovable chow-hound found his true calling after not making the cut as a guide dog. 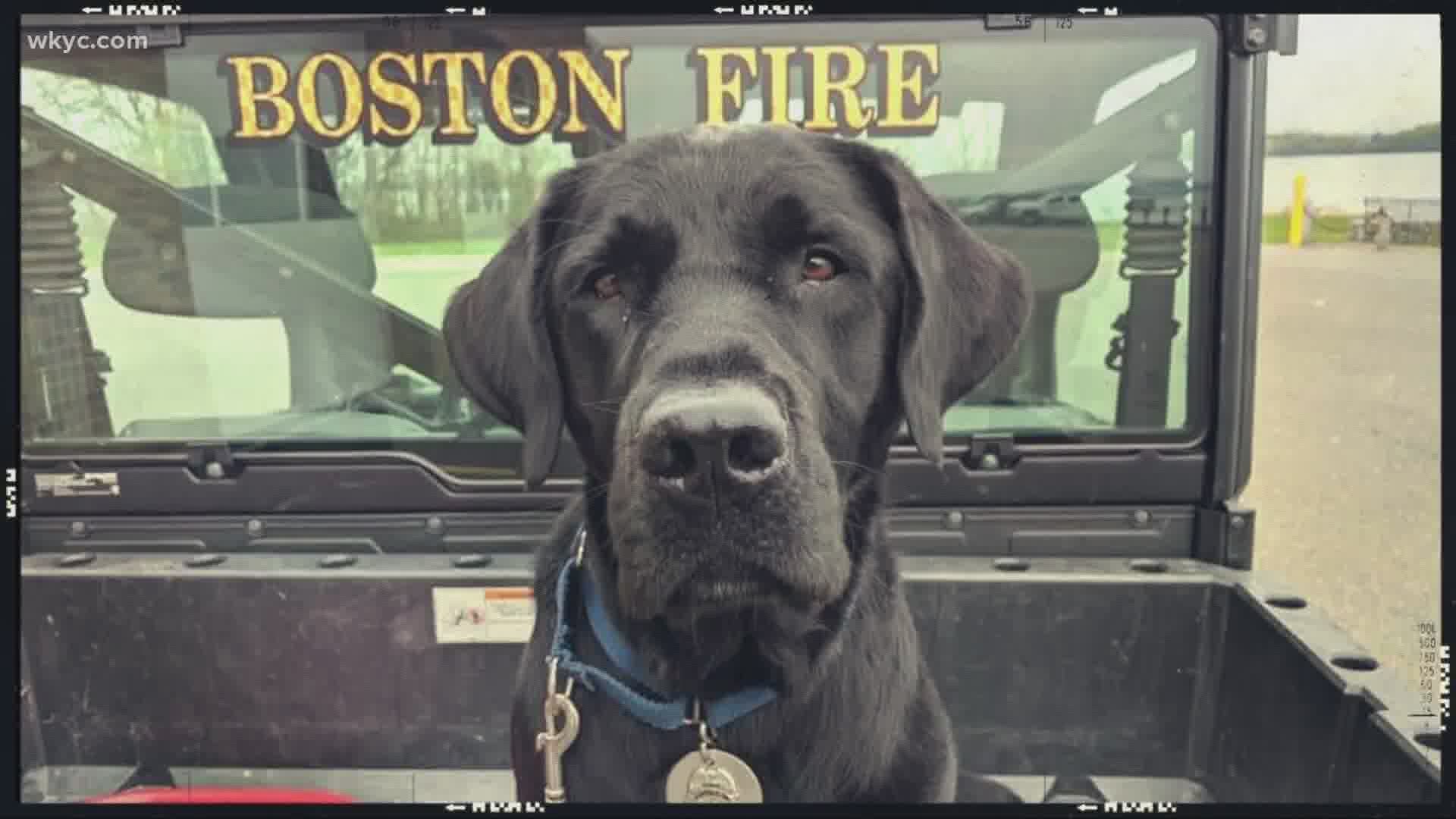 If backyard swimming was an Olympic sport for canines, Theo would be a contender.

“He loves the pool, the lake. So we take them to the beach so they can swim. You know, he’s still a regular dog when we are not working,” said Lt. Gordon Thompson.

Thompson is Theo’s handler. They are partners, and Theo is a regular dog -- except when he’s on the job. He is in rare canine company as one of only about 60 accelerant-detection dogs in the country.

“An accelerant-detection dog is trained to find trace amounts of ignitable liquids that are typically left after a fire," Thompson said. "If those were used to set the fire, the dog will take us to that area where they are. He will help us pinpoint the area, helping the fire investigators. It saves us a lot of time, whether we are just digging it out, looking for different patterns. The dogs will take us to that spot, and it increases our chances of having positive results at the laboratory. And narrows down our search area faster."

RELATED: It's National Dog Day: Send us photos and your pup may be featured on 3News

Trained by the ATF, Theo and Thompson are members of the agency’s national response team. That means they go wherever needed, responding to large-scale incidents across the country and traveling as far as Puerto Rico and the U.S. Virgin Islands.

But his role is critical, for the duo must train every single day, even when they are not at a fire scene. That’s because accelerant-detection dogs are food-motivated. They are only hand-fed and never eat out of a bowl.

Credit: Lt. Gordon Thompson
An accelerant detection dog is trained to find trace amounts of ignitable liquids that are typically left after a fire. If those were used to set the fire, the dog will take their handler to where the accelerants are.

Thompson set up a training scenario for Theo.

“So he has to find the accelerants that I hide every single day. Several times a day. He finds that and I give him a few kibbles of food. Then I will tell him, ‘show me’ and he will put his nose on the highest concentration. And that’s the only way he eats."

Theo is Thompson’s third canine partner. Tahoe was his first.

“Tahoe was a great dog. I worked for 7 ½ years with him before he retired.”

“Yes, Ian was my second canine. A completely different dog, but just as amazing as Tahoe.”

The pairing with Theo almost didn’t happen. When the ATF was looking for a handler to pair with Theo, they reached out to Thompson. But at the time, Tahoe who had long since retired, was near the end of his life.

“Tahoe was sick when the opportunity came to get Theo. I would have retired Ian early, but Tahoe was sick and I just, it was three weeks before he passed and we knew his time wasn’t long. I couldn’t leave to go get another dog. And it turned out to be the best decision I made."

So Thompson remained at home, continuing to work with Ian, and being there with Tahoe until the 14-year-old dog passed in December of 2018.

Credit: Painesville Twp. Fire Dept.
Tahoe lived to the ripe old age of 14. He passed away in December of 2018.

But little did Thompson know Theo’s original handler had to drop out of the ATF training program. So the agency turned to Thompson once again.

“Tahoe had passed and I got a phone call saying ‘Theo is still available,’ so I talked to my wife, my boss and everyone was on board."

The government shutdown kept the new partners separated for a few more weeks, but Thompson was soon able to train with Theo. They took their certification test and Theo received a perfect score. That was early in 2019 and the two have been working together ever since.

RELATED: Learn about the demands of training an accelerant detection dog

The dogs live with their handlers during their careers and even after they retire. Ian and Theo also share space with Hank, the Thompsons’ family dog – who enjoys a more relaxed life with the now-retired Ian.

“I can’t even put into words the bond that we have with these dogs, how much they require not only working in training, but they still want love and affection. Just like any Labrador. To me, this is the best job in the world.”

A fun fact about Theo is that he actually started out training to become a guide dog, but his big personality and great nose made him a better fit for the ATF.

Dogs selected for the program train for about six weeks before being paired with a handler. The ATF matches the dogs with their partner, based on personality. After that, the new partners will train together for about another six weeks.

Credit: Painesville Twp. Fire Department
Theo is a big deal. He actually has his own trading card.

When not traveling to big cases, you can find Theo in Lake County. He works alongside Lt. Thompson at the Painesville Twp. Fire Department, where Thompson is a fire investigator.

RELATED: Clear the Shelters 2020: Meet the owner of Neighborhood Pets in Slavic Village