Bandit, the wheelchair-bound dog, is getting a forever home

Bandit has been adopted out and returned several times over the past few years. 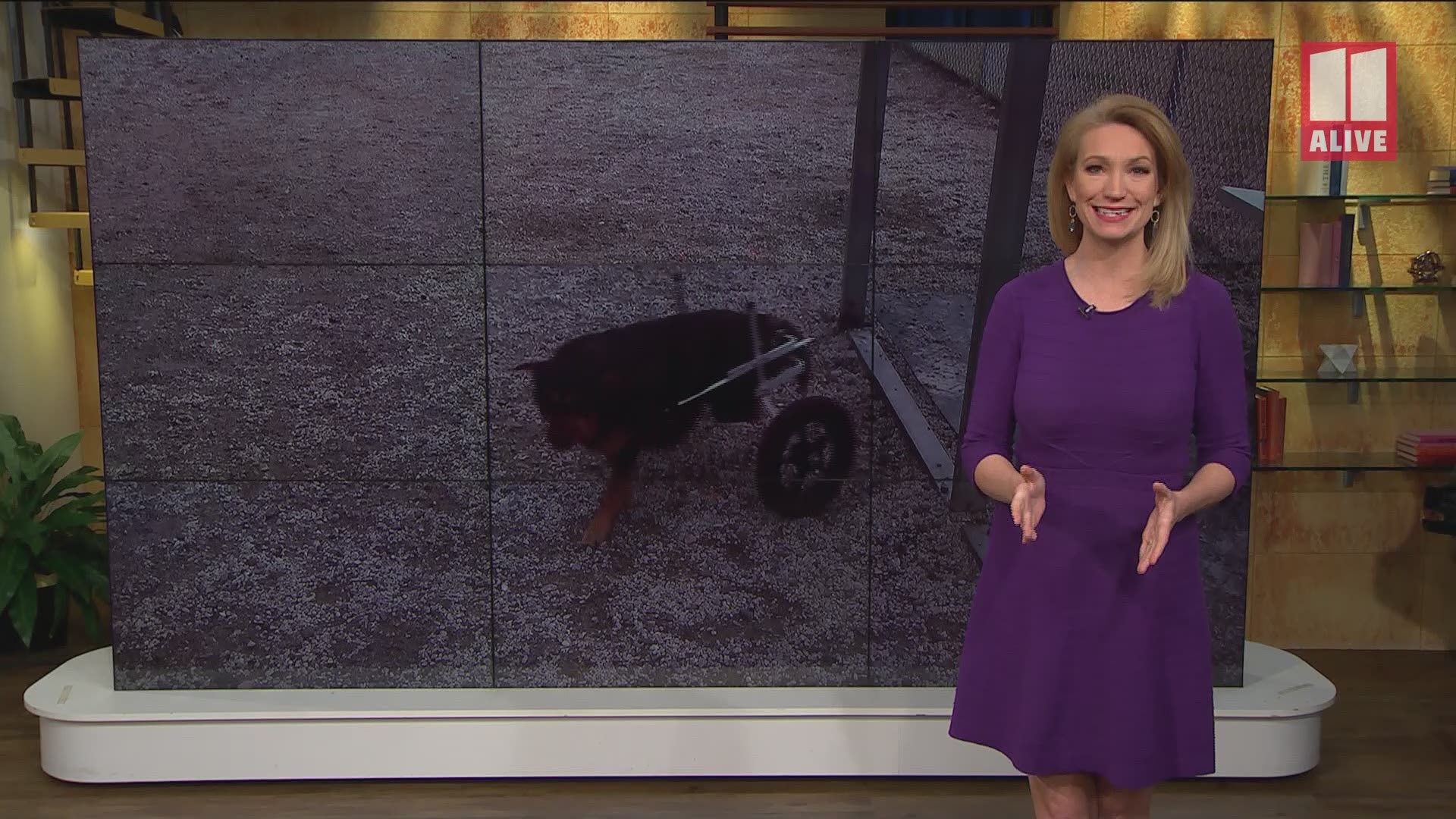 GWINNETT COUNTY, Ga. — We have followed the journey of a special needs dog named Bandit as he has searched for a forever home over the past few years.

He is a wheelchair-bound jail dog who has been adopted and, unfortunately, had to be returned several times over the past few years. On Wednesday, Bandit is getting a forever home.

Bandit lost the use of his back legs when he had a rare reaction to heartworm medication. As a result, he scoots around in his wheelchair and requires some extra care from someone who can give him that in a forever home.

“He just needs a special family,” said Gwinnett County Sheriff's Office spokesperson Deputy Shannon Volkodov a year ago. “A family who can spend a little more time to help him out.”

Bandit is part of the Gwinnett Jail Dogs program, and three inmates at the Gwinnett County Jail are trained to take care of him. They get him in and out of his special wheelchair in record time, and he has learned tricks from different trainers.

Thousands of people have shared Bandit's story, but no one has stepped up to permanently adopt him, mainly because of the sheer amount of work and care necessary for Bandit.

That is, until now.

A new owner has stepped forward for Bandit, ready and eager to give him a forever home.

Bandit's new owner also is wheelchair-bound, so his home is already wheelchair accessible. As a result, Volkodav said, officials at the Gwinnett County Sheriff's Office believe this will be a perfect fit for Bandit and his new family.

PHOTOS | Wheelchair-bound dog up for adoption

1 / 13
Four legged furry friends serve as companions to some inmates at the Gwinnett County jail. This guy's name is Bandit.

Couple who stole deputy's 'abandoned' dog thought they were rescuing it, police say

Beluga whale at Georgia Aquarium due to give birth this spring