Since the beginning of the year, Stephen Meyers has trekked state by state to spread awareness of PTSD 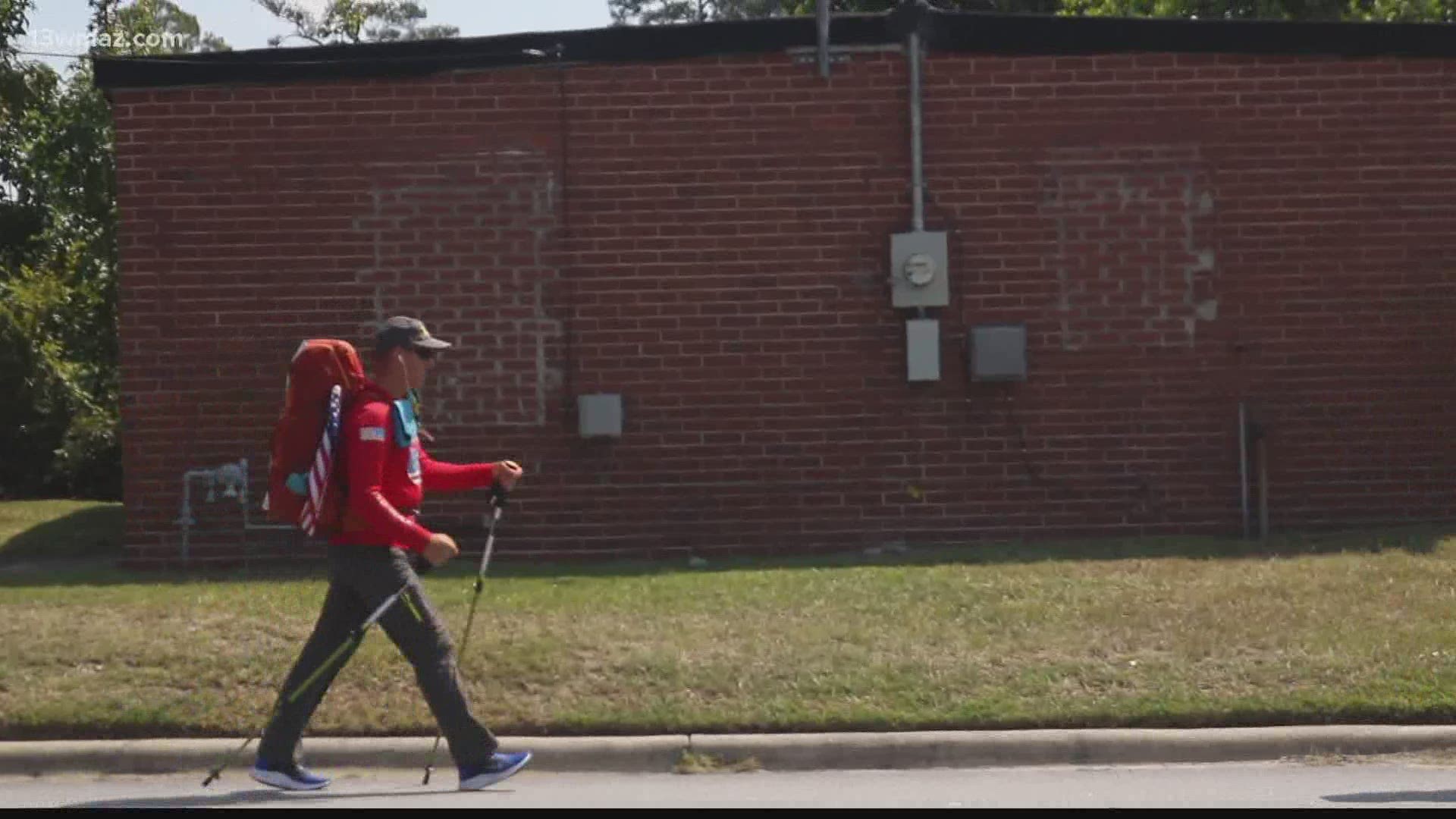 MACON, Ga. — In February, Stephen Meyers struck out from his home in Missouri with the goal of walking all the way down to Jacksonville, Florida.

By the time he made it to the border of Kentucky and Tennessee in March, COVID-19 forced Meyers to put his pilgrimage on pause... but not for long.

In August, Meyers reignited the walk in order to continue talking to people throughout the states about Post-Traumatic Stress Disorder.

Now, Meyers and fellow walker and veteran, Carl Curtis, are making their way through Central Georgia.

"PTSD is glossed over completely, swept under the rug, and it's a cultural problem," Meyers said. "The men and women that I was trying to emulate, I was following their example. They didn't get help, I didn't get help. We need to talk about it."

During the walk, Meyers wants to provide some hope to people who are suffering while finding ways to uplift to community.

And when he talks about the pressures of post-traumatic stress, Meyers doesn't want the conversation to focus solely on members of the military.

Throughout their journey, Meyers and Curtis are also speaking to police officers, firefighters, EMTs and 911 dispatchers.

Along the way, the pair will meet with over 50 first-responder teams and veteran organizations about the importance of reaching out for help.

"There are resources out there, but you've got to seek them out. You've got to find them," Curtis said. "If we can say something that helps one person and encourages them to go get help and start talking about and dealing with these issues, then what we're doing is a success."

Curtis and Meyers are halfway through their 1,008 mile walk and plan to make it to Jacksonville by the end of September.

While in Central Georgia, the two will stop by the Warner Robins Veterans of Foreign Wars and American Legion before moving on towards Savannah.

To follow Meyers and Curtis' journey or learn more about post-traumatic stress, check out the PTSD Walk website.