Stacy Halstead said she only expected about 200 people to turn out, but more than 1,000 showed up for the 5K run in Lawrenceville in Tripp Halstead's memory. 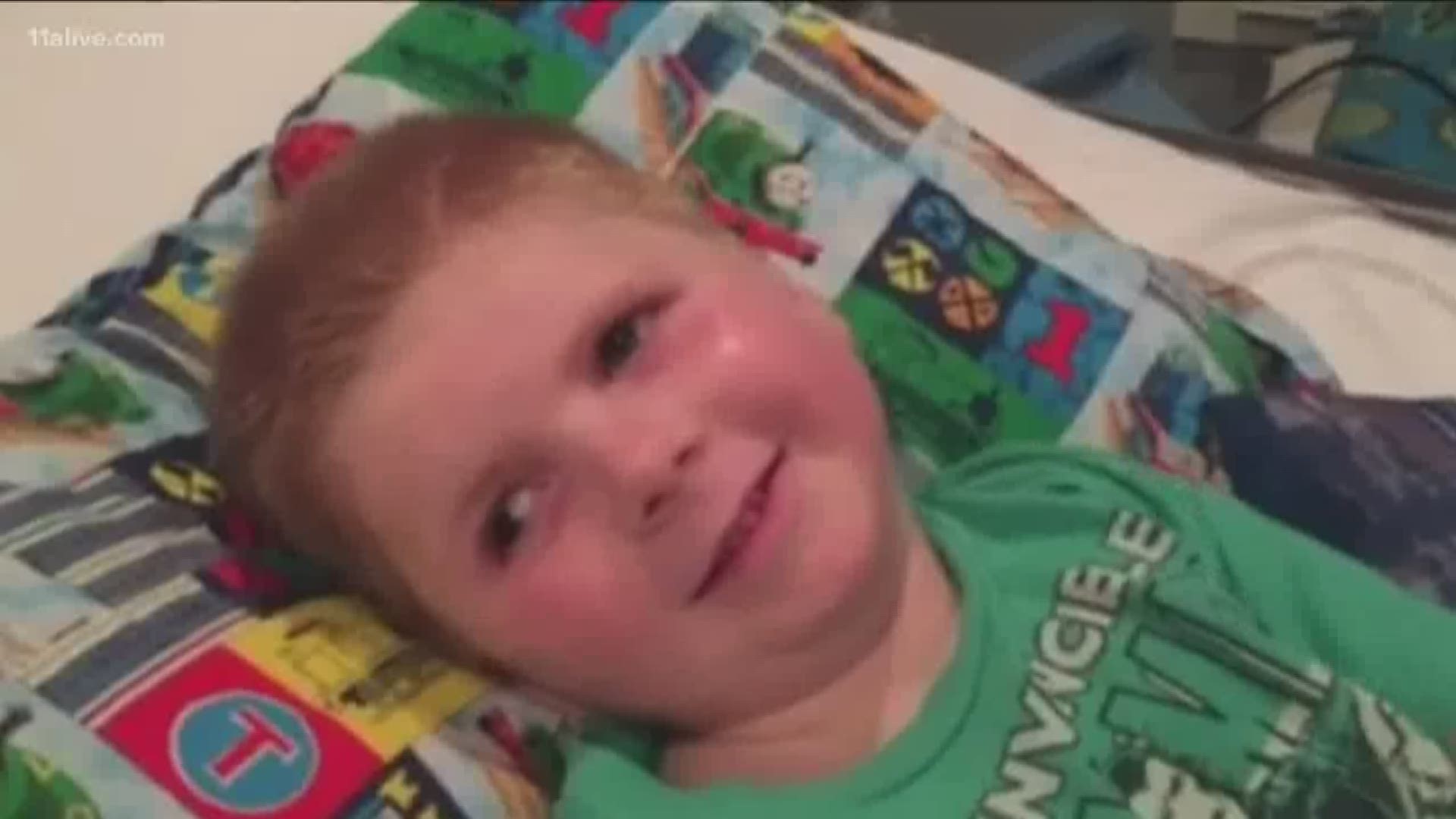 LAWRENCEVILLE, Ga. —
The 7-year-old who captured the hearts of millions around the world after he was injured in an accident at a daycare center was remembered at a 5K run on Saturday that exceeded the expectations of everyone, including his mom.

Tripp Halstead died on March 15, 2018, more than five years after he was hurt when a large tree branch broke above him, landing directly on his head.

Doctors feared the worst. They were certain that the 2-year-old boy wouldn't survive the accident. His brain had swollen and his body had started shutting down.

But little Tripp not only survived, he thrived. Over the following years, his mom, Stacy Halstead posted updates on Facebook, bringing the rest of the world into their world, allowing everyone to share Tripp's story.

On the morning of March 15, 2018, she said she awakened to find her son's breathing had become very labored. Little Tripp was rushed to the hospital, where he died later that day.

RELATED: 'We are beyond devastated' | Tripp Halstead's parents post message after boy's passing

In a park in Lawrenceville, on Saturday morning, Stacy was overjoyed to see more than 1,000 people ready to run a 5K in Tripp's memory.

"Only about 200," Stacy said, when asked how many people she expected to show up for the run. "I couldn't be more overjoyed to see how many hundreds more here today."

Team Boom 4 Tripp was created initially to help support the Halstead family, but now is working to give back to the community.

Proceeds from Saturday's run will benefit the non-profit Sunshine on a Ranney Day, which helps safe room makeovers for children suffering from long-term illnesses. They came forward to help the Halstead family after Tripp's accident.

For more information and to donate, please visit TeamBoom4Tripp.com.

Photos | Tripp Halstead through the years

PHOTOS: Tripp Halstead through the years