The art of the side hustle: How one Macon couple turned their hobby into cash

Alan and Tisha Carr needed a change, so they expanded their farm and ended up creating products with goat's milk 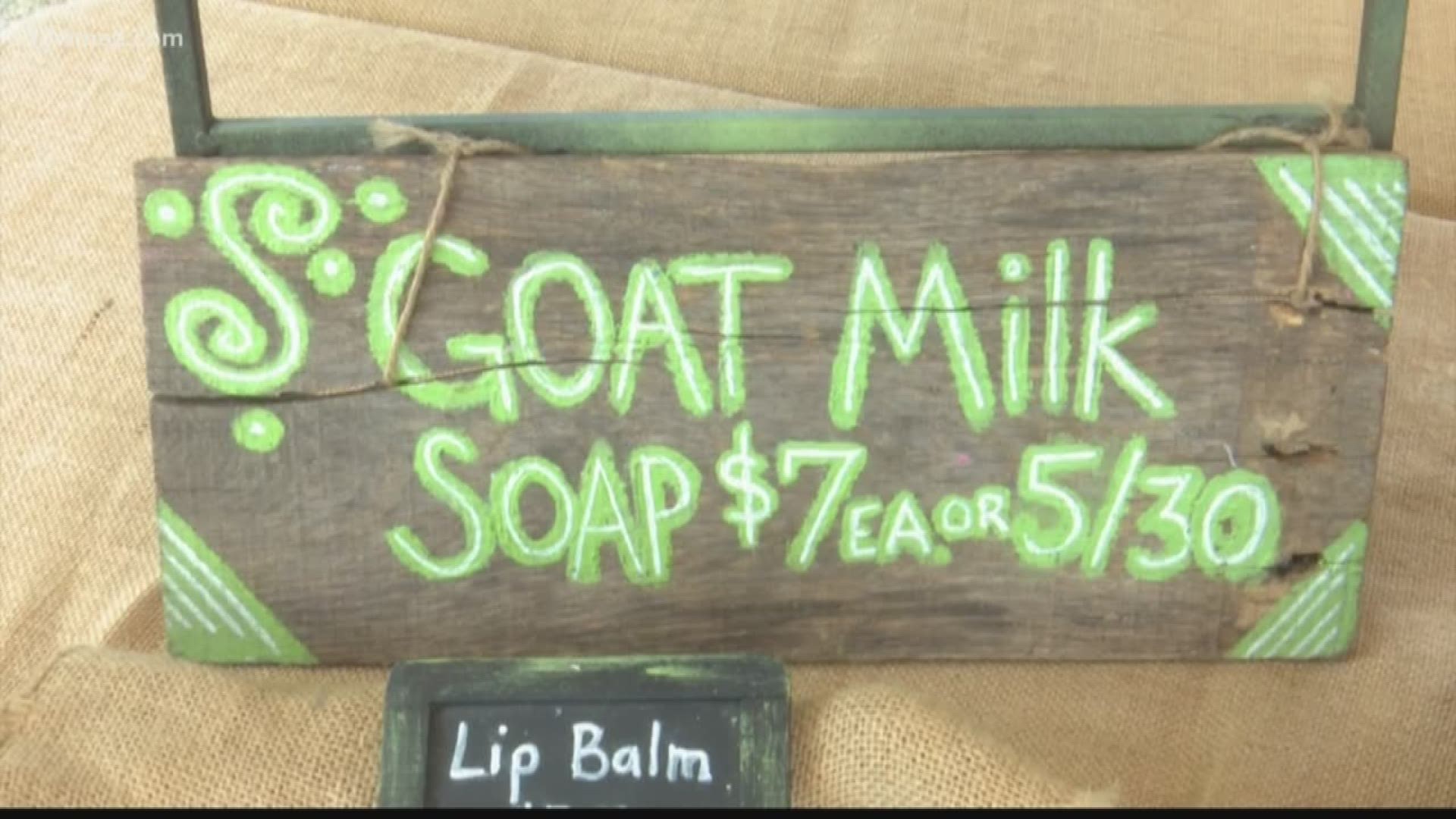 MACON, Ga. — We recently told you about side hustles, or ways to make money on the side by turning something like a hobby into extra cash by selling your creations on the internet.

Through our partnership with Mercer University's Center for Collaborative Journalism, Amyre Makupson continues her series with a farming couple from Macon whose hobby has turned into income.

RELATED: The art of the side hustle: How one Macon woman turned her love of doodling into extra cash

Tisha Carr was looking for a change.

"I really just wanted to get out of the corporate world and out of the retail business. I wanted to be home with my family,” said Carr, who owns Bone Creek Farms.

After spending years working retail, Tisha and her husband decided to expand their farm and bring in a few goats, which led to an idea.

"She said, ‘I think I'm going to try making some soap.’ So, we had made some soap and our friend said, ‘You could probably sell that,’” said Alan Carr.

The Carrs thought why not, and signed up for retail space at their local farmer’s market.

RELATED: Buying local in Macon is easy at the Mulberry Market

"It's not hard at all. It's just generally a simple application and a couple of telephone calls,” said Alan. "We said we would be happy if we sold 10 bars at that first market at Mulberry Market, and we actually ended up selling like 50 the first time we ever went.”

What started out as just something to try, has turned into some big money.

"The soap brings in about two-thirds of what my regular income was,” said Alan.

The Carrs sell several goat milk products, other than soap. If you want to check them out, you can do that here.

The Mulberry Market is at Tattnall Square Park each Wednesday from 3:30-6 p.m.