The power of a poem Vietnam veteran William Smith wrote over 30 years ago will soon be a song that he hopes can help other veterans. 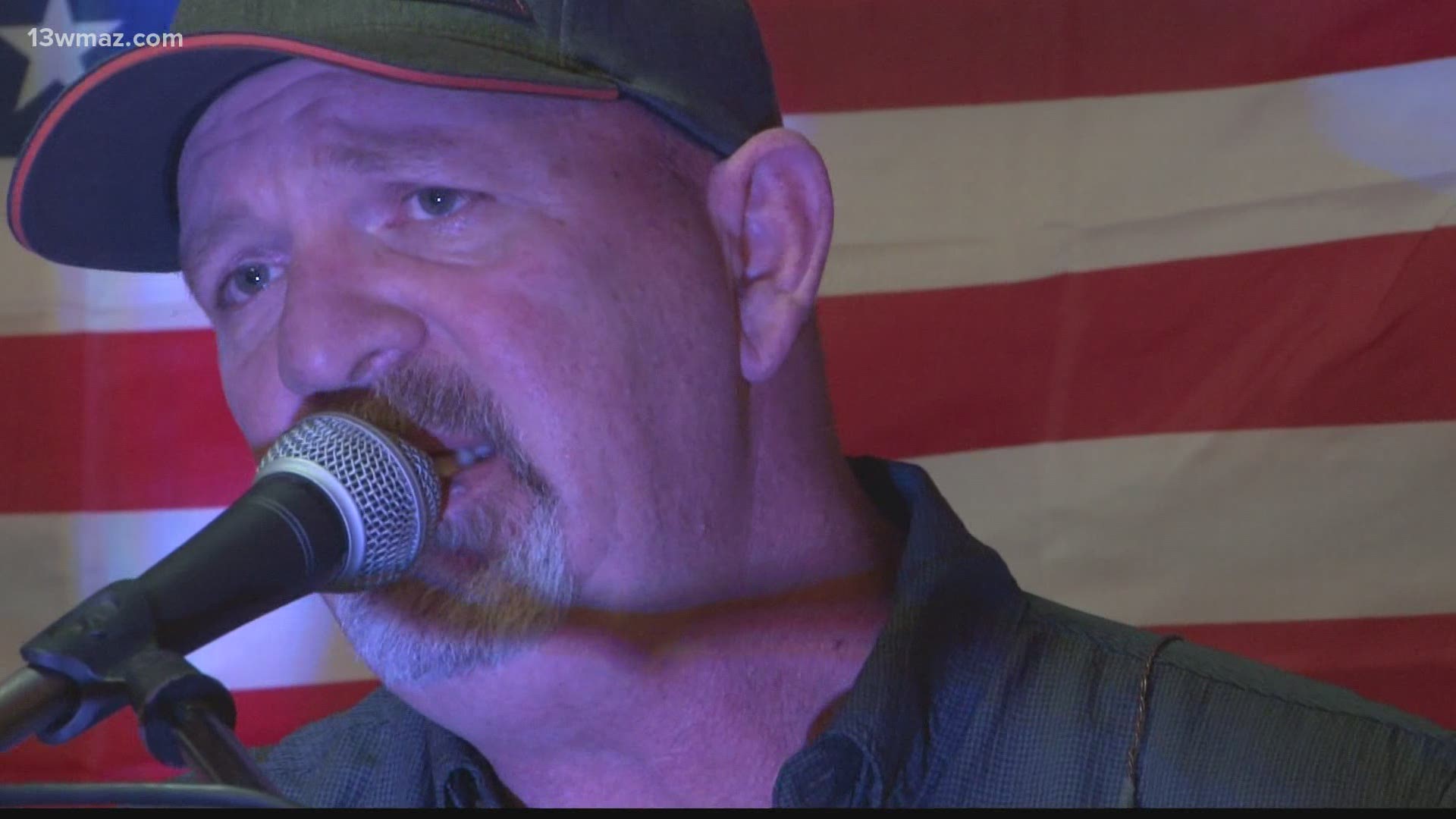 WRIGHTSVILLE, Ga. — Words are powerful. That's why 30 years after one veteran wrote some down, they are still making a difference today.

William Smith wrote down, in his own words, what he experienced overseas when he fought in Vietnam.

Fast forward 30 years later and that poem is now a project between two men, and they both have a message to every person who has served in uniform.

Heath Claxton wanted to hear every detail Smith had to share.

"And what it means is no fear on Earth, that's the wolfhound," Smith explained while pointing at a patch he earned.

Heath is a music man and Smith earned a Bronze medal while in uniform, recently the two became friends.

Smith, like a lot of veterans, suffers from post traumatic stress disorder (PTSD). But, he found comfort in crafting his words into a poem back in 1990.

"Moaning and groaning he laid in the mud, losing the flow of life's true blood," Smith read off an old piece of paper.

"How to kill and how to survive, to be an American soldier, and to standup with pride," Heath sang behind a keyboard.

The song is raw, it speaks of Smith's pain and the losses he endured when his friends never came home.

"I still get emotional, and that's just the way it is,"  Smith said.

The struggle is shared between the poet and the songwriter.

Heath says anyone can download the lyrics, but he really only needs an audience of two, Smith and his wife Rosa Lee.

"A lot of pride," Heath said with tears in his eyes.

The pride is not for himself, but a realization that between the two men, they might be able to reach other people who are just looking for someone to understand what happens on the battlefield.

"There's many veterans with a lot of stories, and, you know, we need to listen to those stories. They did give it all," Heath said.

The song has been recorded and is planned to be released to the public soon. You can find out more on Heath's website.

RELATED: 'This is a dream': All African American JSTARS crew makes history at Robins Air Force Base