About three years ago, Aaron Davis camped outside of an Atlanta shoe store for 15 hours, waiting for a sneaker release. Now, he owns his own shoe store in Macon. 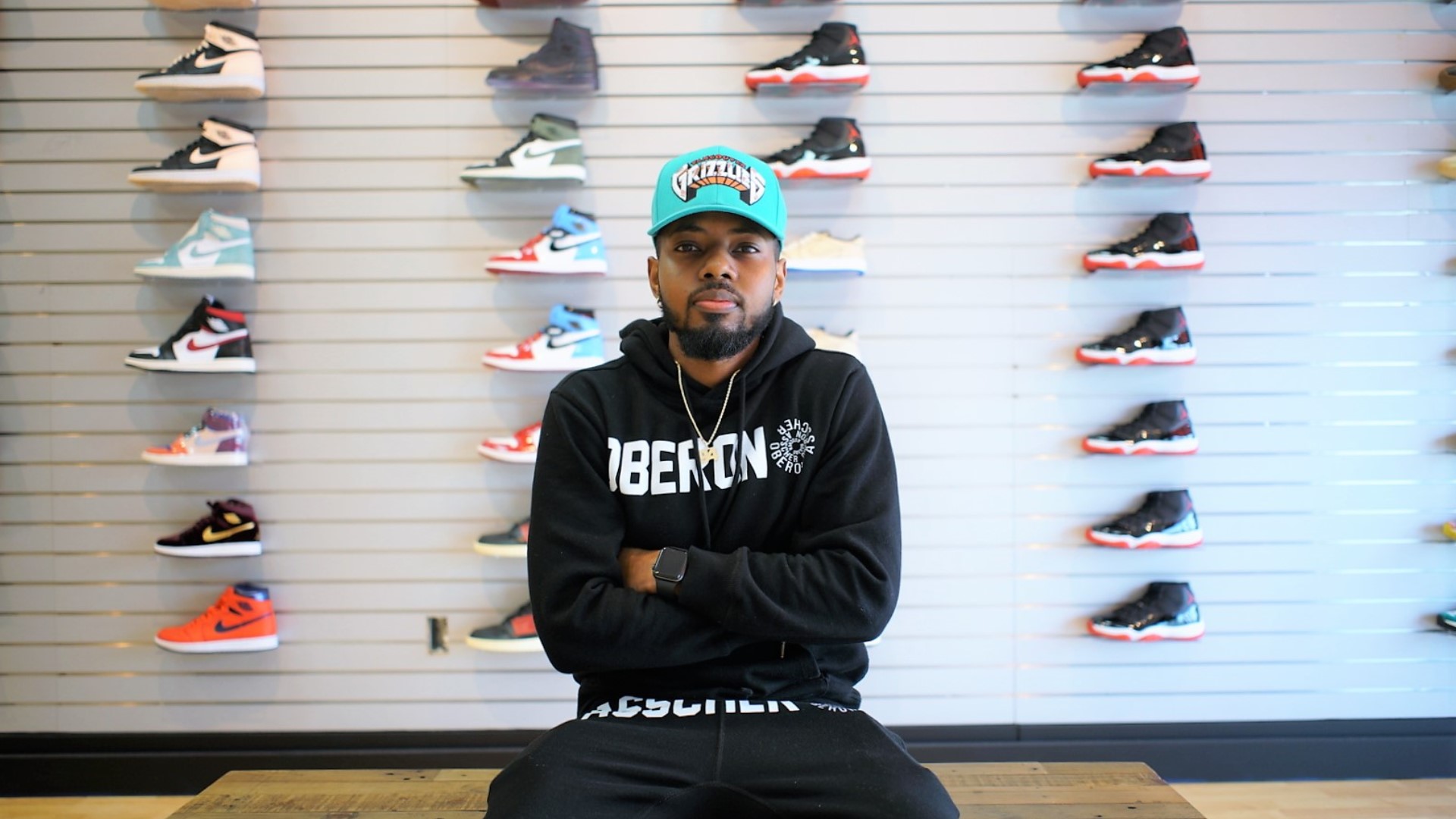 MACON, Ga. — About three years ago, Aaron Davis camped outside of an Atlanta shoe store for 15 hours, waiting for the Air Jordan 1 Retro Gold Top 3 sneaker to release.

“The release finally comes. The doors open and I get my two pairs of shoes, and as soon as I stepped foot out the door some guy comes up to me,” Davis said. “The dude's like, ‘Shoot, I’ll give you $1,200 for both of the shoes.”

He and his girlfriend only paid $160 each for the two pairs of shoes they bought. That’s when he says he decided he was going to take the sneaker-selling industry seriously.

“From that day forward it’s just been up from here,” he said.

Now, he owns STUSA, a shoe store located in between Journeys and Game Stop at the Shoppes at River Crossing in Macon.

The Warner Robins native turned 25-years-old in November – the same month he opened STUSA. He says opening the store-front was his birthday present to himself.

Davis’ original plan was to open a shoe store in 2022, but when the opportunity arose to open one near his birthday, he couldn’t pass it up.

He used to have a t-shirt stand inside of the Macon Mall. Then, folks with the outdoor shopping center came to him with an offer to open the t-shirt stand as a store.

“I was like, ‘Nah,’ he said. I know, like, if you guys are coming over here for a t-shirt stand then I can really blow your mind by putting a consignment shop over here."

Davis says he takes pre-orders so customers can pay ahead of shoe’s release to avoid “all the commotion.”

He doesn’t camp outside to wait for shoes to drop anymore, though. Davis says, now, he pays people to do that for him if he knows an unreleased shirt or sneaker will have a high resale value.

“The regular person isn’t going to put in that type of leg work to get shoes,” he said. “So, if a person wants it, they’re going to pay that price to get the shoe.”

Business is going well for Davis. He says STUSA is expecting to surpass $1 million in sales in 2020.

“I’m blessed but there’s just so much more that I have to do. Not just for myself. Just for the city, and the community, and the people around me,” Davis said.

It was important to Davis to set up shop in Central Georgia instead of relocating to a market hub in a big city, like Atlanta or Miami.

“It’s a lot bigger than just shoes over here with me,” Davis said.

He says he personally owns about 100 pairs of sneakers. He used to have over 200, but he says he sold much of his collection to get his business up and running.

“If you’re a sneaker head then you know how much it hurts to get rid of shoes,” Davis said.

STUSA also sells brand-name clothes at the store as well. You can find STUSA on Instagram at @stusakicks.