GM employees who talked to the Free Press did so on condition of anonymity because their jobs are at risk. 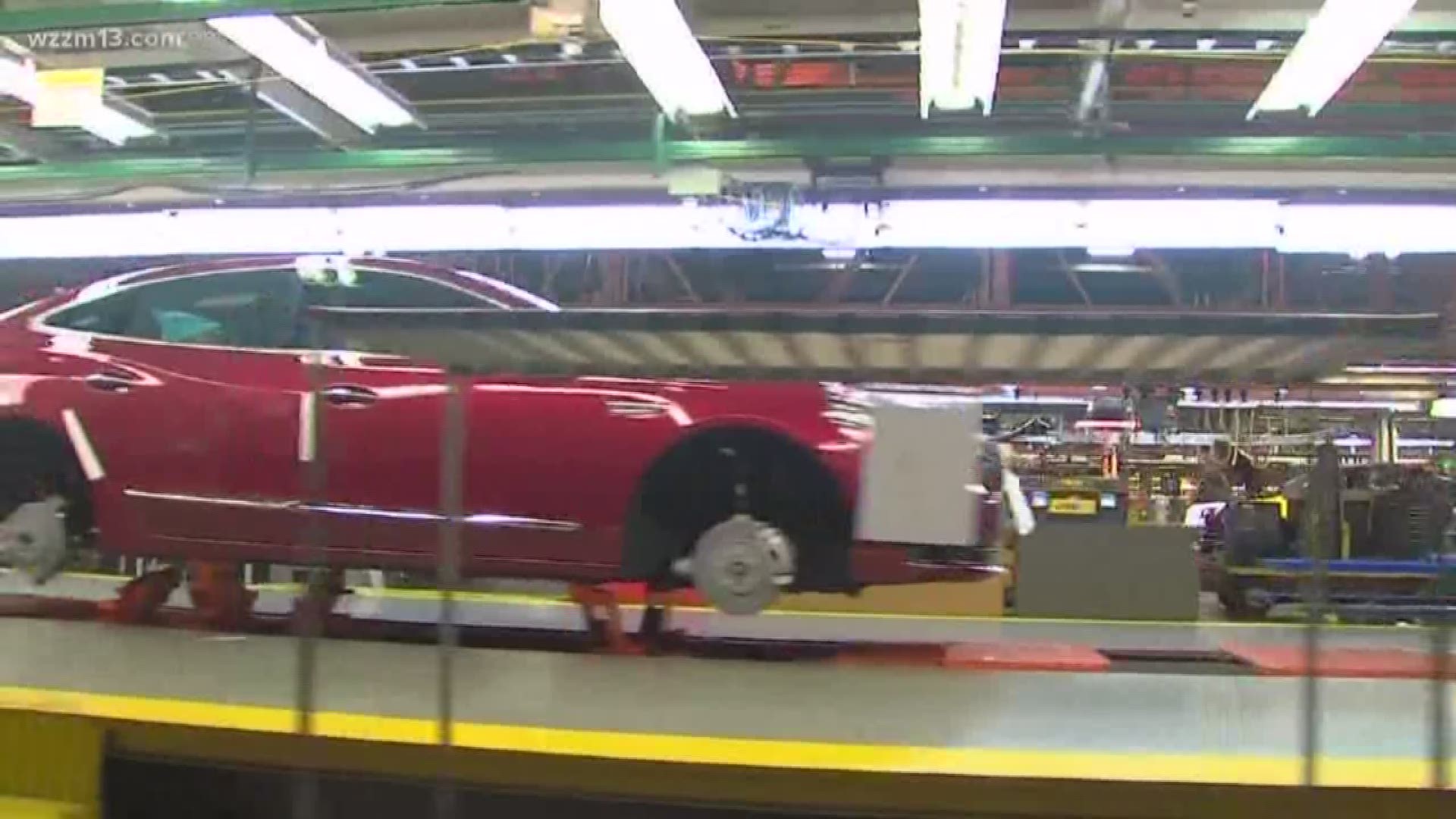 General Motors hoped at least 7,000 white-collar workers would sign up by noon Monday for a buyout offer, but managers told employees last week that it was likely to fall short, raising the prospect of significant layoffs.

The number volunteering for the offer is likely be closer to 4,000 based on estimates by an actuary, some GM employees said managers told them.

That means 3,000 or more salaried workers in North America could be terminated starting in January if the automaker in fact opts for forced job cuts, which it has said it would consider if buyouts fell short.

That's the message some GM managers gave salaried workers during department meetings held Thursday and Friday of last week, several employees who attended the meetings told the Free Press. The meetings were an 11th-hour attempt to help employees with 12 or more years at GM decide whether they want to take a voluntary buyout.

GM employees who talked to the Free Press did so on condition of anonymity because their jobs are at risk.

The meetings were presented as informational and GM managers told employees, "Nobody’s under pressure to sign up or fear they’ll be threatened with firing or termination if they don’t sign up," said a former senior-level GM manager who spoke with several employees who attended the meetings.

“GM (leaders) haven’t decided what they’re going to do if there is a shortfall — if they don’t hit 7,000," said the source. "They said they may start the process in mid-January for involuntary releases.”

GM has said it must trim costs amid the rising prices of raw materials and plateauing car sales. So on Oct. 31, GM CEO Mary Barra sent an email to all 50,000 salaried GM employees in North America saying the automaker is offering voluntary buyouts to the 17,700 salaried employees who have 12 years or more with GM. Most global executives are also eligible.

GM has said if it cannot achieve enough cost savings between the buyouts and other cost-cutting measures, it might consider involuntary job cuts after the first of the year.

One adviser who has been working with several GM employees and managers said the process of selecting the voluntary and involuntary job cuts will happen quickly.

“GM will complete the voluntary buyouts by Nov. 29. The managers we’ve talked to are already making their list and will select their cuts in January,” said the adviser, who did not want to compromise his clients’ identities by having his name published.

He said on Jan. 15, GM will announce the involuntary job eliminations, and “walk people out.”

The buyout packages include six months pay and six months of health care coverage, the GM spokesman confirmed. Those who opt to take the buyout have until the end of the year to continue with GM, with severance effective Jan. 1.

The six-month pay and six-month health care is the same severance a GM employee with 12 years or more experience would receive if they were involuntarily terminated, GM employees said. That's why some inside the company say interest in the buyout has been lukewarm.

One employee who works on interior components said about 90 people in that department qualify for a buyout. By the end of last week only two signed up to take it, said the employees.

Over the next few days, GM will analyze the list of buyout hand-raisers. Anyone who has a “critical skill” will likely not be allowed to take a buyout, said a person familiar with how GM has run buyouts in the past.

"The calibration and engine group, for example, those people are very hard to get and it’s a very unique skill set," the person said.

GM has trimmed ranks in the past by combining units. For example, it is moving about 3,000 employees, mostly propulsion system engineers, from its Global Propulsion Systems center in Pontiac to the GM Technical Center in Warren.

GM has said the move is being done to speed up work on developing electrified vehicles. GM will be "further integrating our Global Propulsion organization with vehicle engineering," and boosting the total number of engineering resources dedicated to electric vehicles, GM spokesman Mike Albano said in a statement.

Economist Jon Gabrielsen, an adviser to the auto industry, has said he expects that 7,000 salaried jobs will be cut from GM in metro Detroit, "over the course of an auto downturn in the next two to three years, plus as much as another 7,000 in hourly based on how much sales soften."

The UAW contract for hourly workers with Detroit's automakers expires in September 2019.

Crosstown rival Ford also is working to reduce its salaried workforce. Ford has not provided specifics on how many jobs will be cut or over what time frame in its $11-billion "fitness" plan.