The development could breathe new life for the iconic restaurant and music venue. 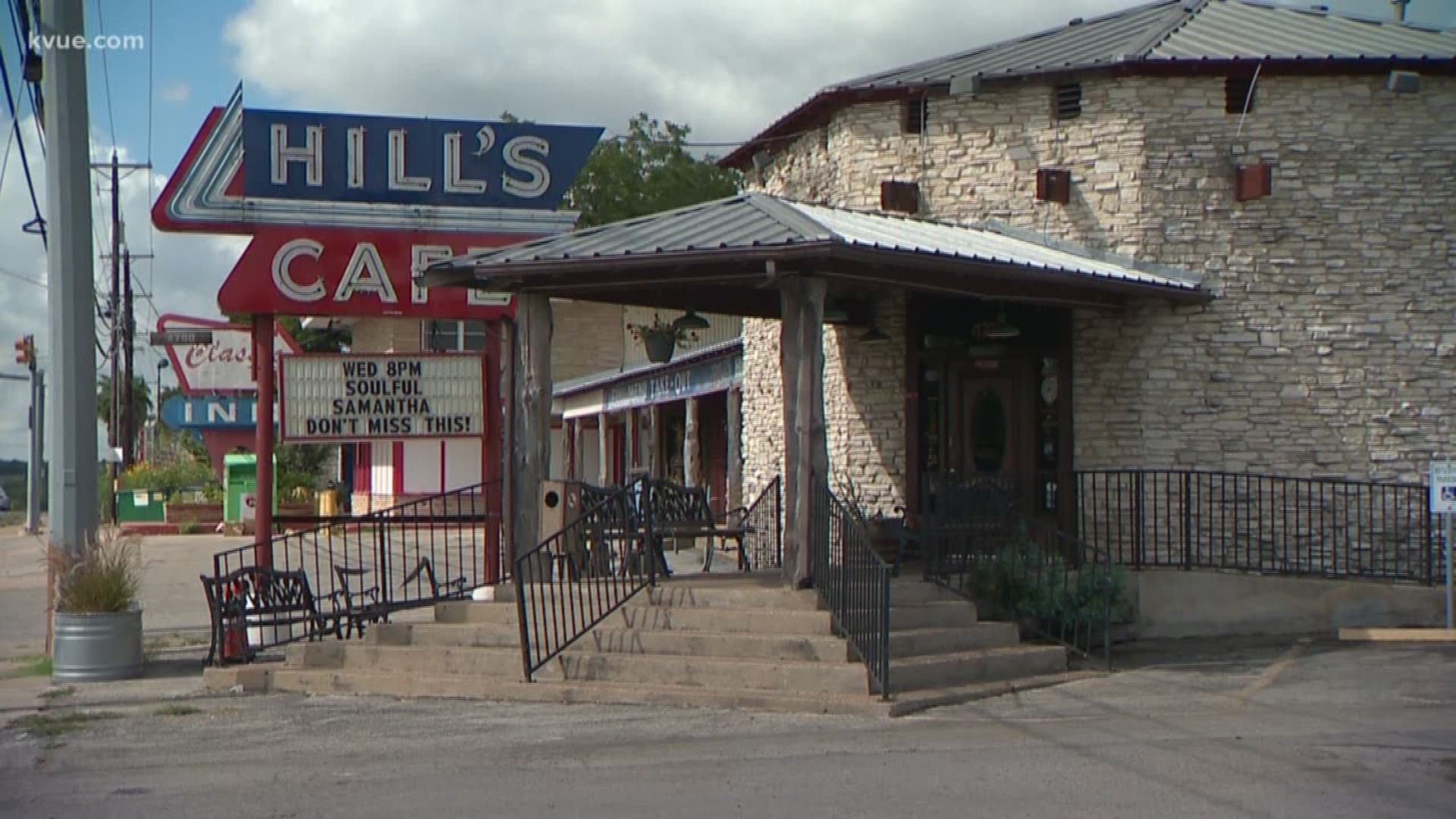 AUSTIN, Texas — A new mixed-use development is reportedly in the works on a 15-acre property off of South Congress Avenue where Hill's Cafe used to sit.

Dean Goodnight told the Statesman that his family intends to stay involved as the site develops into a 600-apartment and retail project, which will also include office spaces and a hotel.

The Statesman also reported the project could bring new life to Hill's Cafe, including a restaurant and live music venue just as before.

"We're still very bullish on South Austin, and as such that's why we're looking to stay involved with this project on South Congress and did not just cash out," Goodnight told the Statesman.

Hill's Cafe closed its doors in 2018. A previous mixed-used development that had been planned for the site did not come to fruition.

Fate of 2021 Austin City Limits Fest still to be determined