The new Kumho Tire plant in Macon is getting closer to opening. 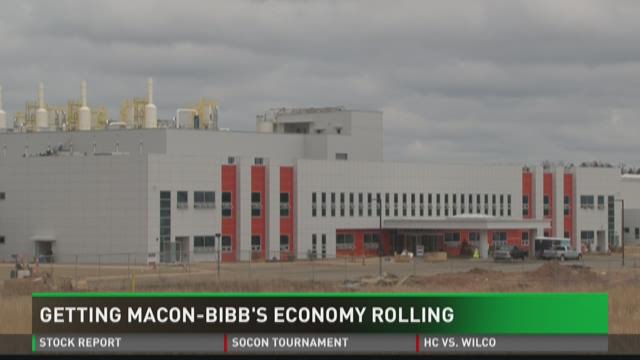 The new Kumho Tire plant in Macon is getting closer to opening. Crews are busy making test tires to work out any bugs. Fred Albritten is part of that process. He lost his Cooper Tire manufacturing jobs in Albany about ten years ago, so he jumped at the chance to work Kumho.

Albritten says, " I think it's a blessing for me and my other tire family we had in the past because we never thought we'd be able to do what we love doing."

The Kumho plant in Macon-Bibb is an enormous state of the art operation equipment that's expected to produce four million tires like these a year. Human resources director Jim Frentheway says, "I would love to show everybody the inside of the plant, but it's all proprietary stuff we pretty much built ourselves."

The operation uses something called PLCs, Programable Logic Controls a digital computer used to run equipment. More than four hundred PLCs will automate the tire-making process inside Kumho. " It's almost untouched by human hands. From the time it starts to the time we have a tire. Even loading, we don't use forklifts to load," says Frentheway.

Depending on the economy, Kumho leaders are looking at adding two more phases. Two more facilities as big as the current one with a workforce of about one thousand people.

Andrea Griner is the vice-president for economic development at Central Georgia Tech. She says, "Through economic development we will stay engaged with Kumho for years to come. We will be looking for ways to deliver customized training and support their operations however we can."

Topping says, "Since Brown and Williamson this has been the largest facility. The largest investment that we've had in Macon and Bibb so it's substantial boost to this economy." And it's not just about the Kumho plant.

"We have companies that have been here for two years, that once they're complete in their build out, they would have created 17 hundred new jobs and spent over 700 million dollars in plant and equipment. All of that eventually gets to the tax base, so that's a big, big boost for this area," says Topping