One group says voicing their opinions to Planning and Zoning isn't enough, so they put up signs to say 'no' one last time 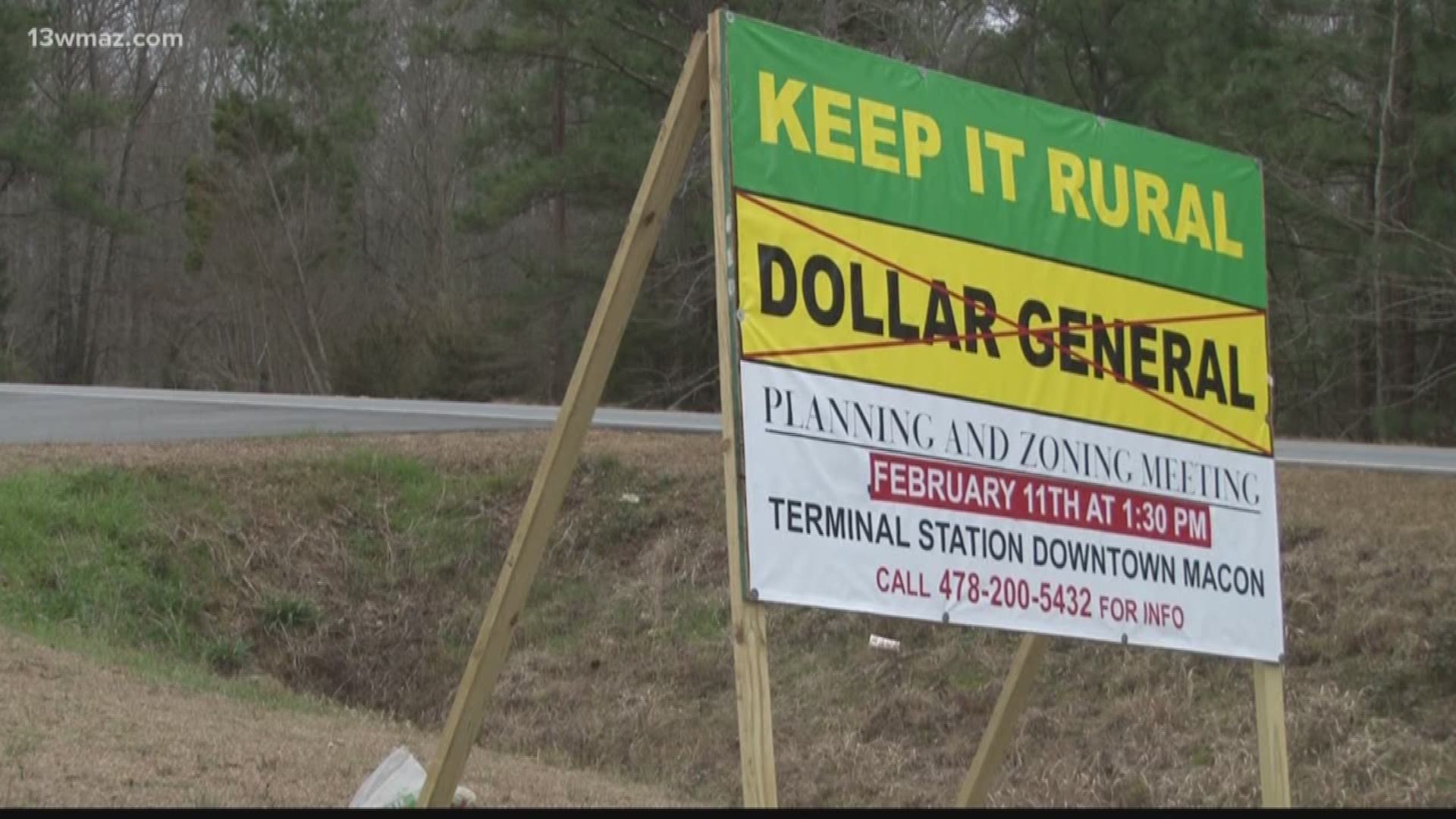 Greg Agen takes pride in his home. He says he moved to Macon with his wife for a taste of rural life.

But, Agen says a proposed Dollar General across the street right off the roundabout near where he lives would end his slice of countryside paradise.

“There hasn’t been any crime out in this area, so one robbery out here when they put this in is an increase of 100 percent,” said Agen.

He adds there's already a Family Dollar three miles away. He suggests building a house there, but they don’t need a commercial property.

He joined a group opposing the Dollar General. They put up signs in their yards and they have a big one they have been moving around the neighborhood.

At the last Planning and Zoning meeting, the group crowded the boardroom and booed the group's lawyer when the plan got deferred yet again because they needed to finalize plans with the engineer for the project.

Because Planning and Zoning has deferred the meeting so many times, Monday’s meeting will be at the government center at 1:30 p.m.

Agen says he's already taken off work to be at that meeting.

“If this does go through, I hope nobody in this area goes to it. In fact, I might hand out dollar bills and say go down the road for a dollar,” said Agen.

This time, the board will vote to either approve or disapprove of the plan.

Agen says if they decide to approve it, he'll make another decision -- to move.