How much do coin-operating gambling machines contribute to Georgia?

Bibb DA David Cooke has called for the machines to be banned, saying they feed addiction and cause more violent crime 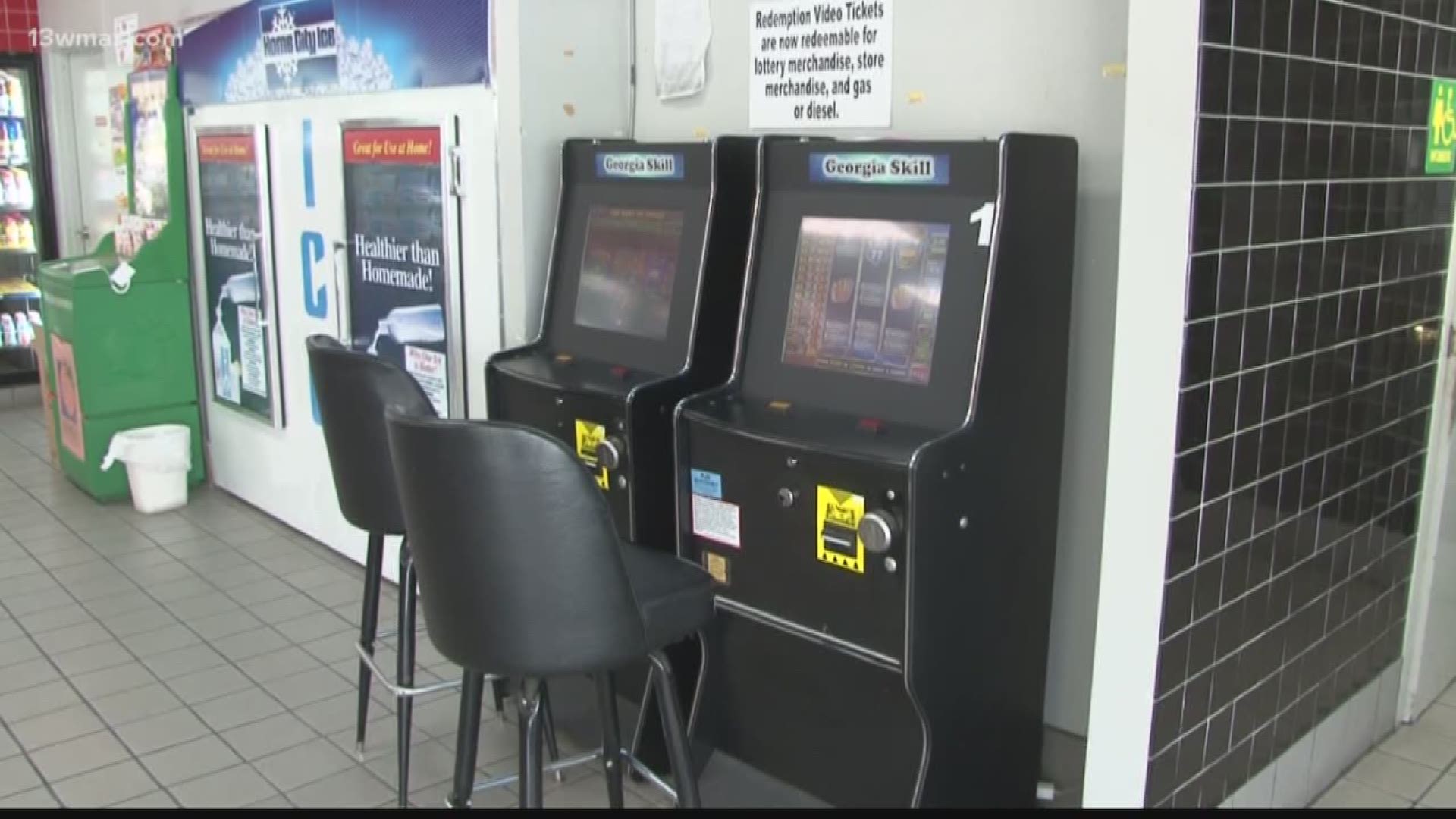 Jake Fincher, the co-owner of popular Macon restaurant Fincher's Barbecue, says he believes getting rid of the machines may solve some of those problems, but he knows first-hand the difficulty of curbing gambling addiction.

"Once I started, I couldn't stop. It overtook my emotions, everything," he said.

Fincher started betting on sports at a young age. He says the problem grew worse as he got older and turned to other forms of gambling like casinos.

"I could be sitting anywhere nowadays and gamble and nobody would know," he said.

He says the need to gamble is similar to a drug or alcohol addiction.

"You do anything you can to lie or manipulate a situation so you can come up with money, time."

It all caught up with him.

Cooke says people across the state are losing that and so much more -- many of them because of coin operated amusement machines.

"The data says a fraction of the money played at these machines goes to our kids and goes to our community," said Cooke.

That means around 2.5% of the money spent at the machines ended up in classrooms.

The rate is much higher for lottery drawings and scratch-offs, which gave roughly $1.14 billion to education last year, or just shy of 24% of the money played in those games.

Looking at it another way, of the $1.2 billion given to education last year, gambling machines contributed 5.5%.

Cooke says he believes the return is too low for the stakes to be so high, especially when it comes to violent crimes.

"People know they are going to have large amounts of cash," said Cooke. "Number one, to make the payouts and number two, just from people feeding cash into the ATM that they've got next to them. That makes them a target for armed robberies and murders."

Cooke also says the high number of these machines across the state poses an issue. According to the Department of Revenue, there are 4,586 places around the state with the machines.

Bibb County alone has 132 locations. Fulton County has 334 locations, which is the same number of casinos in the entire state of Nevada.

Cooke says the GBIs Commercial Gambling Unit has less than 10 members and there are roughly 50 Georgia Lottery employees charged with monitoring the machines. He says that's not nearly enough to fend off trouble.

After making his initial call to ban the machines in July, Cooke says he's received a lot of support from other district attorneys in the state. He says the next step is getting his message to lawmakers at the state capitol.

Warning Lights | Officers were recommended for termination at other agencies. Centerville Police hired them anyway (Part 1)

Warning Lights | 'If there's not enough of us out there... we can't protect everyone' (Part 2)

Warning Lights | How can we fix the statewide law enforcement shortage? (Part 3)