The suspect tried to run away but was located and arrested, according to the Bibb County Sheriff's Office. 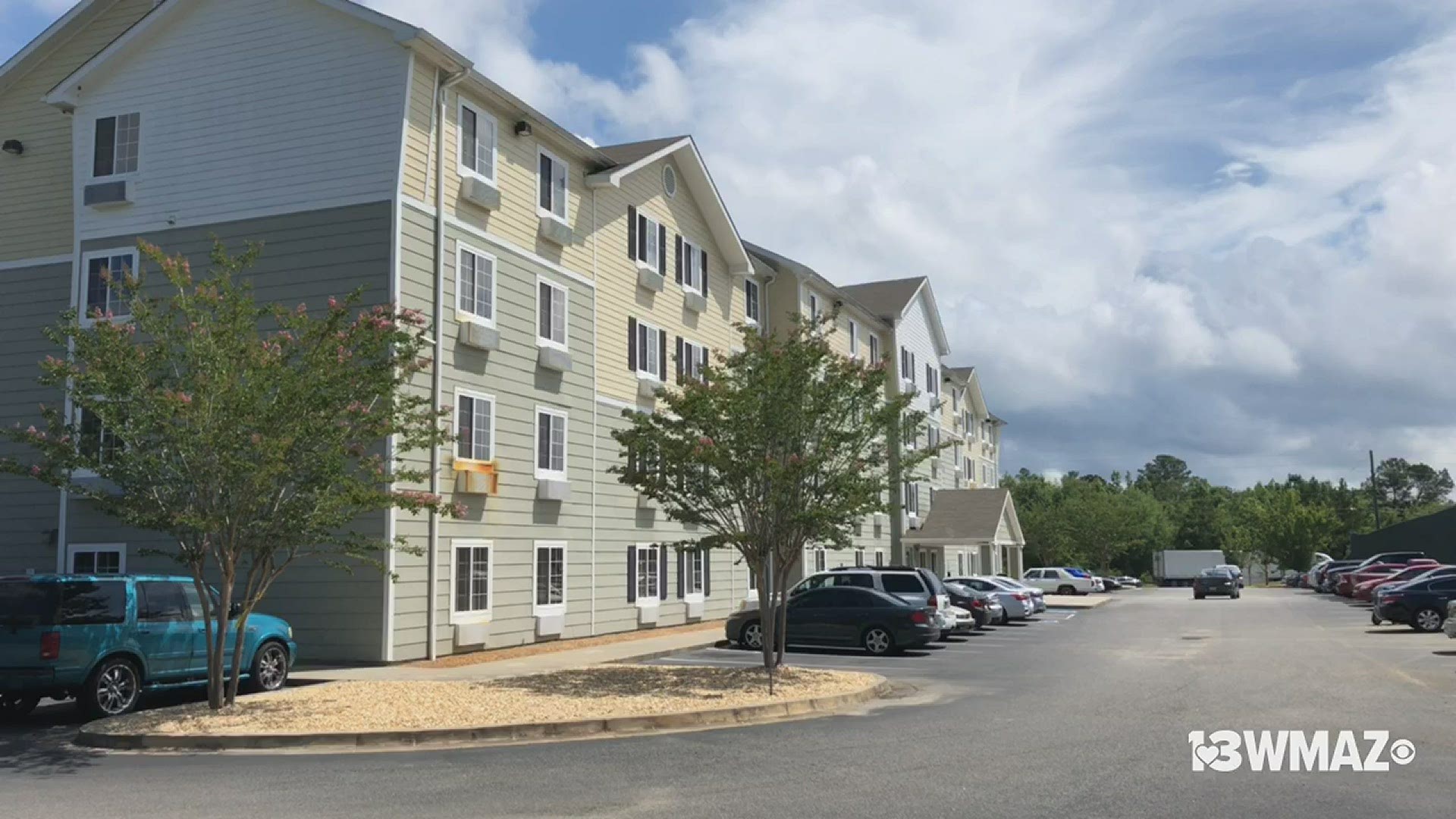 MACON, Ga. — A man is in jail after a shooting at a Macon motel left two people injured Sunday night.

The Bibb County Sheriff's Office said it happened at the Wood Spring Suites at 4949 Harrison Road around 5 p.m., according to a news release.

The release said witnesses reported three people got into an argument near the back parking lot of the motel.

At some point during the argument, 19-year-old Tellis Savalas Fudge, Jr. shot the woman and man involved in the situation.

32-year-old Ty Shown Moses and 26-year-old Kelvanti Lawrence both went to the hospital, according to the release, and are stable.

Fudge ran away from the scene, but deputies found him near an assisted living home at 4901 Harrison Road.

The release said he was arrested without incident and taken to the Bibb County Law Enforcement Center.

He is being held without bond,  and the shooting is still under investigation.

Macon woman arrested after boyfriend was stabbed during argument

Inmate death at Macon State Prison to be investigated as homicide