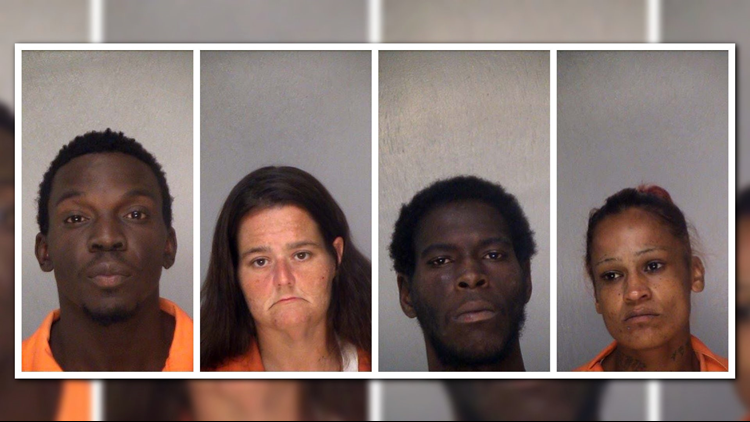 MACON, Ga. — Four people were arrested last week after deputies found them inside an apartment they didn’t live in.

According to a news release, deputies responded to the Chambers Cove Apartments on Chambers Road around 1:30 p.m. Friday.

They were told there were multiple people in the apartment taking items. When deputies arrived, they found four people inside and took them into custody.

They were identified as: Melanie Haslinger, 40, Brenda Carrasquillo, 37, Darryes Hill, 30, and Bakari Donaldson, 30.

All four are charged with burglary, and Donaldson has an additional charge of probation violation.

Donaldson, Hill and Carrasquillo are being held without bond. Haslinger’s bond is set at $22,200.