After enlisting, future soldier donates hair he grew for 15 years

After enlisting in the Army, Reynaldo Arroyo decided to donate the hair he had grown out for 15 years to Locks of Love. 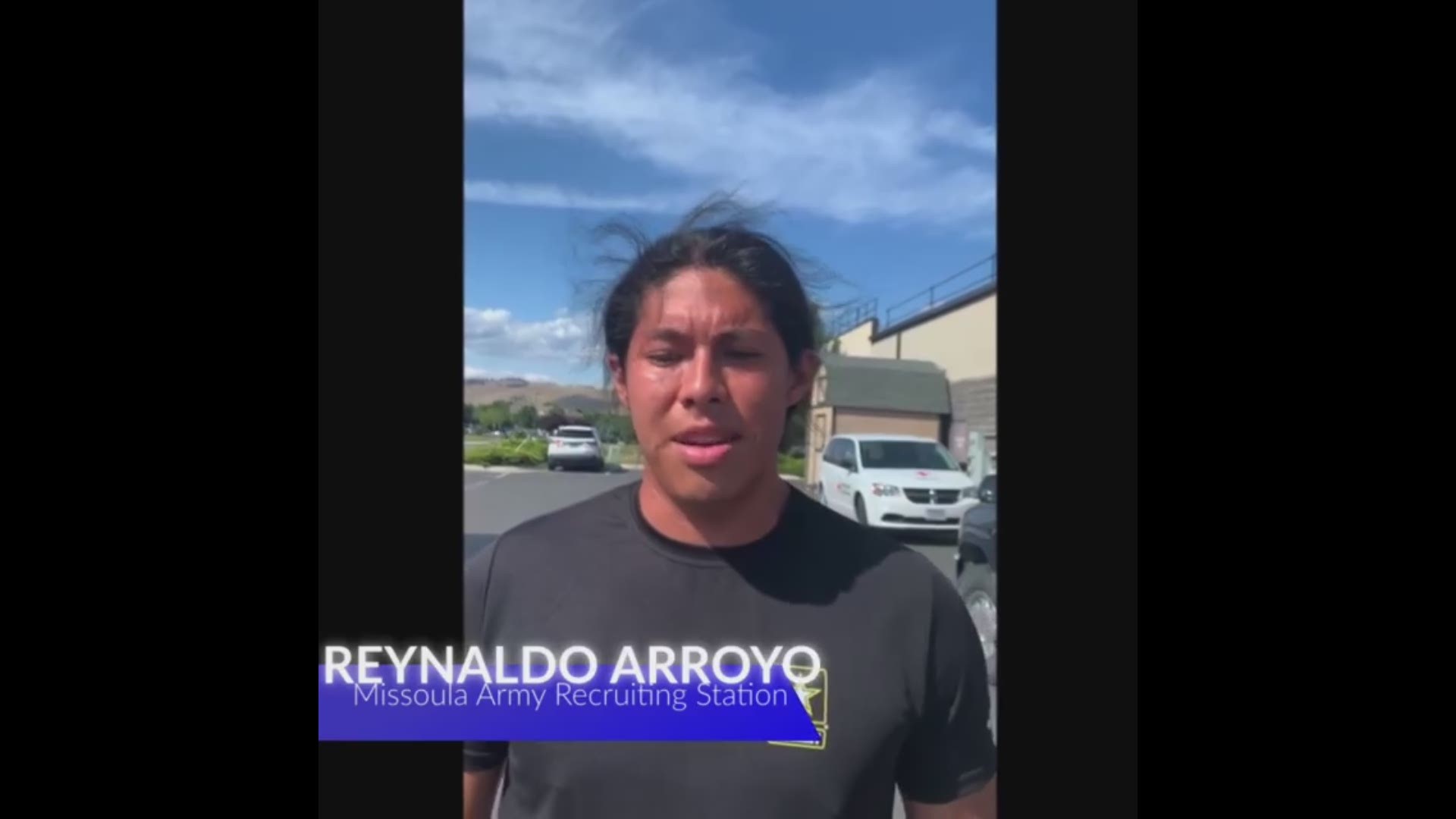 MISSOULA, Mont. — This future soldier made more than one sacrifice when he enlisted to serve in the Army.

While at the Army recruiting station in Missoula, Mont., Reynaldo Arroyo said goodbye to the dark, lengthy locks that fell nearly to his waist-- hair he hadn't cut in 15 years.

After enlisting as an Infantryman with the Army Airborne at the Missoula Army Recruiting Station, Arroyo underwent his inaugural haircut.

The stylist sectioned off Arroyo's mane into multiple long ponytails and cut them off before cropping his hair short. The ponytails will be sent to the non-profit Locks of Love.

The organization collects hair donations like Arroyo's to make natural wigs for children who are dealing with medical issues that cause them to lose their hair.

Arroyo's momentous haircut was caught on camera and posted on Facebook on Aug. 16 by the Salt Lake City Army Recruiting Battalion.

"He decided to cut his hair in exchange for a brighter future with the Army," the battalion wrote in the post.

"I moved out here from California, and I'm just really excited to be enlisting in the Army," Arroyo said in the video.

RELATED: Former Marine helps other soldiers heal by 'walking off the war'

"Hopefully some lucky little girl is going to get [the hair]," he said with a smile.

The battalion shared photos of Arroyo post-haircut, posing in a black Army shirt with his ponytails gathered in two bags, his long locks contrasting with his new short, cropped cut.

HeartThreads are the best stories about the best of us! Want more? Follow us!