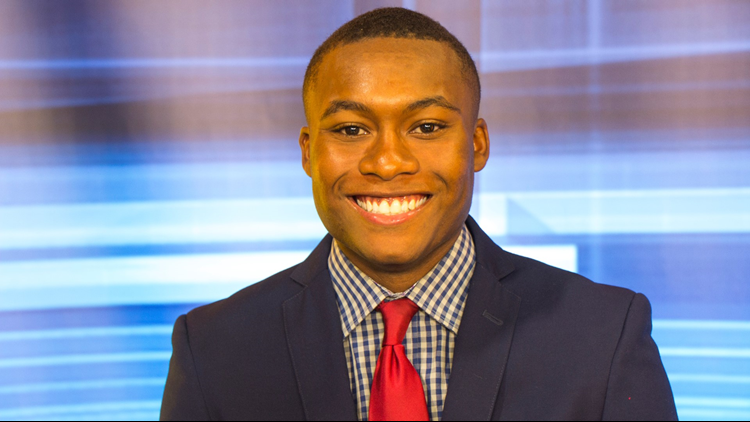 Avery Braxton is a Sports Multi-Skilled Journalist for 13WMAZ News in Macon, Georgia.

Avery joined the team on the news side in July 2018. After a year handling general news assignments including politics, crime and daily affairs, as well as assisting the sports team during their popular weekly Football Friday Night show, he transitioned to the sports team in August 2019.

Avery joined the team full-time after interning for a semester in the spring 2018. He’s a proud graduate of Mercer University’s Center for Collaborative Journalism and is very excited to be covering Central Georgia after living here for four years!

While at Mercer University, Avery interned for nearly every news outlet in the area covering a variety of topics including Mercer and The Telegraph’s coverage of blighted communities and race in schools. He traveled to Atlanta twice, once for the Next Generation Radio Project where he covered a grassroots civil rights group called #ATLisReady and again for WSB-TV under their investigative team.

Avery also traveled to New York City in 2017 as a Knight CUNYJ Fellow and interned for NY1’s political show, Road to City Hall. He also worked as a sideline reporter, play-by-play, and color analyst covering his Mercer Bears on ESPN3 and was an ESPNU Campus Connection Reporter.

Avery is originally from Baltimore, Maryland, but grew up in Peachtree City, Georgia. He loves all things Atlanta and is also a big Baltimore Ravens fan. Avery is a proud member of Kappa Alpha Psi Fraternity, Incorporated. In his spare time, he enjoys participating in community events with his fraternity brothers, playing video games and playing basketball.

If you see him around town, feel free to say hello! And if you have a story idea, send them to abraxton@13wmaz.com or find him on Twitter @Brax_Avery.