The bear wasn't invited to the Forbes' home, but it was going to try and find a way in to their storage room. 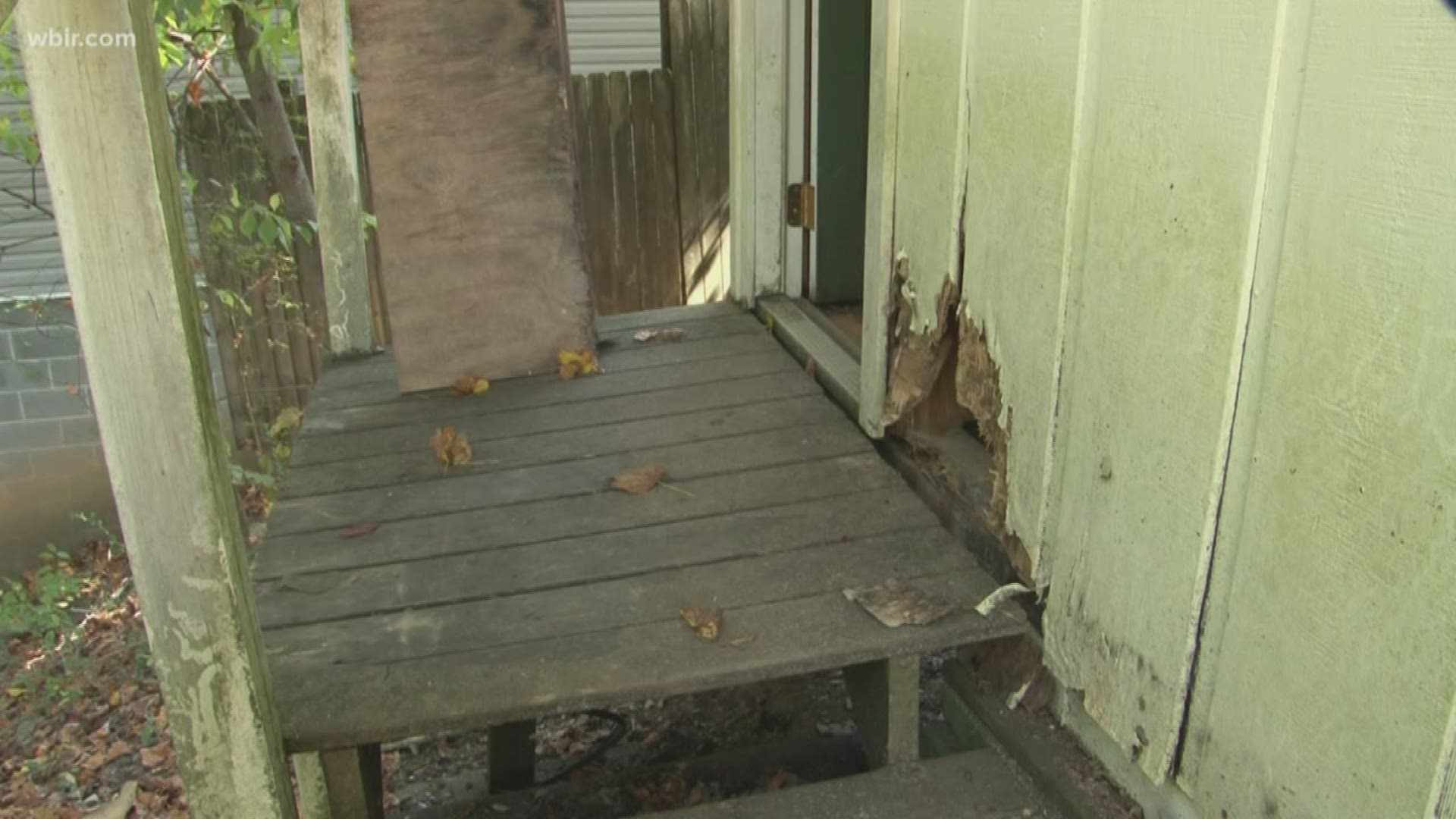 PIGEON FORGE, Tenn. — Everyone is okay after a bear clawed its way into a Pigeon Forge family's home last week, but a chunk of the house is gone.

Susan Forbes said she and her family were at home last Saturday when her daughter told her they might have a visitor at the back of the house.

"I look around the corner and what do you see? A bear sitting right there with a grin on his face," Forbes explained.

Forbes said the bear tried to force its way in through a hole it had created in her siding. She picked up the phone and called the Pigeon Forge Police Department.

"He tried sirens, he tried every little button he had on there," Forbes said. "One button got him. He got off the steps and walked around to the back of that little porch there and laid down."

The bear sat near her porch for close to an hour. When TWRA got there, Forbes said the bear recognized what was about to happen.

"He saw the tranquilizer guy come out and he knew what that gun was," Forbes remembered. "He got up and ran down this hill."

Officers were able to put the bear to sleep and relocate it.

"They got him," Forbes admitted. "It took three huge darts to get him down."

Susan said she had no trash around her house and can only guess what the bear was after.

For now, all the Forbes family can do is board up the hole and hope they don't have an encounter like this again.

"They can come and go through this yard any time they want to, just don't eat my house," Forbes laughed.

The park always recommends if you see a bear, do not approach it and contact the proper authorities.

A lot of people online were concerned that since the bear had two tags in its ears that meant it would be put down because "three strikes you're out."

But, the National Park's website says that's a myth. The park service tags and tattoos bears for identification, not to measure offenses.

RELATED: Adorable! Watch as Gatlinburg bear cubs hop in a hot tub to beat the heat, cuddle with mom

RELATED: Woman knocked over by bear during hike on Appalachian Trail