Macon Bibb commissioners made changes to the Mayor's 2020 budget, shifting funding to outside agencies, but including no raises for county employees. 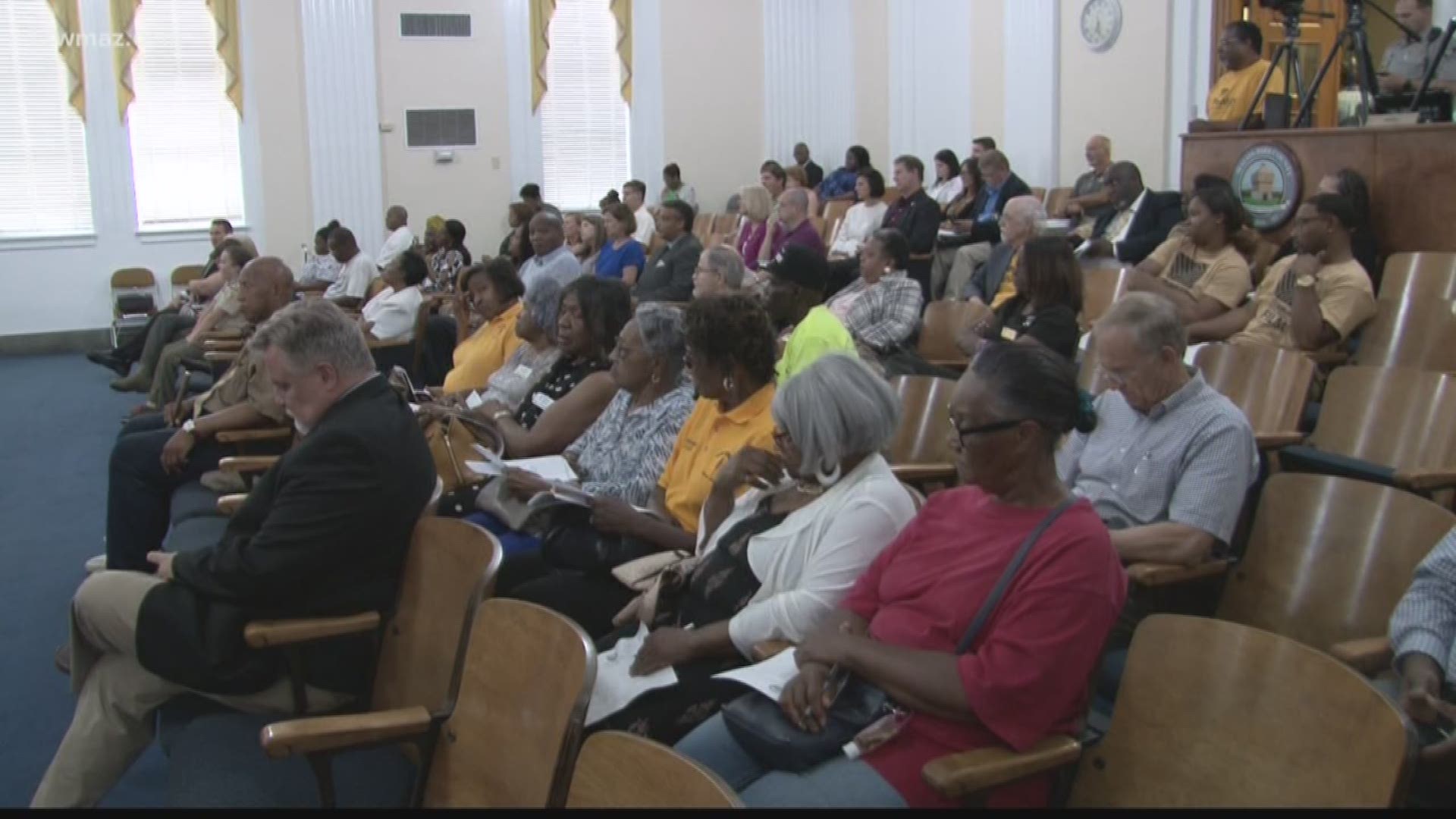 "I'm here to tell you that letter we wrote to the mayor and commission has been disregarded," said Davis.

Julie Moore, assistant to the county manager broke down some of the major changes made by the operations and finance committee.

RELATED: West Macon road may get a name change

"This budget of 164 million 500 thousand doesn't really address the concerns the employees have," said Moore.

The operations and finance committee led by chairman Virgil Watkins decided to designate $600,000 worth of increased hotel motel tax revenue to outside agencies like the Tubman Museum or the Douglass theater previously paid out from the general fund.

The new budget included $55,000 for the Macon Arts Alliance to pay for the Christmas light show in downtown Macon.

"We are budget neutral this is level funding for our departments and agencies. We're not offering any salary increase," said Watkins.

RELATED: New recovery center to be built in south Macon

After the presentation of the budget people like Tom Woodyard gave feedback, including frustration with county services.

"I'm tired of my garage stinking up and waiting every other week for the city to pick up my garbage," said Woodyard.

"I think it misses a lot of the greater needs in this community," said Watkins.

Watkins says he estimates it will cost more than a $1 million to give employees raises, in the meanwhile they could continue to loose employees.

"The fact we're loosing guys to smaller agencies in my opinion is quite disgraceful," said Davis.

Commissioners plan to vote on this budget at next week's meeting. In a preliminary vote with just 5 commissioners the budget passed 4-1- Joe Allen voted against the current budget.

Commissioners also added nearly $400,000 to the capital improvement fund to buy equipment for other departments.