The partnership will provide an aviation program for students and faculty at Central Georgia Technical College. 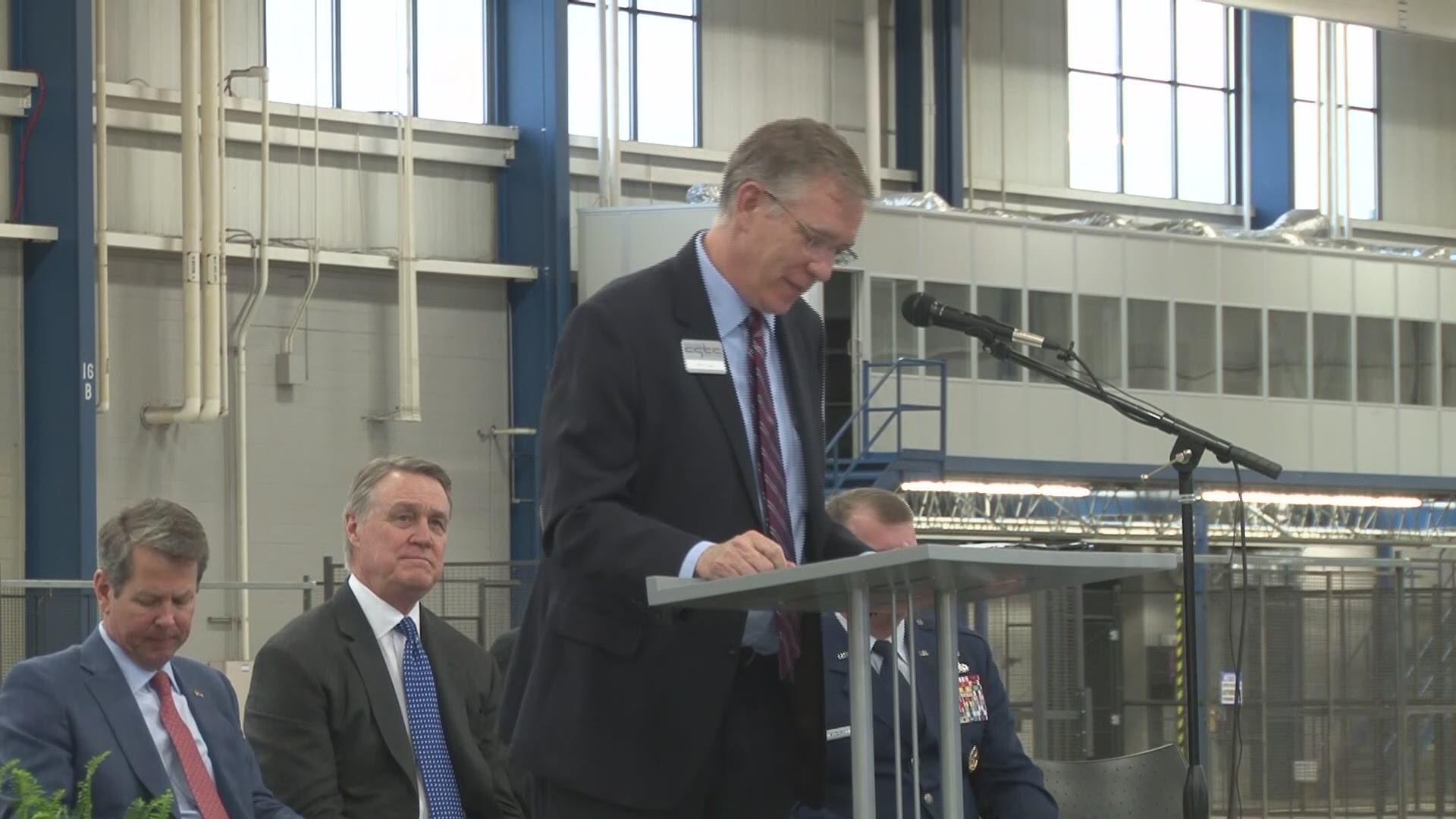 Robby Fountain, the chairman of the Macon-Bibb Industrial Authority, was the first to take the podium at the announcement.

Fountain spoke of the huge economic loss the community took when the Boeing facility closed. He explained how Dr. Ivan Allen, the president of Central Georgia Tech, pitched an idea for a partnership between Bibb County, Central Georgia Tech, and Robins AFB to help the community recover from the loss of the facility. He says what seemed like an idea that would never work is now coming to fruition.

"I am so thankful that we can stand here today and say that we have new partners in our community," he said.

Macon-Bibb Mayor Robert Reichert says the "innovative working arrangement" between federal, state, and local governments will have an incredible impact on our area.

Reichert said the partnership, which is the first-of-its-kind, will strengthen and support Robins AFB, demonstrate the commitment of the region and state to Robins AFB, and create a sustainable workforce pipeline for Robins AFB and other aerospace organizations. Most importantly, he said the aviation program will offer mentorship between experienced civil service employees and the students and faculty at Central Georgia Tech.

Central Georgia Tech now has two aerospace structural programs through the new partnership that will operate out of the former Boeing facility.

RELATED: Behind the Lines: Women at Robins AFB