Bradford pear – the next worst thing since kudzu

There are two times a year when the public can really see the full extent of the Callery pear infestation of our fallow fields. And, make no mistake about this. Today's fallow fields are tomorrow's forests. 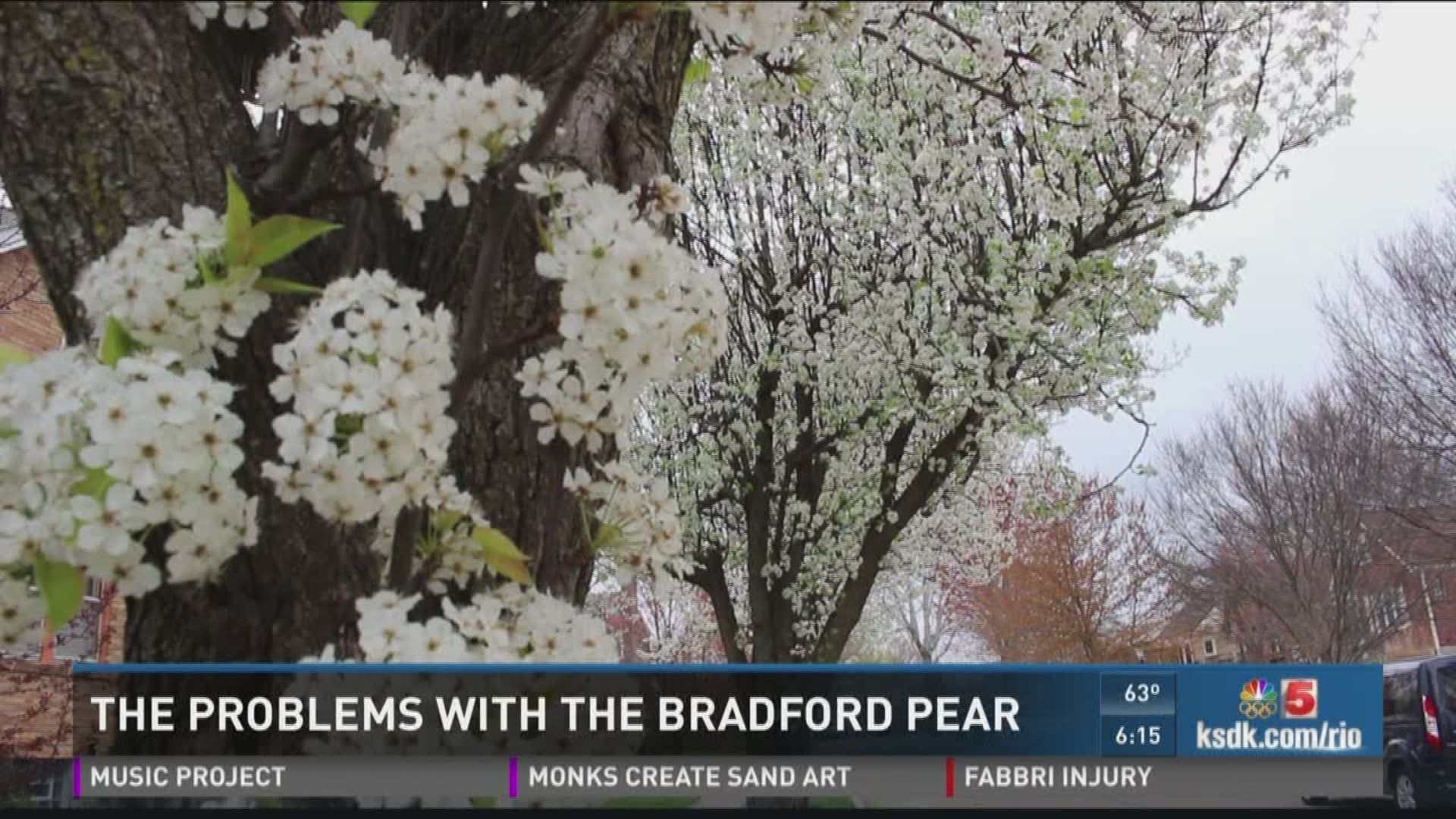 There are two times a year when the public can really see the full extent of the Callery pear infestation of our fallow fields. And, make no mistake about this. Today’s fallow fields are tomorrow’s forests.

The times when this infestation is most obvious is in the spring when these pears can be seen blooming by the millions, and in the fall when Callery pears show their red color on waxy leaves that don’t decompose. The picture of this fallow field located between two subdivisions sadly mis-planted with Bradford pears illustrates this point.

The wild pears depicted here are the progeny of Bradford pears. They are Callery pears, a reversion to the ancient pear trees found wild in the mountains of China. In 1918, in an effort to crossbreed wild Callery pears with fruit producing Bartlett pears, seeds were gathered by scientists from the USDA. It was hoped that cross breeding would lessen the problem desirable fruiting pears were having with the dreaded disease of fire blight.

These crossbred trees were observed for thirty years at the USDA facilities in Glen Dale, Maryland. Unfortunately, the problem with fire blight persisted unabated, and the project was abandoned. However, the research scientists did note that some of these trees had characteristics they considered to be ornamental, and they selected some trees for further study.

These ornamental pears were deemed to be sterile hybrids that would not interbreed among themselves. Further studies were conducted that showed this to be the case. The trees were named Bradford pears in honor of F.W. Bradford, a respected retired scientist who had nothing to do with the development of this tree. No two Bradford pears will ever crossbreed among themselves.

The trees were introduced to the public in 1964. They were fast growing and transplanted well, and therefore cheap. However, problems soon developed. The steep V crotch branch structure of Bradford pears is the weakest branch structure in nature, and this inherent problem manifested itself whenever the wind blew hard or ice covered the limbs.

Bradford pear soon proved to be a dangerous tree, and cities that once used them for street trees began to realize the liability involved. Because of this, no city anywhere is presently planting Bradford pear.

However, the dangerous nature of Bradford pears is not the worst problem this tree possesses. As it turns out, Bradford pears are not sterile. They crossbreed indiscriminately with every other kind of pear in the environment. They are grafted on to common pear root stock. This root stock will sucker and flower itself, and this crossbreeds with Bradford pear.

Also, in a misguided effort to lessen the dangers of Bradford pear, other pears with branch structures slightly more resistance to splitting apart were introduced to the market. Pear trees such as Aristocrat, Chanticleer and Cleveland Select were introduced. Once these trees were introduced, the disaster exploded exponentially.

The millions of offspring of these pears has reverted to Chinese Callery pears. They are extremely variable in their appearance with most of them being quite ugly. They have thick thorns four inches long. They choke out native trees to the same extent as kudzu. In fact, Callery pear is the new kudzu, and is proving to be much more pervasive, with a range that is overwhelming 25 of our 50 states.

Please note the seedling trees growing in this broomsedge field. All of these seedlings are Callery pear, without a single oak, maple, hickory, pine or dogwood growing among them. There is no hope for a native tree ever growing here. If left untouched, this field will be an impenetrable mass of thorny pear in fifteen years. If left untouched without the presence of Callery pear, this field would be a fledgling hardwood forest in fifteen years.

If you have a Bradford pear, please note the proliferation of small fruit it now possesses. Birds will eat that, and spread those seeds indiscriminately. If you want to make the world a better place, go outside now and cut your tree down. If nothing else, your yard will be a safer place. Please note, however, Bradford pear does possess one significant advantage over native trees. It’s better for firewood!