When May Lee started working for the state during World War II, her office had no air conditioning, no carpeting, no nice lighting, no calculators and no frills. 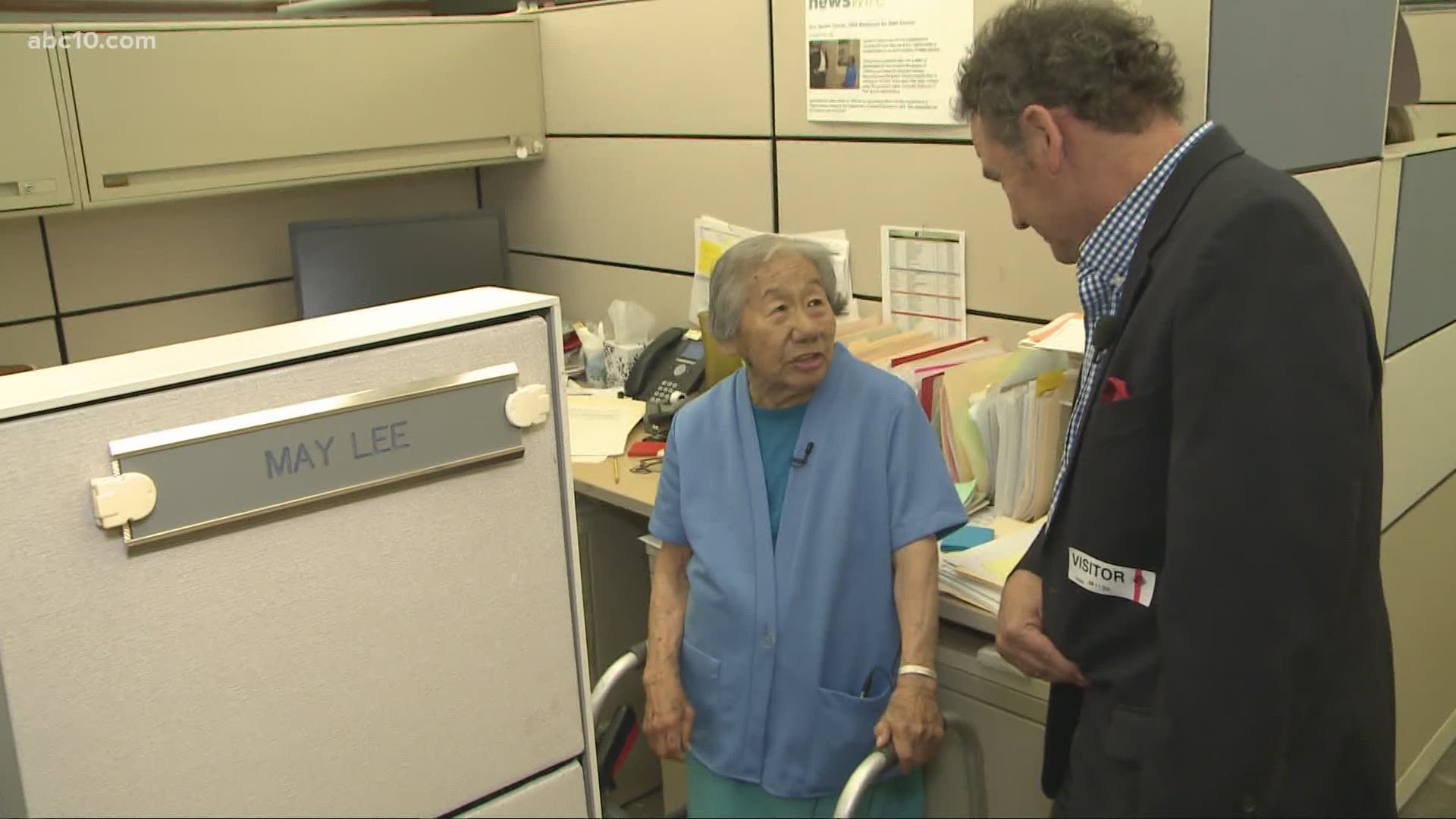 SACRAMENTO, Calif. — Tuesday, June 23, is May Lee's 100th birthday, an accomplishment for sure, but it pales in comparison to an even bigger story to tell.

But first, you might be asking yourself, who is May Lee?

Since then, she's worked in the California Department of General Services until partially retiring in 1990 at the age of 70. We say partially because she stayed on as a retired annuitant and volunteer.

When Lee started working for the state during World War 2, her office had no air conditioning, no carpeting, no nice lighting, no calculators and no frills. The biggest change for her since then she said is today, "you just press a button and information manually transfers from here to there."

And she's not just hanging out in the office to pass the time. She's actually the department's go-to person for any questions about data and numbers. One of her coworkers said "she finds lost money from 40 years ago."

Even in her advanced age, her mind remains as sharp as a razor.

"You don't have to do crossword puzzles, just to keep your brain. Volunteer, do something, be active and keep moving around," May said.

Koala and wombat become best friends while on pandemic lockdown

Local non-profit teaches how to feed yourself from the backyard