'I turned around and run to my dad and, I look back and he’s gone,' he victim's son said. 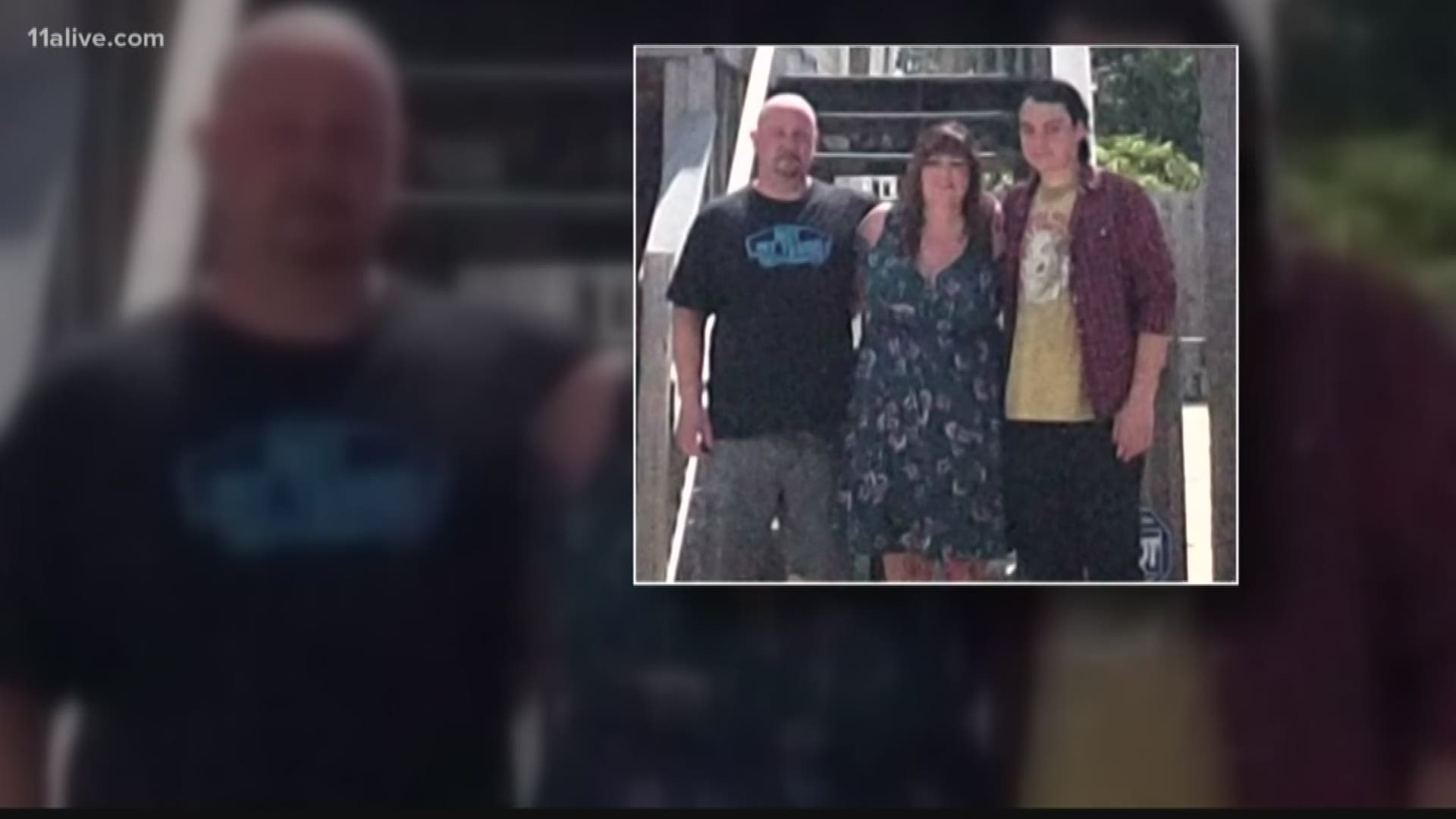 COBB COUNTY, Ga. — A family’s heart was torn apart in a split-second after a hit-and-run took the life of their loved one.

Early Wednesday morning, Cobb County Police were called to Cobb Parkway north of Lake Acworth Drive to respond to a person hit by a vehicle. The victim, Chris Makin, died from his injuries.

“He took my husband away from me and I don’t know how I’m going to live without him," said Leane Makin, who's mourning her husband's death.

Their son was there when the fatal crash happened. He cradled his dying father in his arms as the driver took off.

“It happened so fast. He asked if I was okay. I turned around and run to my dad and I look back and he’s gone," Isaac Makin said. "And the horn’s blaring and I mean, how do you have that little of responsibility for your own actions."

Isaac and his father Chris had been driving home from work. Chris works as a contractor and Isaac is his apprentice.

He told 11Alive that on U.S. 41 at Alatoona Lake, his dad was somehow distracted for a split second and struck a guard rail. He said his father got out to move his bumper from the highway. That's when a driver struck and killed him.

The Makins later learned that Cobb County Police surrounded the home of the suspect, Christian Martinez. After a standoff of about three hours, Martinez was taken into custody.

Police say Martinez wasn’t even supposed to be driving because his driver's license was suspended.

The Makin family is heartbroken over the loss.

"We just celebrated our 29th anniversary not long ago, Leane said. "He’s just sweet and smart and had the best sense of humor and always tried to make people laugh, cheer ‘em up. And he always knows what to do in any situation, and I wish he was here right now because I don’t know what to do.”

“He was the most truthful person ever," Isaac said. "He’d always correct me and make me the best I could be.”

Although they are saddened by the death, the Makins want to believe the hit-and-run suspect and his family are grieving too.

“I feel sorry for them because I can’t imagine going through what they’re going through either," Leane said. "But at the same time, he took my husband away from me. And I don’t know how I’m going to live without him.”