Brittany Kotarski was on Channel 2 after Thanksgiving to ask for Western New York's help and it paid off. She was able to help five families and two charities. 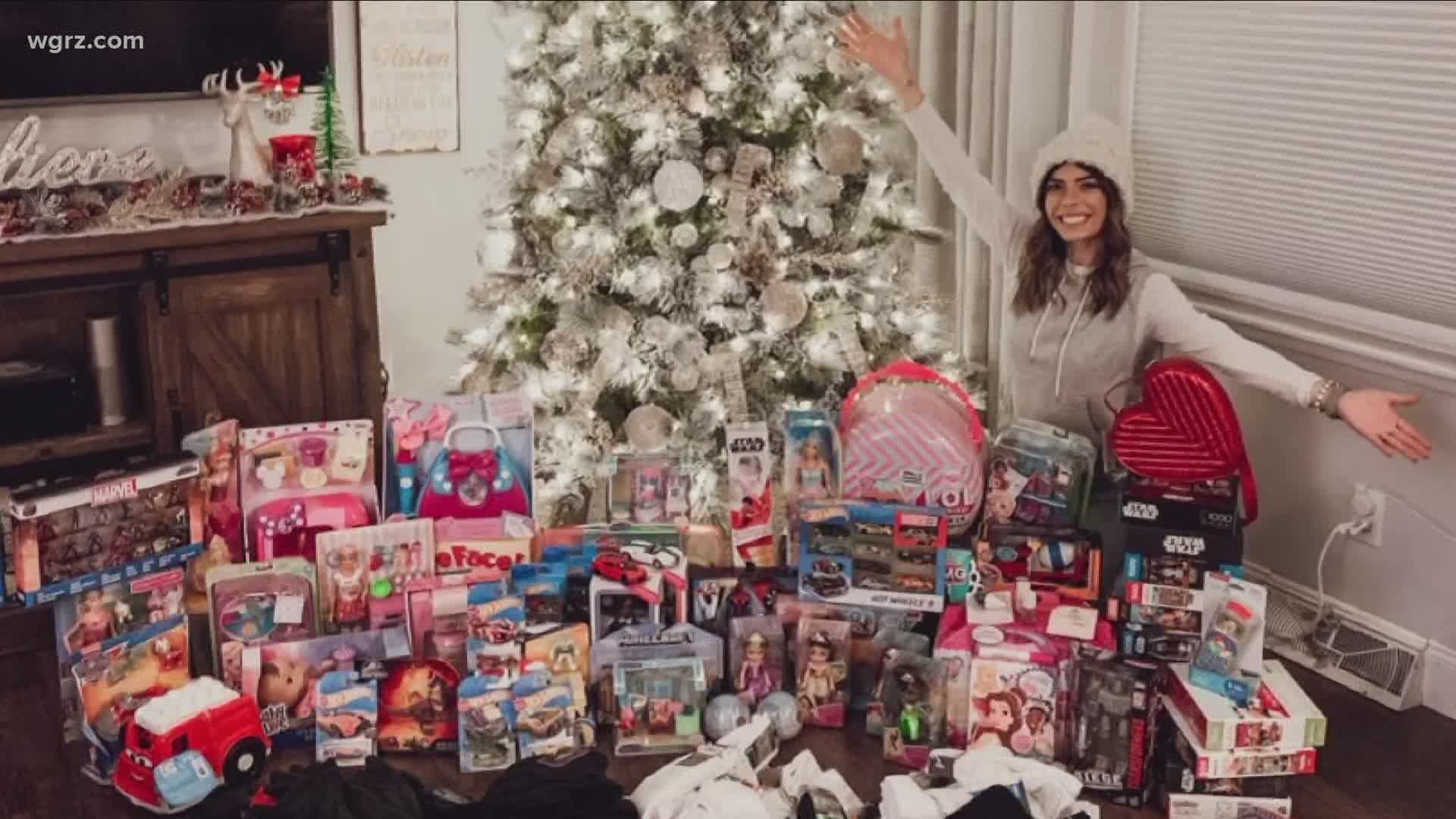 CHEEKTOWAGA, N.Y. — Last month a Cheektowaga woman asked Western New York to help her give back to families in need, and the community soon delivered.

Last year Brittany Kotarski's company did a giving tree. It sparked an idea in her that she could do more, so she started to raise some money.

She bought gifts for a couple families in need, including one displaced by a fire.

The other was for a mother who couldn't buy gifts for Christmas because her daughter needed brain surgery.

After Thanksgiving this year, Kotarski came on Channel 2 to ask you all for some help, so she could make a bigger impact this year.

Thanks to some kindness from all of you, she raised more than $7,000.

"The amount of checks I got were all from strangers. So for people to have that trust in me was incredible," Kotarski said. "It's insane what people come together to do."

Last year Brittany Kotarski raised $1,000 to buy gifts for families in need, as well as for homeless men, women and children at the Buffalo City Mission. https://t.co/aXPZQKWIba

Kotarski bought gifts for five families who have had a tough time this year, many of whom lost their jobs because of the COVID pandemic. One of them includes the Maxwell family, who was displaced by a fire just a few weeks ago.

Family friend Stephanie Navas was already starting to get donations for the Maxwells when she found Kotarski on social media.

"The amount of things that she was able to get for this family to help them, I cried. It was really nice because especially with everything going on, it's almost like kindness has been lost and this was such an amazing act of kindness from her and I know that the family appreciates it," Navas said.

On top of that, Kotarski was able to give $1,000 to the Buffalo City Mission, and $1,000 more went to the Make-A-Wish Foundation in Buffalo this Christmas.

Though she may be done with asking for donations this year, Kotarski has a simple request for everyone.

"Small things that may not seem like a big deal to you but it goes a long way so I just really recommend any amount, instead of buying a coffee one day, to just donate to charities here and there goes a long way," she said.

Seems like the perfect way to spread a little more of that Christmas spirit 365 days a year.