One Atlanta-based group is working to build a new town here in Central Georgia that is meant to be a safe haven for Black families. 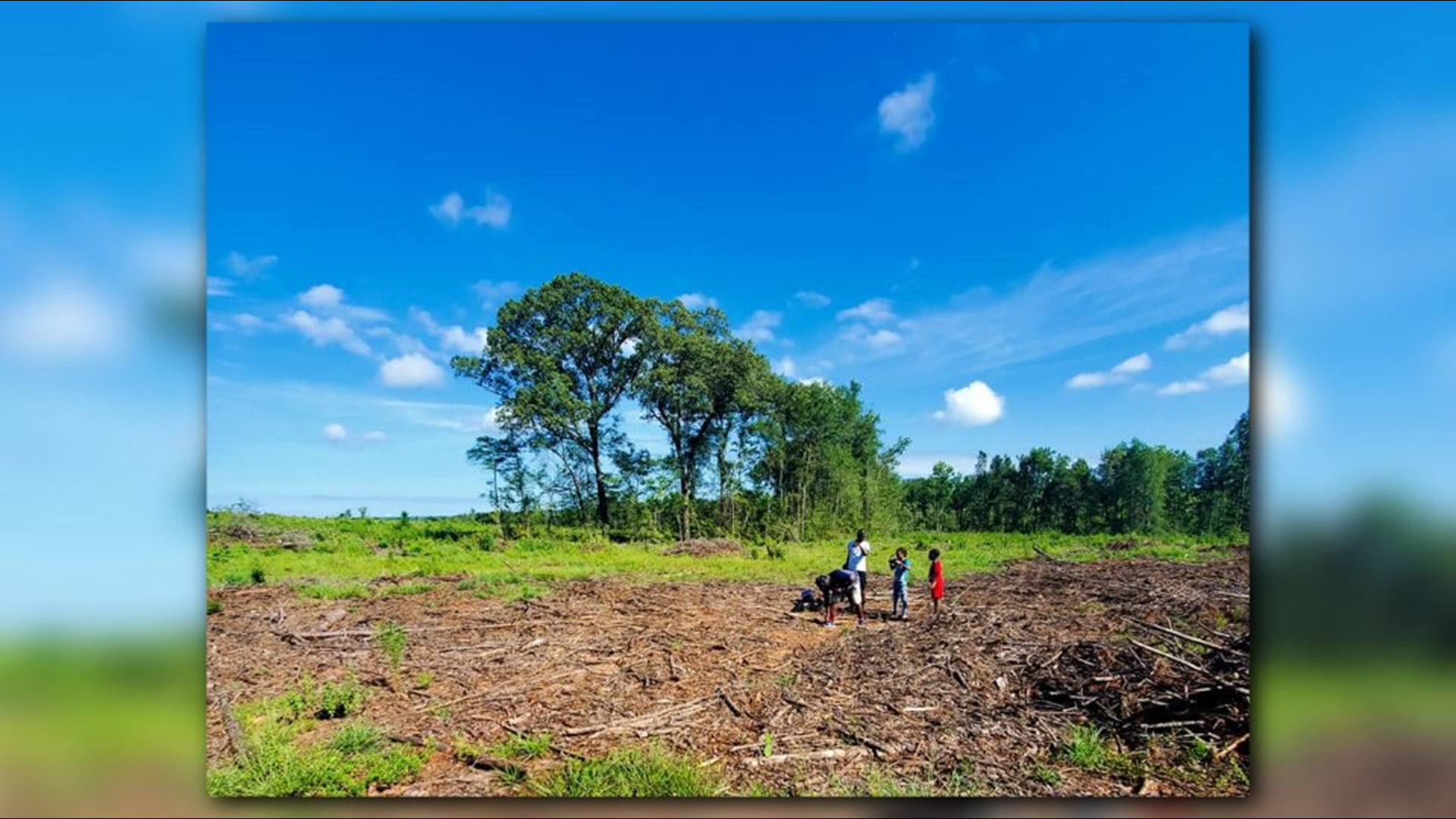 WILKINSON COUNTY, Ga. — Soon 96 acres of land in Wilkinson County will be called Freedom, Georgia, and it's thanks to 19 Black families who will be moving in.

"When we stepped on the ground that we ended up purchasing, it was as if the ancestors themselves said, 'This is your land'," Georgia Freedom Initiative vice president Ashley Scott said.

Scott says when she and president Renee Walters drove down from metro-Atlanta to find land for sale near Toomsboro, they knew it was perfect.

"As we drove back home from Toomsboro that day, we had made up in our mind that we were going to bring this opportunity to our friends, to our family, to people we knew were like-minded and wanted to create generational wealth," Scott said.

After getting people on board, the Freedom Georgia Initiative was born.

"The idea was to create an LLC that would allow us to purchase the land, be able to do businesses on the land, and capitalize on whatever might be coming to Toomsboro," she said.

Scott says the goal is for the town to be self-sufficient, and keep the money within the economy, eventually creating generational wealth within families.

Initiative president Renee Walters says it's something that can be done as long as there's like-minded people around you.

"It's not as hard as you think it is to get your friends together and build, and have something of your own," Walters said.

Scott says they closed on the land at the end of July and they are in the bidding process, trying to figure out what recreational activities and vendors will be on the land first.

She says families won't begin to start building homes or moving in for another year or two, and for now, the land will be a sanctuary.

"In the midst of protests, in the midst of pandemics, you can literally go out to this vast land and get your mind freed up to be creative, to think," Scott said.

This project is in partnership with the Black Achievement Fund, a non-profit based out of Atlanta.