High school teen at center of TikTok post gifted with $9,000

A father and son were trying to raise money for the teen after seeing him hustle at Whataburger. 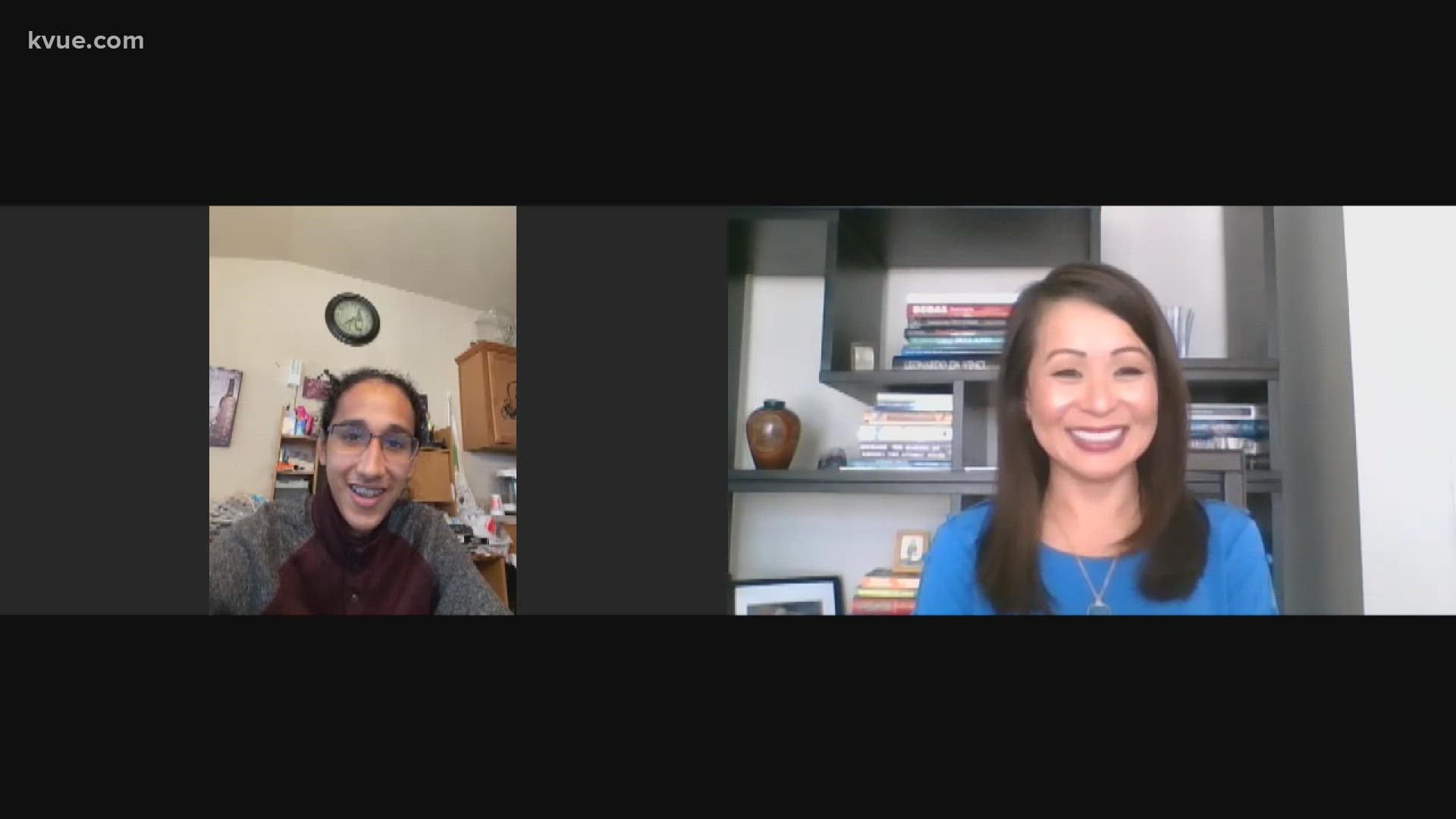 LEANDER, Texas — Like many Texans, Cody Trapp and his 8-year-old son, Preston, are frequently at Whataburger.

That's how they know it can take a while to get their food.

"We were sitting there, and everybody knows it takes about 30, 45 minutes to get your food," Trapp said.

On the last Friday night of August, the two noticed something, or someone, unusual.

The Trapps were so taken with the teenager that they made a video of the teen and posted it to TikTok. The video only lasts a few seconds. It shows the employee holding drinks and straws in both hands, taking the order to a car.

Tag whataburger to get them to notice this man. He needs a raise. #texas #whataburger #raise #fyp #leandertx

That video was posted a month ago. Since then, Trapp reposted it two more times, all three videos garnering more than 2 million views. A GoFundMe has also been created to raise money for the hardworking teen.

Preston said he knows he would never hustle like the employee.

"If I was a Whataburger worker, I [would] probably not run," he said.

That's why the Trapps appreciate the teen's hard work.

Trapp eventually reached out to the Whataburger worker and discovered he's an 18-year-old Glenn High School senior who works the graveyard shift Friday and Saturday nights after attending school Monday through Friday. His name is Danny Trejo.

That was Trejo's initial response when he first found out about the TikTok post. Trapp's act of kindness took him by surprise.

The 18-year-old, who said he isn't even on social media, found out about the posts the old-fashioned way.

His mom, Ester Mata, said she has always known her son is a hard worker. Now everyone else knows too.

"They loved that he was very energetic and going over and beyond happy," Mata said.

When KVUE first reported this story, the post has raised a little more than $340 – a modest amount, but Trejo said it's not the money that matters to him.

It's the gesture that he considers priceless.

The Trapps eventually raised $9,000 for Trejo and surprised the teen with the money at Whataburger on Oct. 2.

John Hinckley, who shot Reagan, to be freed from oversight