Six months ago, nearly a dozen students began working on building a tiny house to fight homelessness in their community 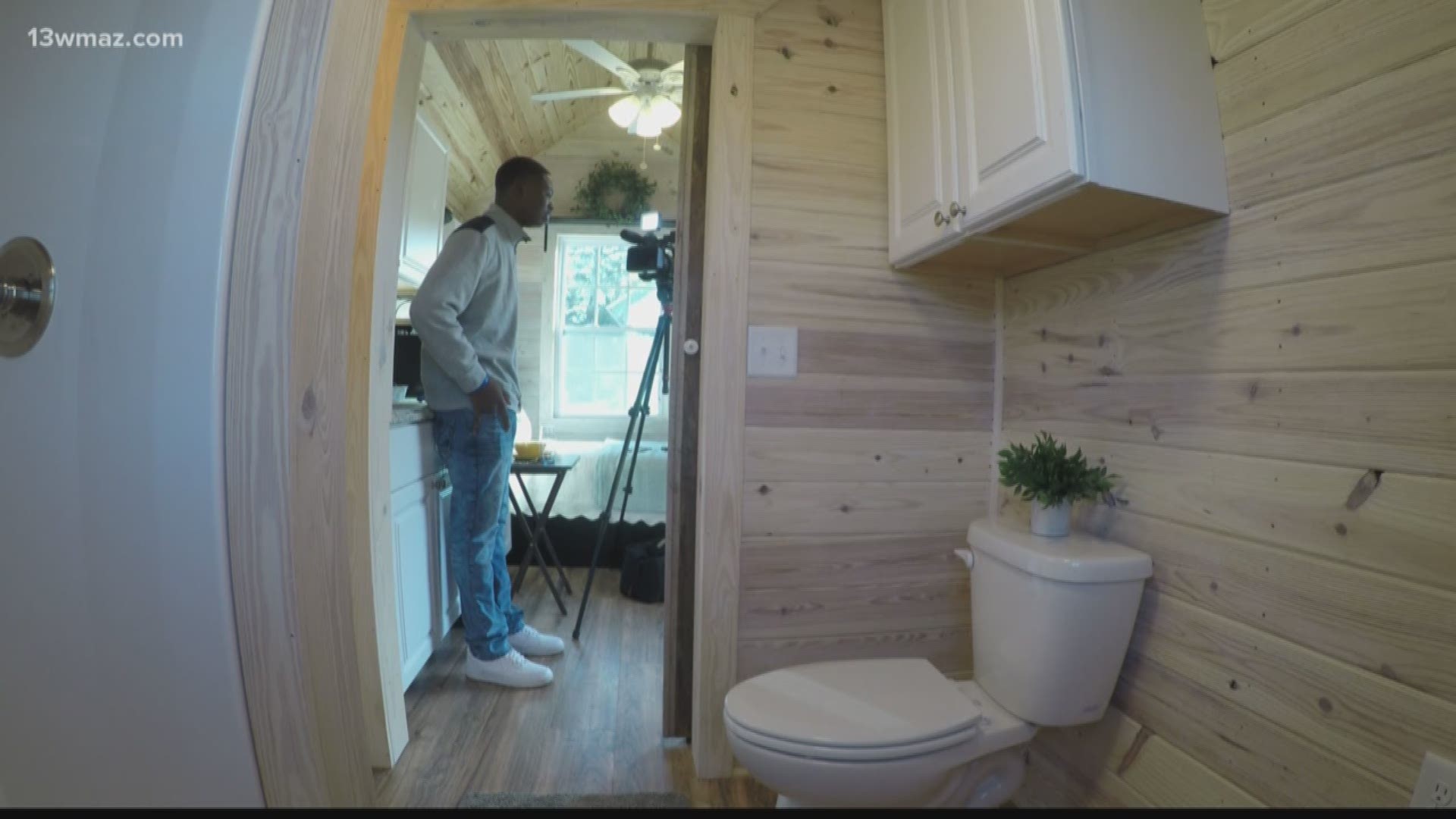 DUBLIN, Ga. — Back in August, we first reported high school students in the Emerald City who are working on tiny houses to fight homelessness.

Well, we have some good news to share about the story...

After six months, 11 students at Dublin High School have finished their first tiny house and it's not necessarily accomplishment for the students, but a new resource for people who are homeless in the community.

"I wasn't expecting it to be like this, I thought it was going to be something small we were going to tear down," Jaquarius Plummer said.

Plummer is one of about a dozen students who help build a $10,000 house -- one that he hopes will have a big impact.

"What they're planning to do with it in the future -- giving it to the homeless -- I feel like my job is going to affect someone else's life," Plummer said.

The Tiny Houses will move from Dublin High School to Widows Oil Ministry, a faith-based nonprofit that helps the less fortunate in Laurens County.

"Any kind of program, where they are vetted, they have been through a program, they can come and spend three to six months, low rent, and support from us, and get themselves back into society, and a chance to catch up," said Pamela Otts, co-founder of Widows Oil Ministry.

The students building the home kept comfort in mind at 128 square feet. You have a bathroom, a washer and dryer hook up, a refrigerator and even a TV all in the tiny house.

Otts says she currently has three tiny houses on her property, but says this home built by students will have a special place in her heart.

"It gives them a skill, it gives them a sense of pride, you know, their self-esteem, and when they go out in the world they know there is something different they can participate in," Otts said.

Plummer, a Dublin native, says he knows he completed a task that will leave an everlasting mark in his own backyard.

"Once we're done here, we're done, but this house is going to be up, and it is going to affect the rest of their life," Plummer said.